Skip to main content
Upload Proof of Vaccination
Reminder: All students, faculty, and staff must be fully vaccinated against COVID-19 and upload proof as a condition of accessing College buildings (including the residence hall) during the 2021-2022 academic year.
In the Spotlight
September 10, 2020 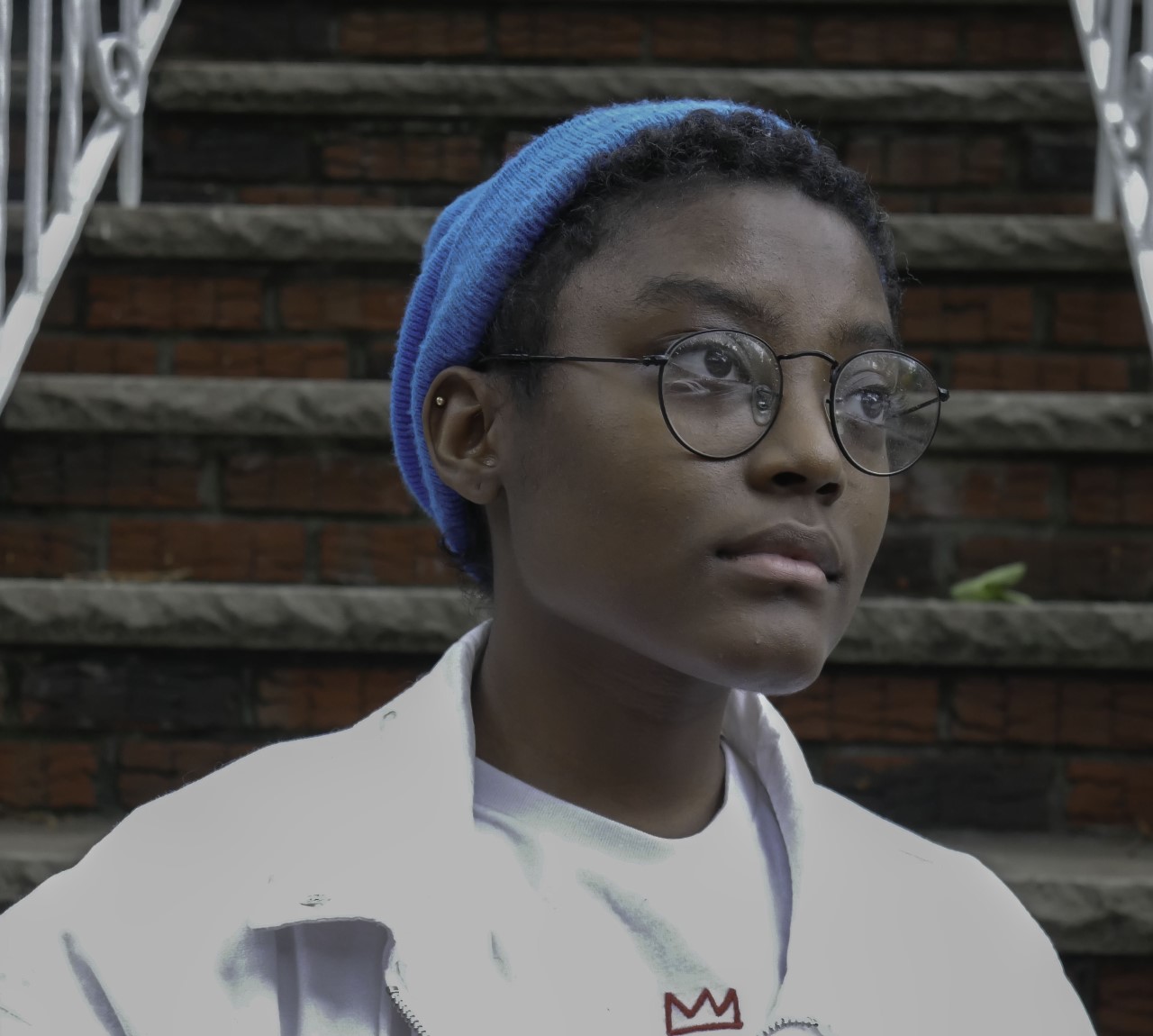 The spring pandemic lockdown turned out to be a time of creative inspiration for Nyomie "Xan" Black, who uses pronouns they/their/them.

A student in Professor Augusta Palmer's spring 2020 Basic Media Production course, the Communication Arts major had to complete that class' final film project with the unexpected wrinkle of working entirely remotely. Their muse proved to be right under their own roof. They decided to document the ruminations of their little brother Micah as he reflected on the impact of the lockdown on his own life, encapsulating the loneliness and rootlessness felt by many during that time.

Xan, who also creates film posters, shared the four-minute final piece – A Smaller World – in their online portfolio at www.madebyxan.com and promoted it on Twitter to their nearly 10,000 followers which include acclaimed filmmakers Alma Har'el and Barry Jenkins.

That online exposure brought Xan film-industry attention. In June, they were interviewed on a podcast by Free the Work, a company that promotes under-represented populations in creative industries. In August, BFI Film Academy featured Xan in one of its SCENE events, an Instagram Live series with emerging talent aged 16 to 24.

The NewFilmmakers Series will screen A Smaller World as part of its Corona Virus program on November 17th.

Xan recently shared their thoughts on making A Smaller World and their life at SFC and beyond.

Your short film A Smaller World is getting great accolades. How did it come about?

Aside from it being a final project for Dr. Palmer's production class, around that same time everyone was on lockdown...We literally could not leave our house and we couldn't do anything creatively. I'd say that was ironically the motivation of making this film because I believe we're all affected in different ways...and my little brother [Micah], being as little and insightful as he is, definitely had a lot to say...He pretty much simplified what it meant to be a first grader and locked down.

A lot of the shots [in a Smaller World] are very much impromptu. I put [Micah] on a bed and asked him to do whatever he wanted...He's very elegant and really, really good.

Your work has received attention from organizations like Free the Work and BFI Film Academy. How did groups and people outside SFC see the film?

Nowadays a lot of people are just reaching out via social media platforms, and you don't really know who is going to see your [work there]. And that's pretty much what happened.

It helped a lot with my self-esteem. Before lockdown, I had two films in production that I was looking forward to working on, and everything was put on hold. A Smaller World ended up being the first one I put out there. For BFI and Free the Work to notice was very overwhelming because it was really unexpected.

How has being an SFC student fueled your passion for film?

There is a small intimate [filmmaking] community here that drove me creatively. Especially Dr. Palmer...she became a mentor in a way. We are on the same playing field with our interest in film. Dr. Palmer and the intimate community at SFC definitely propelled me to create in a way that I didn't think I could.

You transferred to SFC from Parsons School of Design, starting SFC in fall 2018. Why?

[Parsons] was expensive. I just couldn't make whatever it was they wanted me to pay...I couldn't afford it.

SFC came into the conversation.My dad brought it up, because it's his alma mater. He told me about their writing programs, the communication arts program, and me just trying to find a community.

Some famous people in entertainment and film, like director Barry Jenkins, have seen your work. How did that happen?

It was all through social media. Nowadays it's so easy to make a portfolio and just put it out there. It gets overwhelming because you don't know who is seeing it. At the same time, these people know your contact [information], they see who you are and want to keep up with you. Those people seeing my work, it's a confidence boost.

What are your professional aspirations?

That's a broad question. It changes over time. One minute I say I want to do graphic design, and the next I want to get into filmmaking.

In terms of what I want to do, I'd say I want to create.