Skip to main content
Upload Proof of Vaccination
Reminder: All students, faculty, and staff must be fully vaccinated against COVID-19 and upload proof as a condition of accessing College buildings (including the residence hall) during the 2021-2022 academic year.
Academics
May 17, 2011

Mr. Feinberg is currently Administrator for the Gulf Coast Claims Facility in response to the Deepwater Horizon drilling disaster in the Gulf of Mexico. This is just the latest high profile case Mr. Feinberg, an attorney, has presided over as one of the nation’s leading experts in mediation and alternative dispute resolution. 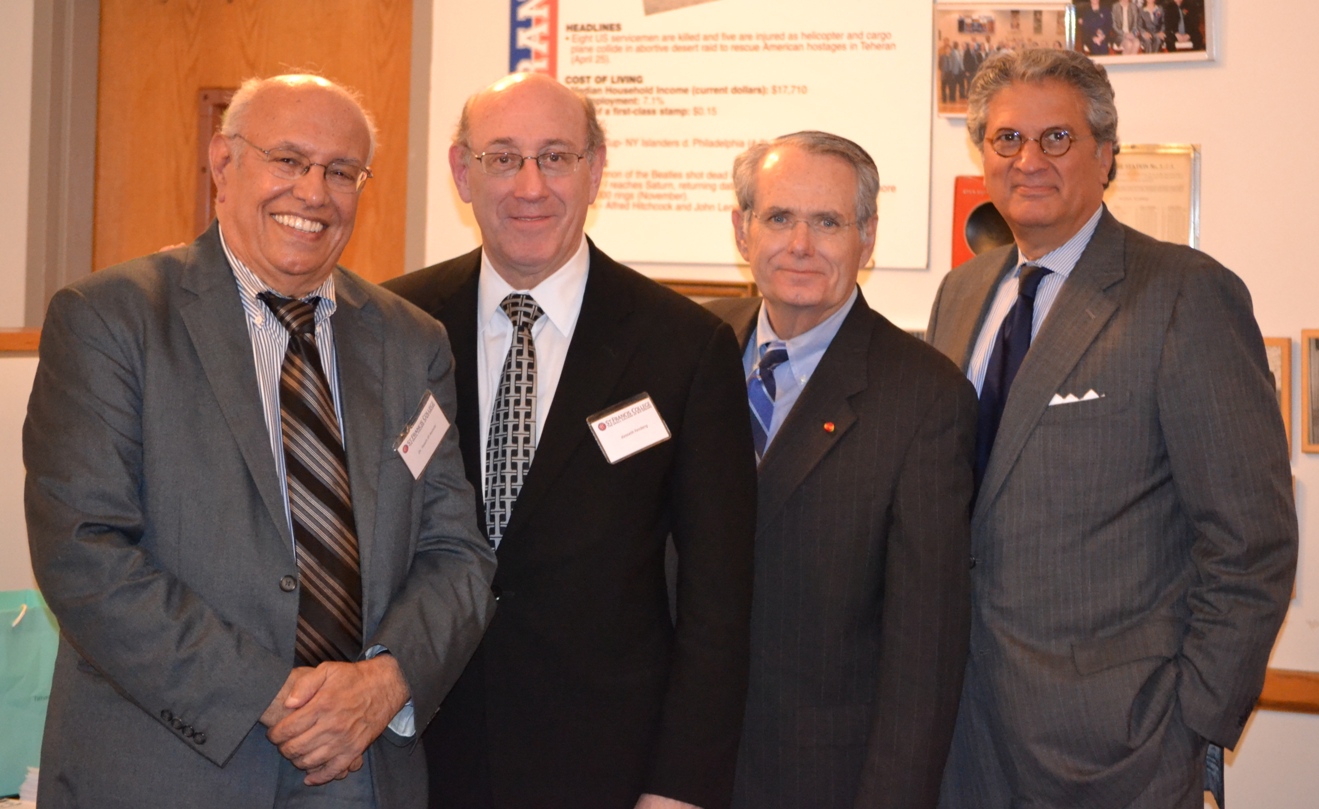 Mr. Feinberg told the audience that the legal system generally does a good job compensating victims for common accidents. A victim compensation fund, however, should only be used for what he calls “unique incidents” such as 9/11 and the drilling accident. Feinberg also stressed the importance of having a thick skin to deal with steady criticism, the outpouring of emotion from victims and their families as well as the hurt from those who were not eligible for compensation.

While acknowledging the many criticisms of the 9/11 fund, Feinberg maintained that it was the right decision. Feinberg said from the day he took on the position, he received countless email from the families of people who lost loved ones during other acts of terrorism like the bombing of the USS Cole and the first bombing of the World Trade Center, asking to be included in the fund. But, while he has great compassion for them, he said his mandate was to focus exclusively on the 9/11 attacks.

Mr. Feinberg also reflected on the 1,500 hearings he oversaw, listening to victims' families. He said some just wanted to be heard. Some showed videos of the lost loved one and in his view, many did not care about the money. They just wanted to make sure that he understood the unfairness of life.

A day after the luncheon, Mr. Feinberg was awarded an Honorary Doctor of Laws by St. Francis College at the Spring 2011 Spring Commencement held at the Brooklyn Academy of Music (BAM). He told the audience that, “Over the last 30 years, I’ve spent most of my time in Brooklyn dealing with tragedy. The Agent Orange Vietnam Veterans came from around the world to be here in Brooklyn in Federal Court... In 9/11, I met with scores of families in Brooklyn lamenting the tragedy and loss of loved ones... For me to be here today to celebrate Brooklyn and to celebrate this great school and to celebrate this great occasion, the circle closes.”

During his long career, Mr. Feinberg also oversaw the claims process following the tragic shootings at Virginia Tech University and claims arising out of Hurricane Katrina and other hurricanes in the Gulf region. He also helped determine the fair market value of the original Zapruder film of the Kennedy assassination and legal fees in Holocaust slave labor litigation.

Mr. Feinberg is the author of numerous articles and essays on mediation, mass torts and other matters and is the author of, What is Life Worth? The Unprecedented Effort to Compensate the Victims of 9/11 (Public Affairs 2005).