Skip to main content
Upload Proof of Vaccination
Reminder: All students, faculty, and staff must be fully vaccinated against COVID-19 and upload proof as a condition of accessing College buildings (including the residence hall) during the 2021-2022 academic year.
Academics
February 26, 2015

A Discussion of the Common Core

The Common Core has been grabbing headlines, locally and nationally for several years and continues to be a polarizing topic for educators. In an effort to reach a better understanding of the Common Core, St. Francis College presented a debate on the Pros & Cons with Kathleen Porter-Magee (Partnership for Inner-City Education) and Peter Wyatt Wood (National Association of Scholars) on Thursday, February 26, 2015.

Kathleen Porter-Magee brings years of experience at all levels of education, from a classroom teacher to curriculum development to superintendent and chief academic officer. 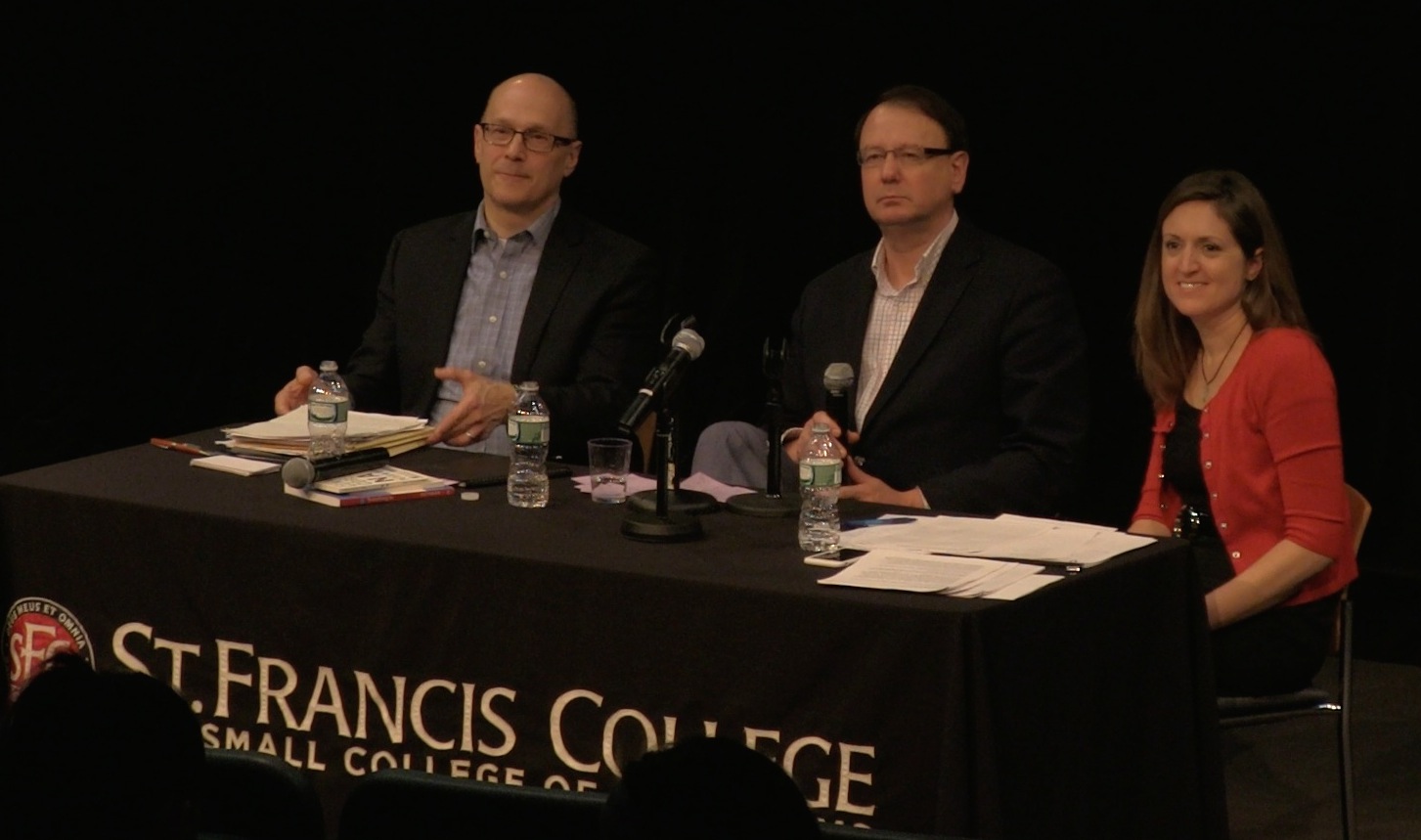 Peter Wyatt Wood is a prolific author of articles, books, and journal articles, and experienced professor of Anthropology and former Provost at King's College.

This is the second debate on the Common Core hosted by St. Francis College. The first debate, in October 2014, featured Sol Stern, author of Breaking Free: Public School Lessons and the Imperative of School Choice and Peter Wyatt Wood.

The event was organized by St. Francis Scholar in Residence Fred Siegel, a Senior Fellow at the Manhattan Institute and author of The Revolt Against The Masses: How Liberalism Undermined the Middle Class. He has been instrumental in bringing a number of timely and provocative events to the College, including: Does France Have a Future?, New York's New Digital Media, The Evolution of Neoconservatism, and Can You be Both a Business Success and Ethically Noble?

About the Speakers
Kathleen Porter-Magee is the Superintendent and Chief Academic Officer at the Partnership for Inner-City education and a Bernard Lee Schwartz Fellow at the Thomas B. Fordham Institute. Before joining the Partnership, Kathleen served as the Senior Advisor for Policy and Instruction at the College Board, as the Director of Curriculum and Professional Development at Achievement First, and the Director of Teacher and Principal Professional Development and Recruitment for the Archdiocese of Washington, D.C. Kathleen began her career as a classroom teacher at both the middle and high school levels.

Peter Wyatt Wood is an anthropologist and former provost. He was appointed president of the National Association of Scholars in January 2009. Before that he served as NAS's executive director (2007-2008), and as provost of The King's College in New York City (2005-2007).

Dr. Wood is the author of A Bee in the Mouth: Anger in America Now (Encounter Books, 2007) and of Diversity: The Invention of a Concept (Encounter Books, 2003), which won the Caldwell Award for Leadership in Higher Education from the John Locke Foundation. These books extend his anthropological interest in examining emergent themes in modern American culture.