The maintenance is scheduled to take place on the following days: June 21, June 22, July 11, July 13, August 1, August 3, August 16, and August 17. If you experience any problems accessing any of these applications during these dates, please understand the application may be down for migration. SFC IT will be sending out notifications when systems are back online. Thank you for your support and patience during this process.
Academics
October 12, 2010

From buy outs for slave owners and colonization to the Emancipation Proclamation, Eric Foner, one of the nation’s foremost historians, separated reality from myth and told a crowd at St. Francis College on Tuesday, October 12 about the evolution of Abraham Lincoln’s views on slavery. The talk was based on Foner’s just released book, The Fiery Trial: Abraham Lincoln and American Slavery.

“Lincoln was not an abolitionist. They wanted freedom and equality immediately,” said Professor Foner. Rather, Foner said, Lincoln wanted to gradually end slavery through offering slave owners compensation for freeing the slaves and then having the slaves move to colonies in places like the Caribbean or Africa. 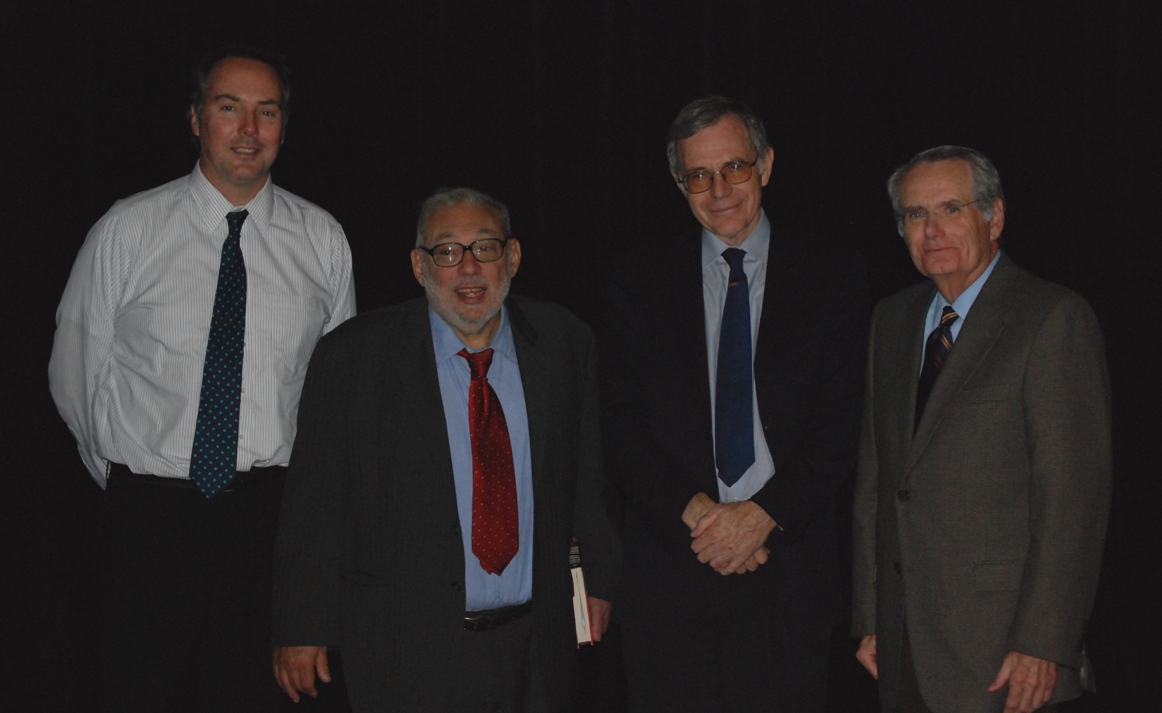 At the start of Lincoln’s political career, Foner said Lincoln did not believe in equality and was not in favor of letting African Americans vote or hold office. The core of Lincoln’s anti-slavery argument was that African Americans should have the right to enjoy the fruits of their labor. “Lincoln saw slavery as theft of services,” he said. However, Foner added, Lincoln’s views on race and black rights changed substantially; shown most clearly in the Emancipation Proclamation.

As a lifelong politician Foner said that Lincoln’s struggle was, “to translate a dislike or hatred of slavery into political action. But how do you confront an evil when you're in a system that supports this evil?”

During the Civil War, Lincoln’s first attempt to pay slave owners in border states to free their slaves, then move the slaves to colonies was rejected on all sides. When combined with the problems the North was facing in the war and the waning support from the general population, Foner said Lincoln had to rethink his position.

“Lincoln’s hallmark was his capacity for growth. His ideas changed,” added Foner, who said now a politician who changes his mind is seen as weak.

The Emancipation Proclamation shows a complete evolution from Lincoln’s earlier policy. It provides for immediate freedom, no compensation for slave owners, no re-settlement of freed slaves and let African Americans serve in the army.

Foner told the crowd that in Lincoln’s final speech before he was assassinated, he went far ahead of public opinion and current state laws and laid out a case to give the right to vote to African Americans of a certain intelligence and those who fought for the North.

Fred Siegel, a visiting professor and a senior fellow at the Manhattan Institute brought Professor Foner to St. Francis College. Professor Siegel has brought other noted authors, historians and political scientists to St. Francis College in recent months for talks and panels including historian Thomas Fleming (The Intimate Lives of the Founding Fathers) and panels on Journalism in the Age of the Internet and Independent Voices of the Middle East.

The next panel, co sponsored by the Manhattan Institute, Are the Tea Parties Good For New York? will be held on October 28 at 6:00pm