Skip to main content
Upload Proof of Vaccination
Reminder: All students, faculty, and staff must be fully vaccinated against COVID-19 and upload proof as a condition of accessing College buildings (including the residence hall) during the 2021-2022 academic year.
Academics
September 12, 2009

Sarajevo Native - Wins One of Richest Literary Prizes in Country

From nearly 40 submissions down to one, the jury for the first ever St. Francis College Literary Prize has selected Aleksandar Hemon for his book, Love and Obstacles (Riverhead Books) as the winner of the $50,000 award, one of the richest Literary Prizes in the United States. Hemon, raised in Sarajevo and now residing in Chicago wrote his first work in English in 1995. He was awarded the prize at the Gala Opening Night Party of the Brooklyn Book Festival on September 12. Hemon was selected over the other short list authors: Chris Abani, Song For Night (Akashic Books); Jim Krusoe, Girl Factory (Tin House Books) and Arthur Phillips, The Song Is You (Random House).

"I was going to quit after this book now it turns out I'm mid-career," said Hemon in his short, modest and humorous acceptance speech. "Thank you all for coming tonight and exposing me to this embarrassing pleasure. I will keep writing, I guess I have no other choice." (Watch Aleksandar Hemon's Acceptance Speech) 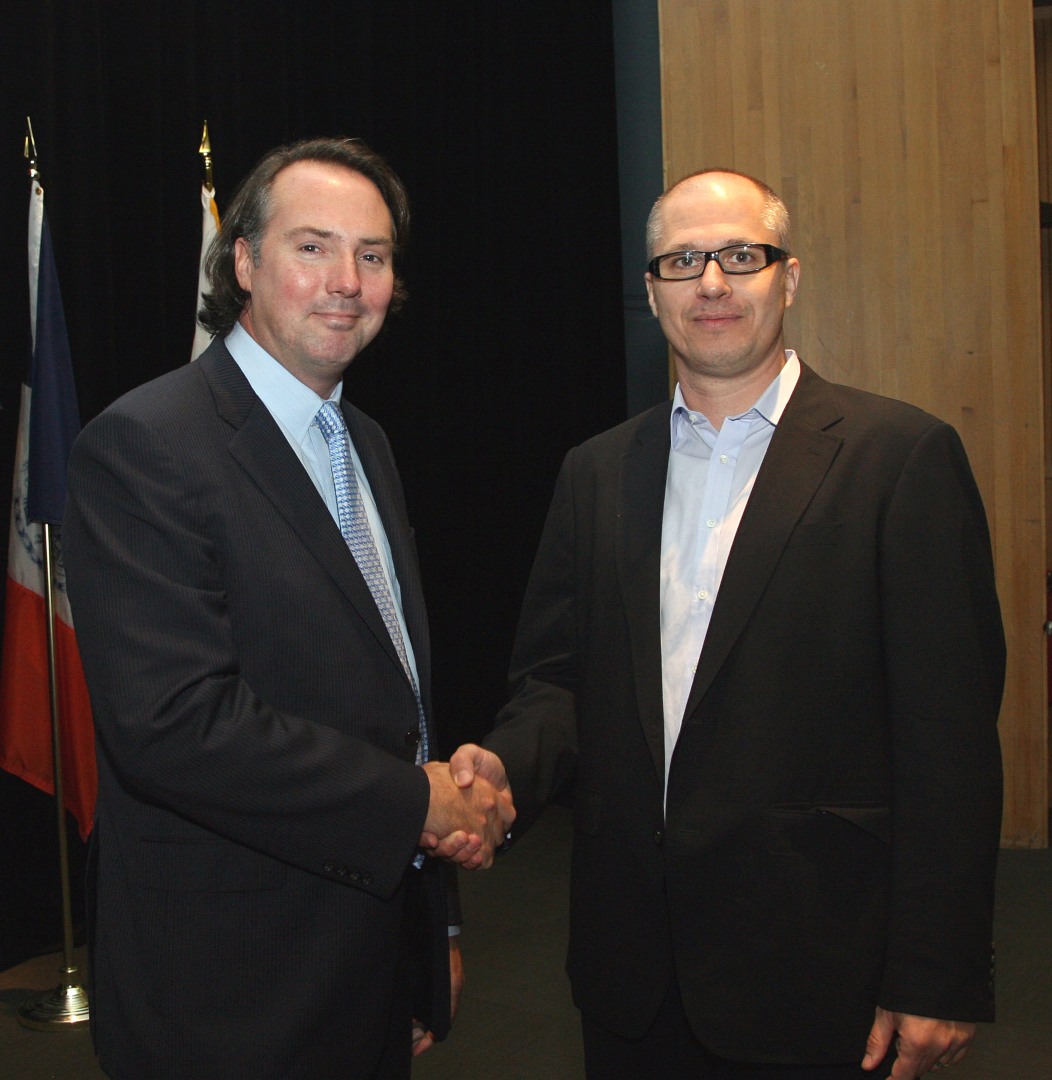 "As a small college in Brooklyn, St. Francis is blessed to be in the middle of a remarkable community of writers," said Vice President for Academic Affairs and Academic Dean Tim Houlihan. "We feel it is our responsibility to insure that these artists, who engage, amuse and inspire our studentshave the support they need to continue their work. In addition, we're all very excited that Mr. Hemon's writing reflects an experience so close to that of so many of our students."

Aleksandar Hemon was born in Sarajevo and moved to Chicago shortly before his home city came under siege in 1992. His collection of short stories, Love and Obstacles, piece together to tell the story of a young man coming of age and about to leave communist Sarajevo as the city is reeling from war. He was awarded a "genius grant" from the MacArthur Foundation and named finalist for the National Book Award and National Book Critics Circle Award.

For more than 150 year St. Francis College has offered a quality, private college education to the working class families of Brooklyn, New York City and beyond. Countless graduates were the first in their families to attend college, many of them being first generation immigrants. In fact, two recent Valedictorians were born outside the United States and had English as their second language.

In addition to attending an award ceremony to be scheduled for the fall, the prize recipient will also conduct a short fiction workshop for a group of students and perform a reading from the winning book.

The St. Francis College Literary Prize is meant to offer encouragement and significant financial support to a mid-career writer.