Skip to main content
Upload Proof of Vaccination
Reminder: All students, faculty, and staff must be fully vaccinated against COVID-19 and upload proof as a condition of accessing College buildings (including the residence hall) during the 2021-2022 academic year.
Academics
November 15, 2016

An Exploration of Public Art

President and Executive Director of the Queens Museum Laura Raicovich spoke about the role of museums and the nature of public art at St. Francis College on November 15.

Known most prominently for the panorama of New York City built for the 1964 World's Fair, Raicovich explained that the location of the Queens Museum gives it a unique opportunity to push boundaries in art and engage deeply with the diverse community that makes up the borough.

She said that it was part of the mission of the museum to help express minority voices, even if some think that makes the museum too political.

"Museums have never been neutral. It's always been about the dominant culture," said Raicovich. "We need to upset the apple cart sometimes in order to have the conversations that are really important so that people can get outside of their own worldview and see somebody else's." 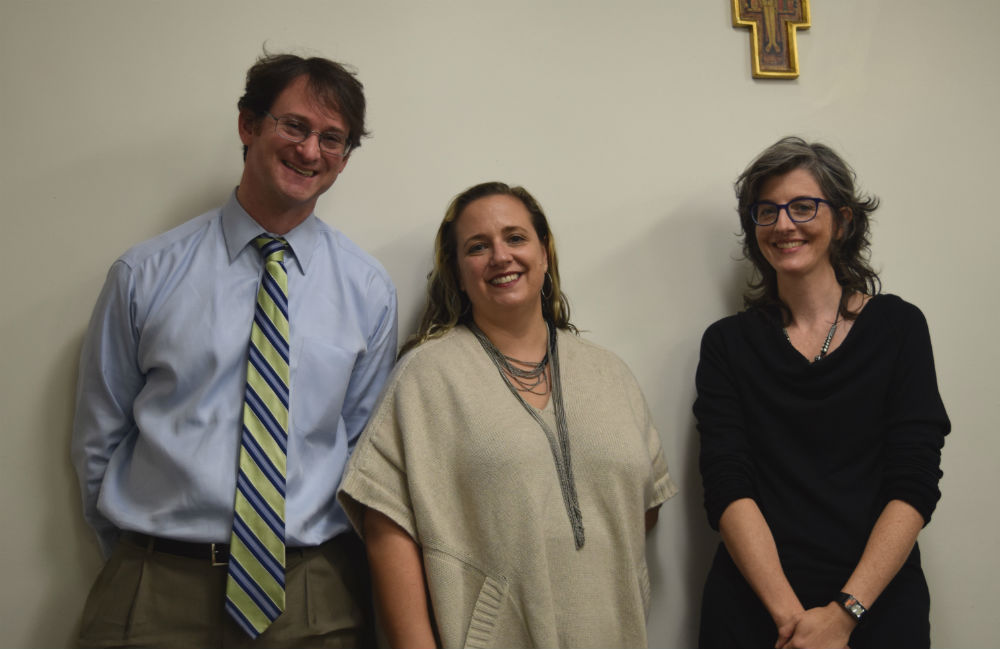 Raicovich said artists are really good at achieving that goal, and the Queens Museum is proud to support that philosophy.

Since joining the Queens Museum in January 2015, Raicovich has overseen several major exhibitions including: Hey! Ho! Let's Go - Ramones and the Birth of Punk, Bearing Witness - Drawings by William Gropper and Mierle Laderman Ukeles: Maintenance Art, which runs through February, 2017.

Laura Raicovich is President and Executive Director of The Queens Museum. Prior to this appointment she directed Creative Time's Global Initiatives, served as Deputy Director at Dia Art Foundation, and held positions at the Guggenheim and Public Art Fund. She is also a writer, lectures internationally, and has contributed regularly to The Brooklyn Rail. She is the author of "At the Lightning Field," a lyric essay and parallel text to Walter De Maria's renowned artwork, an excerpt of which was published in X-tra, Contemporary Art Quarterly, and "A Diary of Mysterious Difficulties," a book based on Viagra and Cialis spam recently put out by Publication Studio.