The maintenance is scheduled to take place on the following days: June 21, June 22, July 11, July 13, August 1, August 3, August 16, and August 17. If you experience any problems accessing any of these applications during these dates, please understand the application may be down for migration. SFC IT will be sending out notifications when systems are back online. Thank you for your support and patience during this process.
Academics
September 18, 2008

Annual Celebration of the u.s. Constitution

It was a primer for some and a refresher course for others, Thursday, September 18, as six students in the St. Francis College St. Thomas More Pre-Law Society spoke about the meaning and implications of all 27 amendments to the U.S. Constitution to honor the 221st anniversary of the signing of the document.

Accounting & Business Law Assistant Professor Miriam Salholz, the moderator of the Pre-Law society hosted the annual Constitution Day event saying how impressed she was by the students who were eager to take on the challenge. 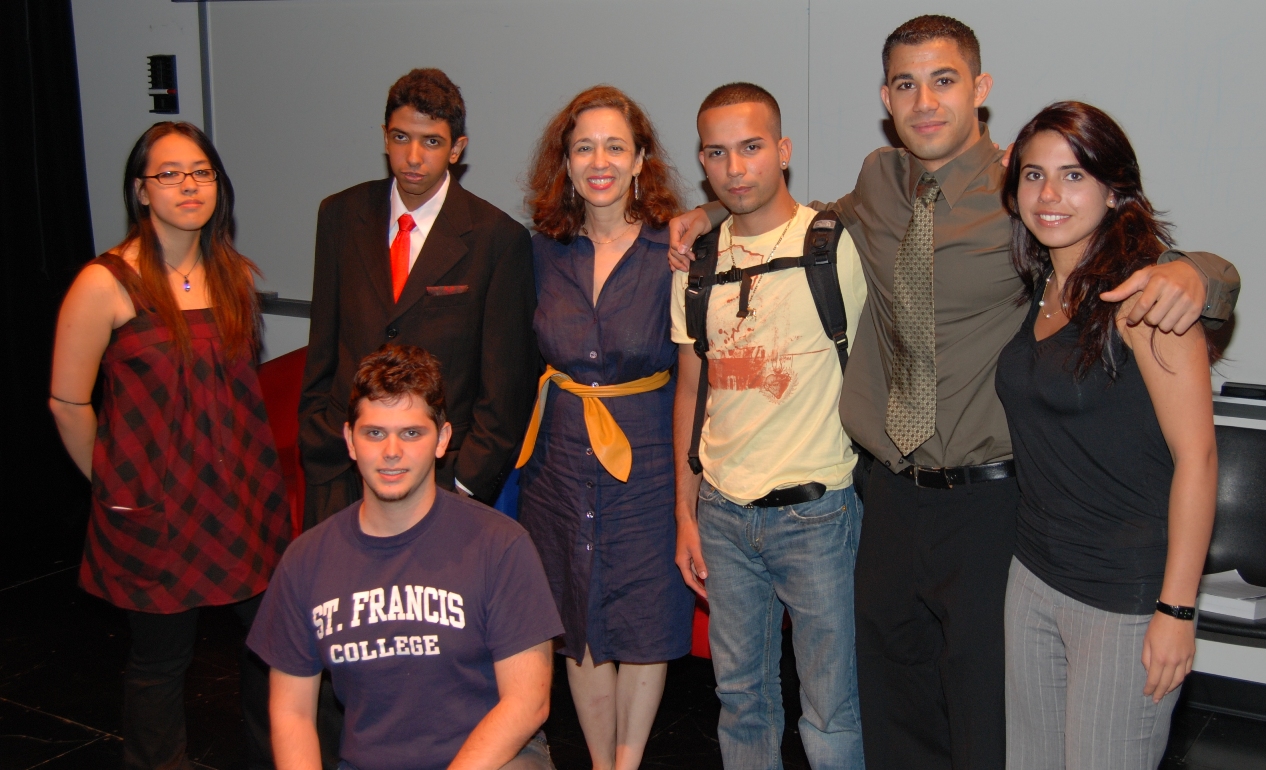 College President Brendan J. Dugan '68 welcomed the audience to the Maroney Forum for Arts, Culture and Education. He spoke about the importance of being politically educated and motivated, especially in this presidential election year.

Harold Solis, President of St. Thomas More Pre-Law Society led the audience and his fellow students through a slide-show presentation which summarized the amendments. He spoke particularly about the Fourteenth Amendment, ratified in the wake of the Civil War. Solis said the Incorporation Doctrine within the Amendment was the missing link that served to expand the rights of citizens against state governments.

Dimitar Georgiev, a Communications Major with a double Minor in Political Science and History, spoke about how even though the original bill of rights was modeled on its British counterpart; the First Amendment of the U.S. Constitution is the first time that such broad freedoms were granted to citizens of a country. He pointed out how important and amazing it is that even during wartime, people are allowed to speak out against the government, some going so far as to burn flags.

Marcus Rodriguez, an Information Technology Major and Business Minor, focused on three amendments including the Fourth which gave citizens protections against illegal searches and seizures.

The Sixth Amendment, which guarantees a public trial and the Nineteenth Amendment which gave women the right to vote were the focus for Nathalie Lamberto. "This is the most important amendment to me. I can't imagine not having the power to vote. It's hard for me to believe that there are societies where this exists." In talking about the Sixth Amendment, Lamberto said she feels the policies being enforced at Guantanamo Bay are a way of trying to get around the Constitution and are wrong.

John Battaglini took a look at some of the more detail oriented amendments including the Twelfth which altered the way the Electoral College votes for President. He gave a spirited mini-history lesson that led to the drafting of this amendment, talking about the problems created when the Vice-Presidency was given to the Presidential Candidate that received the second most votes, causing the first major issue when John Adams, a proponent for a strong centralized government became the second President of the United States and his Vice-President was Thomas Jefferson, a champion of state's rights. Battaglini also spoke about the Eighteenth and Twenty-First Amendments which started and stopped prohibition.