Skip to main content
Upload Proof of Vaccination
Reminder: All students, faculty, and staff must be fully vaccinated against COVID-19 and upload proof as a condition of accessing College buildings (including the residence hall) during the 2021-2022 academic year.
Student Life
May 9, 2007

$850 in Prizes for Best Presentations

The Iraq War, Adoption Fraud, How to Maintain a Successful Marriage, Rats, those were just some of the topics of the persuasive speeches by St. Francis College students at the annual Delaney Speech Contest Monday afternoon.

Second Place, a $250 prize, went to Sabine Phineus for her argument that music should be a mandatory part of education. "In the past I spoke about things like cancer and youth homelessness," said Phineus. "This time I wanted to talk about something I thought was important but not serious and by personalizing my story I thought I could make the topic come alive for the audience."

Austin Collins won the third place $100 prize for his spirited talk on controlling the Rat Epidemic in New York City. "There are 96 million rats in the city. That's 12 for every person and I don't think people take the problem seriously even though rats could be living in their basement," said Collins. "I had to talk about it." 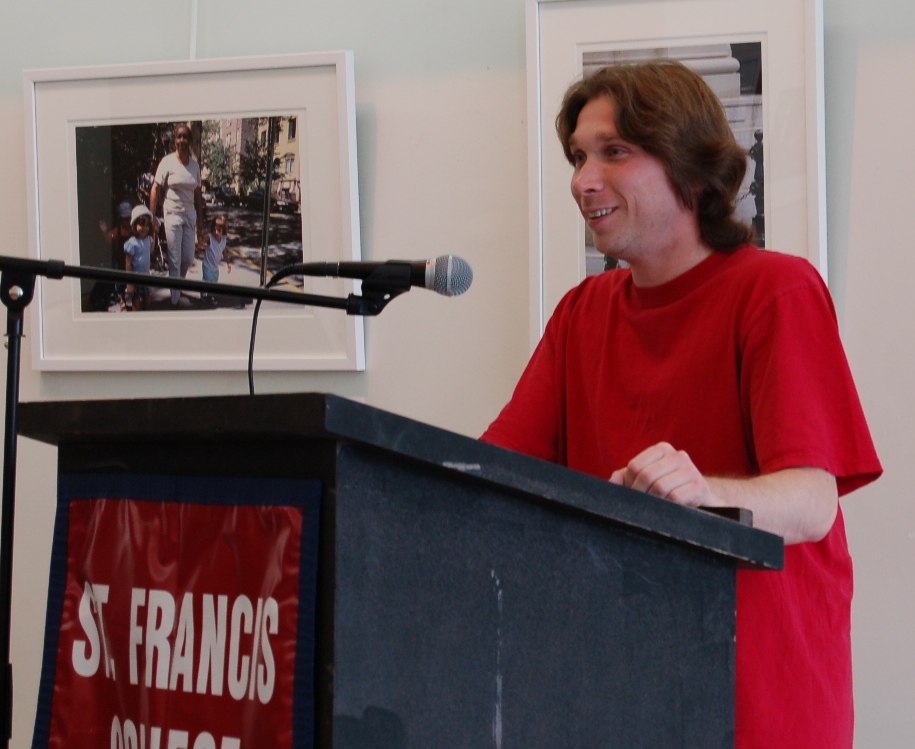 "Every year it's great to see the variety of topics our students choose for the presentations," said Dr. Timothy Dugan, the Communication Arts Professor who runs the contest. "The contest is a great exercise in learning how to craft a solid argument."

The Delaney Speech Contest is named for former St. Francis Speech Professor Francis Delaney who made it his mission to "cure" St. Francis students in the 50's and 60's of their Brooklyn accents to help them get ahead in their careers. Delaney bequeathed money to the school to help keep alive the fading art of persuasive speech.

"Knowing how to communicate is just as important as having a solid resume," added Professor Dugan, "once you get that foot in the door, you'd better be able to show you have the skills to interact verbally with your prospective co-workers or you'll be going on a lot of interviews before finally getting a job."