Skip to main content
Upload Proof of Vaccination
Reminder: All students, faculty, and staff must be fully vaccinated against COVID-19 and upload proof as a condition of accessing College buildings (including the residence hall) during the 2021-2022 academic year.
Academics
April 16, 2009

Scholar Tackles Question of "What is Given in Forgiving?"

Famed Nazi hunter Simon Wiesenthal faced a major moral question in his book, The Sunflower; an SS officer on his deathbed confessed to committing numerous atrocities and was now asking Wiesenthal for forgiveness, what should he do? That real-life scenario was the core of the talk by Philosophy Professor Jeffrey Bernstein at the annual St. Francis College observation of Yom HaShoah, Holocaust Remembrance Day, on Thursday, April 16.

Professor Bernstein, from the College of Holy Cross focused on the question of what is given in forgiveness. He concludes that, "forgiveness gives new meaning to past events and allows for a new future." At the same time, Bernstein warns that by forgiving someone, we run the risk of erasing the past. 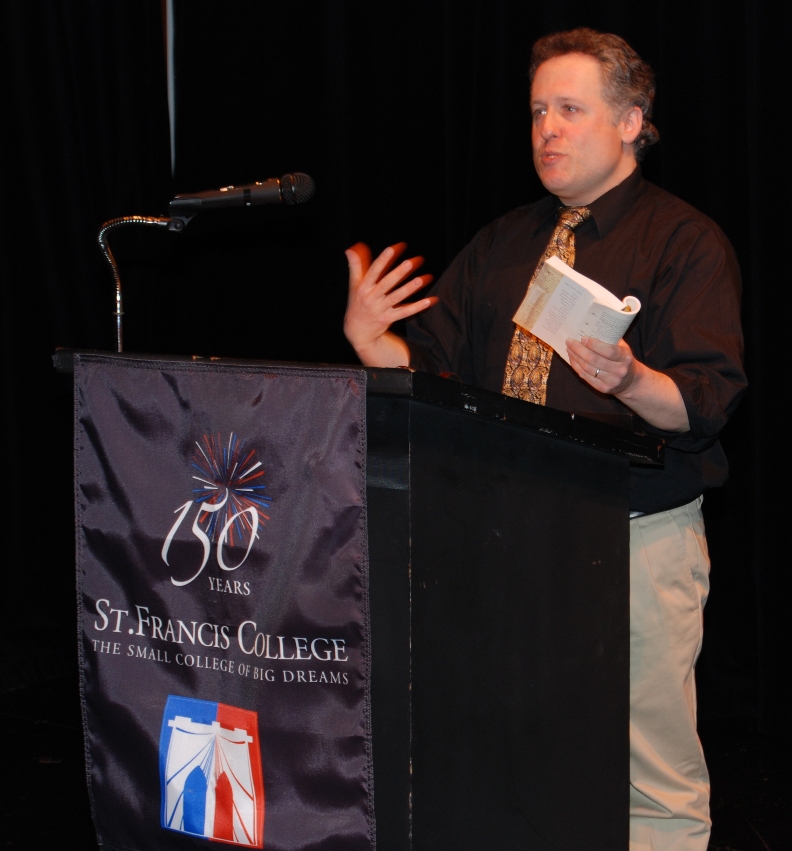 Another important issue that Bernstein talked about is that forgiveness does not replace justice, meaning just because you forgive someone does not mean that what he or she did was all right or should not be punished.

Dr. Bernstein, who received his doctorate in Philosophy from Vanderbilt University, is an Associate Professor of Philosophy with areas of specialization centered on the work of Baruch Spinoza, German Philosophy, and Jewish Thought. He is currently exploring these figures within the context of the Philosophy of History.