The maintenance is scheduled to take place on the following days: June 21, June 22, July 11, July 13, August 1, August 3, August 16, and August 17. If you experience any problems accessing any of these applications during these dates, please understand the application may be down for migration. SFC IT will be sending out notifications when systems are back online. Thank you for your support and patience during this process.
Academics
April 24, 2008

For Browne Sanders, now the Senior Associate Athletic Director for Marketing at the University of Buffalo, it was a homecoming of sorts. She started her basketball career in Brooklyn playing for St. Saviour High School with several of those games taking place on St. Francis College's court. 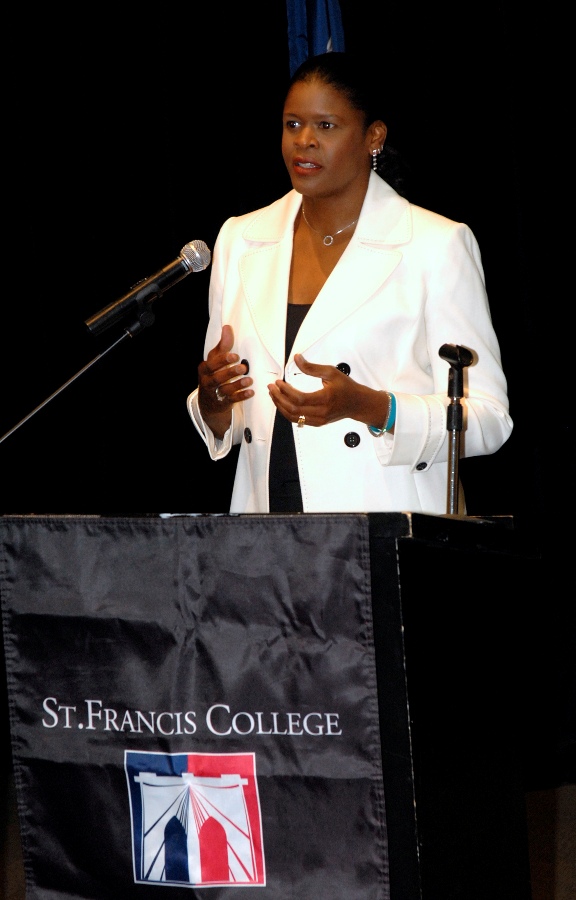 Browne Sanders traced her career and the steps she took to get where she is today. "I graduated from Northwestern, had my Master's Degree but no job," she said. So she wrote a letter to Eastman Kodak, which had previously selected her as a Kodak All-American the year she led the nation is scoring. Browne Sanders then moved to IBM where a mentor helped her switch over to athletic marketing for the Olympics. She was recruited by the Knicks and became one of the highest ranking female executives for any team in the NBA. 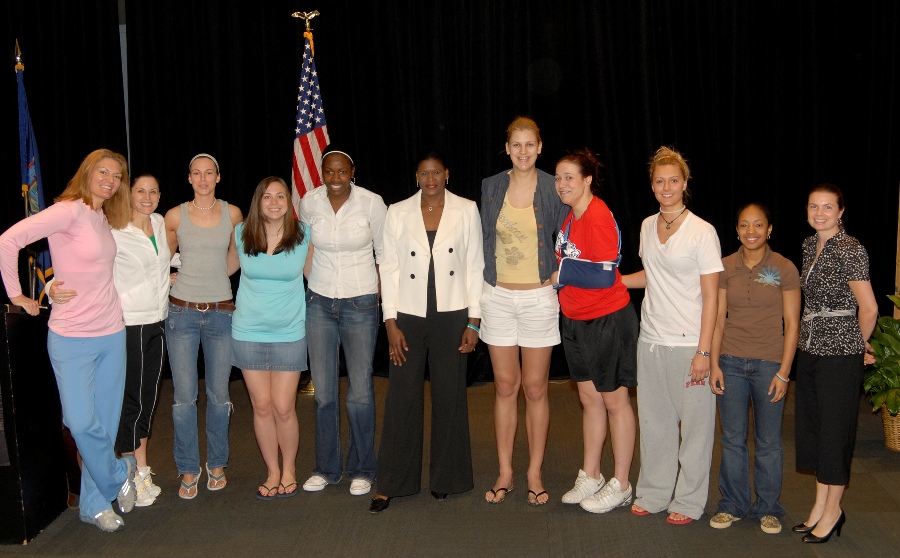 "This was an amazing opportunity for our student-athletes to learn firsthand from a woman who leveraged her athletic skills into a solid college education and very successful career," said St. Francis Athletic Director Irma Garcia, a pioneer in her own right. Garcia is the first Hispanic woman to lead a NCAA Division I program. "The courage Browne Sanders has shown in the face of some very real and career threatening hardships should be an inspiration to everyone."

The St. Francis College Athletics Department co-sponsored the event with the Women's Studies Center. Browne Sanders declined to accept an honorarium for her talk, instead asking the College to donate that money to the Arthur Ashe Foundation.