Skip to main content
Upload Proof of Vaccination
Reminder: All students, faculty, and staff must be fully vaccinated against COVID-19 and upload proof as a condition of accessing College buildings (including the residence hall) during the 2021-2022 academic year.
Academics
September 16, 2010

From his real lunches with President Harry Truman and Bess Truman to heavily researched recreations of the innermost thoughts of our Founding Fathers, their wives, mothers and mistresses, historian Thomas Fleming weaved a captivating tale for a standing room only crowd to celebrate Constitution Day at St. Francis College on Thursday, September 16. (Watch the whole lecture)

The author of more than 50 books including his most recent, The Intimate Lives of the Founding Fathers, Fleming, who frequently appears as a commentator on PBS, The Discovery Channel and C-Span, said, “I have been writing about the Founding Fathers since 1960, as characters in the forefront, making decisions, creating this country but I realized most people don’t know much about these men. I wanted to find out what was going on in their hearts and minds along with the great political issues they were struggling with.” (Watch a short interview) 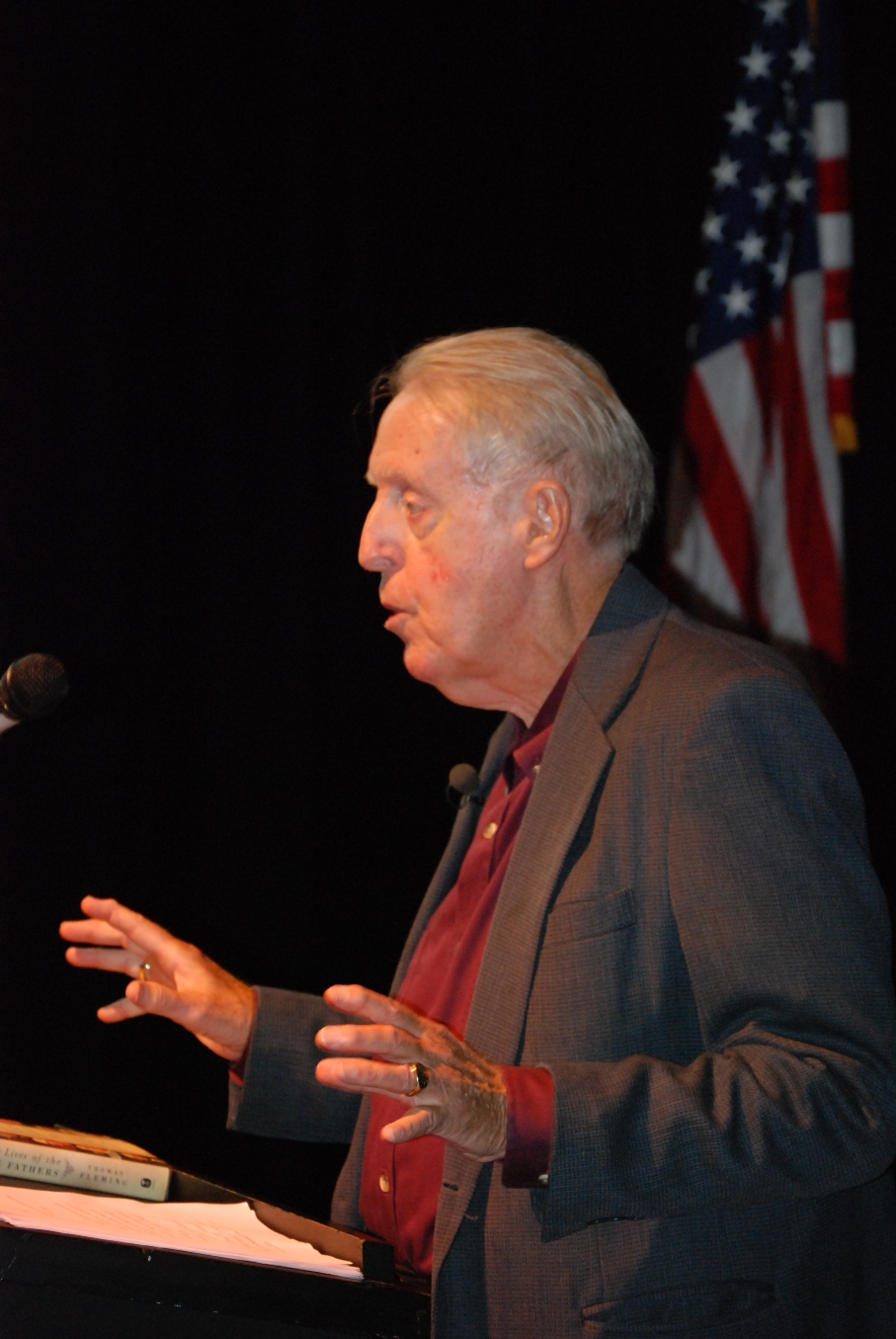 Fleming shared anecdotes like an emotional love letter from George Washington to Sally Cary Fairfax written four months after his engagement to soon to be Martha Washington and told the audience that both Washington and Thomas Jefferson hated their mothers. He credited Dolly Madison and her outsized personality with winning James Madison both the presidency and his reelection while at the same time she was abused unmercifully by the press.

Fleming also noted that the women in the lives of the founding fathers were quite open about their desires, wants and sexuality. He said that their independent voices, coming decades before the rise of feminism, would surprise many. Linking Bess Truman to Martha Washington, Fleming shared that both women burned almost all their letters.

Fleming is one of the most distinguished and productive historians and novelists of our time. His nonfiction books have won prizes and praise from critics and fellow historians, many with a special focus on the American Revolution. His novels explore the lives of men and women in vivid narratives that range from the raw America of the 1730’s to the superpower that confronted World War II and endured Korea and Vietnam. The Intimate Lives was named the best book of 2009 by the American Revolution Round Table of New York. Fleming’s first book, Now We Are Enemies, the story of Bunker Hill, has just been reissued in a 50th anniversary edition.