Skip to main content
Upload Proof of Vaccination
Reminder: All students, faculty, and staff must be fully vaccinated against COVID-19 and upload proof as a condition of accessing College buildings (including the residence hall) during the 2021-2022 academic year.
Academics
February 20, 2008

Brooklyn writer and poet Siri Hustvedt treated a standing room only crowd of St. Francis College students and members of the Brooklyn community to a sneak peak of her forthcoming novel, The Sorrows of an American, Wednesday, February 20 during a reading in the St. Francis College Maroney Forum for Arts, Culture & Education.

During the question and answer session and book-signing which followed, Hustvedt shared several personal insights about her writing process and philosophy of writing. She said that in doing research for The Sorrows of an American, she began volunteering at New York Hospital, teaching a writing class to psychiatric patients. Hustvedt said even though the book is finished, she has no intention of stopping her classes at the hospital. In fact, psychoanalysis is a field she considered pursuing if she had not become a writer. 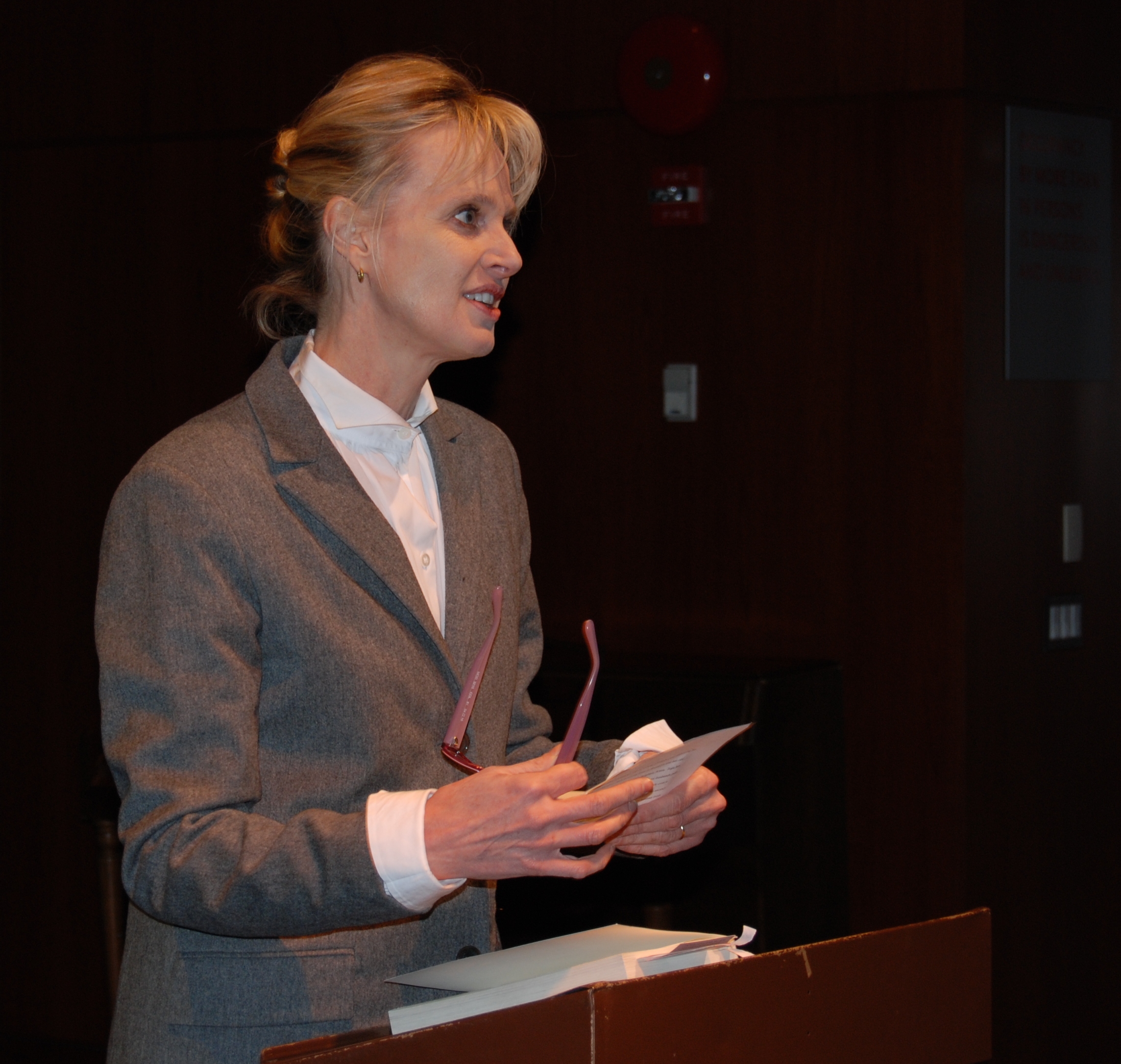 In response to a question on whether writing programs are beneficial she urged new writers to remember, "The most important thing for students to know is that there really are no rules. Writing is like a thumbprint. Each person is different and the way you find your way into writing that means something is to let go of prescribed rules about how to do it or the idea that you can choose who you want to write like."

Hustvedt did add one caveat to her no rules philosophy, "You can not be a writer if you don't read. You've got to read your guts out!"

The preview of Sorrows (due in stores April 1) was not the only look into the future Hustvedt gave the crowd. She also told them that after spending ten years working on books with male narrators, she is leaving men behind for her next project called, A Summer Without Men. "There will be a lot of men floating around in dreams and memories and letters, but every character from a very little girl to a very old girl will all be women."

Siri Hustvedt is the author of the novels The Blindfold, The Enchantment of Lily Dahl, and What I Loved. She has also published a book of poetry, Reading to You, an essay collections on various subjects, A Plea for Eros, and a collection on painting, Mysteries of the Rectangle.