The maintenance is scheduled to take place on the following days: June 21, June 22, July 11, July 13, August 1, August 3, August 16, and August 17. If you experience any problems accessing any of these applications during these dates, please understand the application may be down for migration. SFC IT will be sending out notifications when systems are back online. Thank you for your support and patience during this process.
Academics
February 23, 2012

The collection of almost 40 short stories and poems looks at the physical and mental attacks that war wages on individuals and their families. 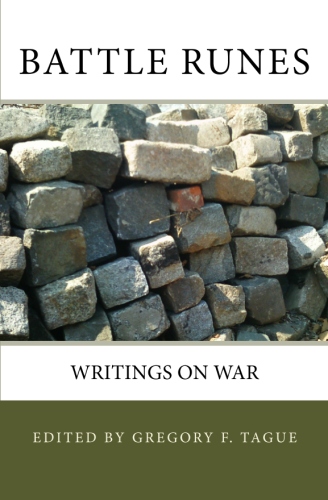 Professor Tague extended the St. Francis College connection to the book by recruiting English major Meagan Meehan to proofread the book, including a short story from Professor Mitch Levenberg and asking fellow English Professor Wendy Galgan to write the Foreword.

“These authors possess the remarkable ability to allow the reader to see what they see, to take an unsentimental and painfully clear look at what war – fighting it, witnessing it, surviving it – does to human beings,” writes Dr. Galgan. “We experience war and its aftermath through the eyes of victor and vanquished, infantry and insurgent, parent and child.”

Among the contributors to the book is Nahid Rachlin who will be at St. Francis College March 17 to read from her memoir, Persian Girls: A Memoir, about growing up in Iran. Rachlin’s story, “Gazing at the Stars” captures how war disrupts families and threatens the intimate bond between parent and child.

In “The German,” John Guzlowski epitomizes all the elements of the book: victimization of innocent bystanders; blood and gore; psychological toll on soldiers. “We were so impressed that we literally built the entire volume around his story,” added Dr. Tague.

Thom Brucie offered two stories to the collection, “A Deepening Heart” and “The Tiger Cage.” “A Deepening Heart” is an American Civil War story – quite gripping in terms of character and characterization, catching the mood of a conflict that was devastating, on a very personal level, for countless individuals.

Thauthors in Battle Runes have been nominated for numerous awards including a Pulitzer, Pushcart Prize and Best New Poets Anthology and won Hugo and Nebula Awards while receiving honorable mentions for several others.

Professor Tague has authored and edited numerous books including: as author, Ethos And Behavior: The English Novel from Jane Austen to Henry James (Academica Press, 2008); as co-editor and contributor, Origins of English Dramatic Modernism, 1870-1914 (Academica Press 2010); and as author, Character And Consciousness (Academica Press 2005). He also publishes The Association for the Study of Ethical Behavior in Literature Journal.