Skip to main content
Upload Proof of Vaccination
Reminder: All students, faculty, and staff must be fully vaccinated against COVID-19 and upload proof as a condition of accessing College buildings (including the residence hall) during the 2021-2022 academic year.
Academics
January 23, 2018

Parts of Brooklyn were once laid waste by federal forces in an ongoing battle that is seldom discussed, the Whiskey Wars of the 1870's.

(Learn About the Whiskey Wars)

Author and food historian Sarah Lohman told the story of this escalating tax fight between distillers in Brooklyn and the government on January 23, 2018, for the first lecture of the Spring 2018 Senior Citizen Lecture Series, "From New Nation to World Power: Culture, Politics, and Society in the United States, 1789-1896." 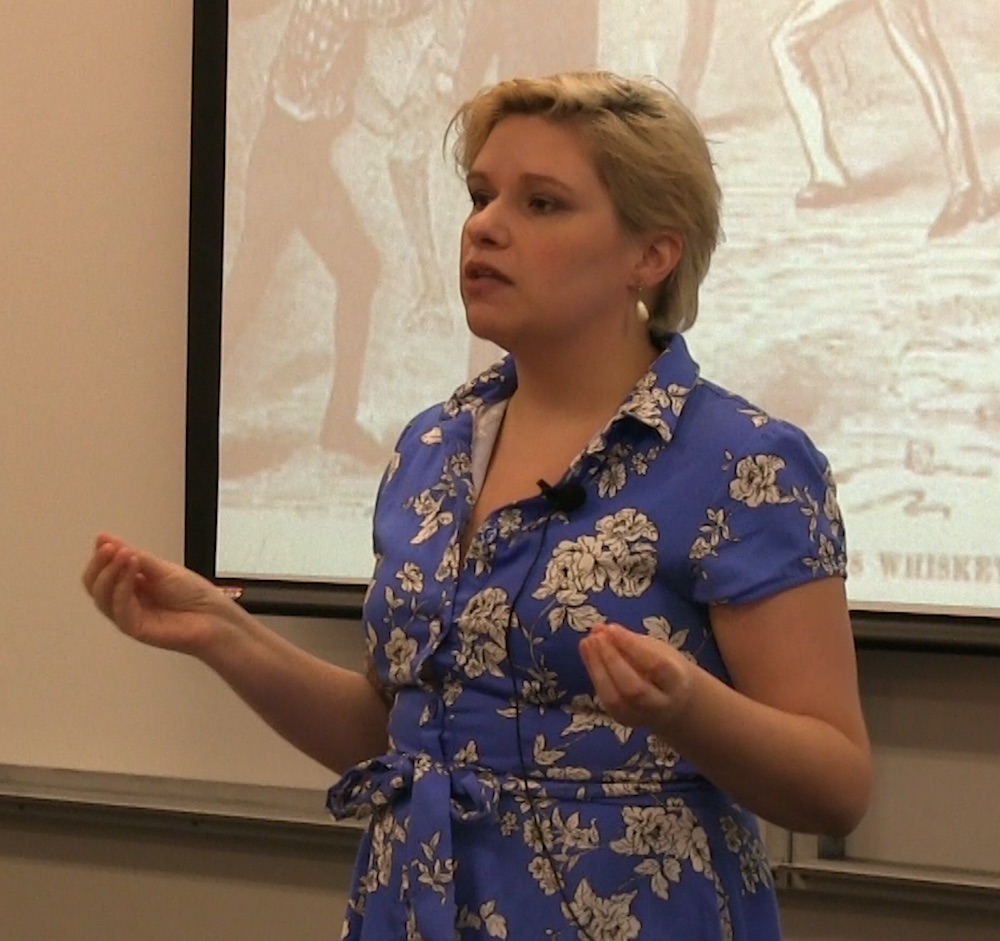 The series was organized by History Professor Sara Rzeszutek.

Masters of Social Gastronomy co-founder Sarah Lohman runs the blog, Four Pounds Flour, and her work has been featured in The New York Times and The Wall Street Journal. She appears on the Cooking Channel's Food: Fact or Fiction? and is 1/2 of the Masters of Social Gastronomy with co-founder Jonathan Soma. Her first book, Eight Flavors: The Untold Story of American Cuisine, was published with Simon & Schuster in 2016.