The maintenance is scheduled to take place on the following days: June 21, June 22, July 11, July 13, August 1, August 3, August 16, and August 17. If you experience any problems accessing any of these applications during these dates, please understand the application may be down for migration. SFC IT will be sending out notifications when systems are back online. Thank you for your support and patience during this process.
Academics
September 16, 2015

Can Conservatives Be Environmentalists?

On September 16, 2015, Steven Hayward (Powerlineblog) tackled the idea of whether the environmental movement has room for conservatives.

He was joined by Iddo Wernick, Research Associate, Program for the Human Environment at The Rockefeller University and William Tucker, Fuel Freedom Foundation

Steven Hayward is the Thomas Smith Distinguished Fellow at the Ashbrook Center at Ashland University in Ohio, where he directs the university's new honors program in political economy, and is also the William Simon Distinguished Visiting Professor at Pepperdine University's Graduate School of Public Policy. He holds a Ph.D in American Studies and an M.A. in Government from Claremont Graduate School.

Hayward frequently serves as a guest host for Bill Bennett's national radio show "Morning in America" on the Salem Broadcasting Network, which is carried by 230 stations with an average daily listenership of 3 million. His most recent book is The Politically Incorrect Guide to the Presidents, From Wilson to Obama. 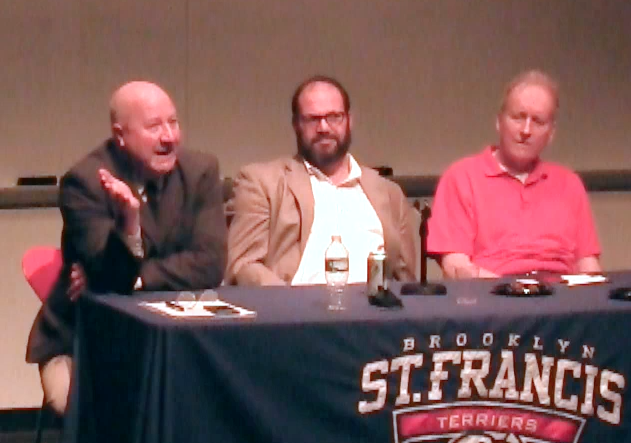 For nearly two decades, Iddo Wernick has worked in the field of industrial ecology - the study of industrial activity as an integral part of ecological systems - in developing methods and indicators useful in formulating public policy and commercial applications. An applied physicist by training, Dr. Wernick received his PhD from Columbia University and has taught courses at Yeshiva University and Columbia University.

William Tucker is a veteran journalist who has covered energy and the environment plus a host of other subjects for the past 30 years. He is currently news editor for RealClearEnergy.org and blogs on FuelFreedom.org. His most recent book on energy was Terrestrial Energy: How Nuclear Power Will Lead the Green Revolution and End America's Long Energy Odyssey (2008). Other books include Marriage and Civilization: How Monogamy Made Us Human (2014), The Excluded Americans: Homelessness and Housing Policies, (1991), Vigilante: The Backlash Against Crime in America (1986), and Progress and Privilege: America in the Age of Environmentalism (1981).

The event was organized by St. Francis Scholar in Residence Fred Siegel, a Senior Fellow at the Manhattan Institute and author of The Revolt Against The Masses: How Liberalism Undermined the Middle Class. He has been instrumental in bringing a number of timely and provocative events to the College, including: Does France Have a Future?, New York's New Digital Media, A Discussion of the Common Core, and Can You be Both a Business Success and Ethically Noble?