The maintenance is scheduled to take place on the following days: June 21, June 22, July 11, July 13, August 1, August 3, August 16, and August 17. If you experience any problems accessing any of these applications during these dates, please understand the application may be down for migration. SFC IT will be sending out notifications when systems are back online. Thank you for your support and patience during this process.
Academics
October 11, 2012

Can You Be Both a Business Success and Ethically Noble?

Mort Meyerson, who held key posts with Ross Perot's Electronic Data Systems, Dell Computers and General Motors posed a series of real-world ethical situations to St. Francis College students in a lively forum October 11 that challenged them to weigh morals against the bottom line. Can You Be Both A Business Success And Ethically Noble? was moderated by St. Francis Scholar in Residence Fred Siegel. 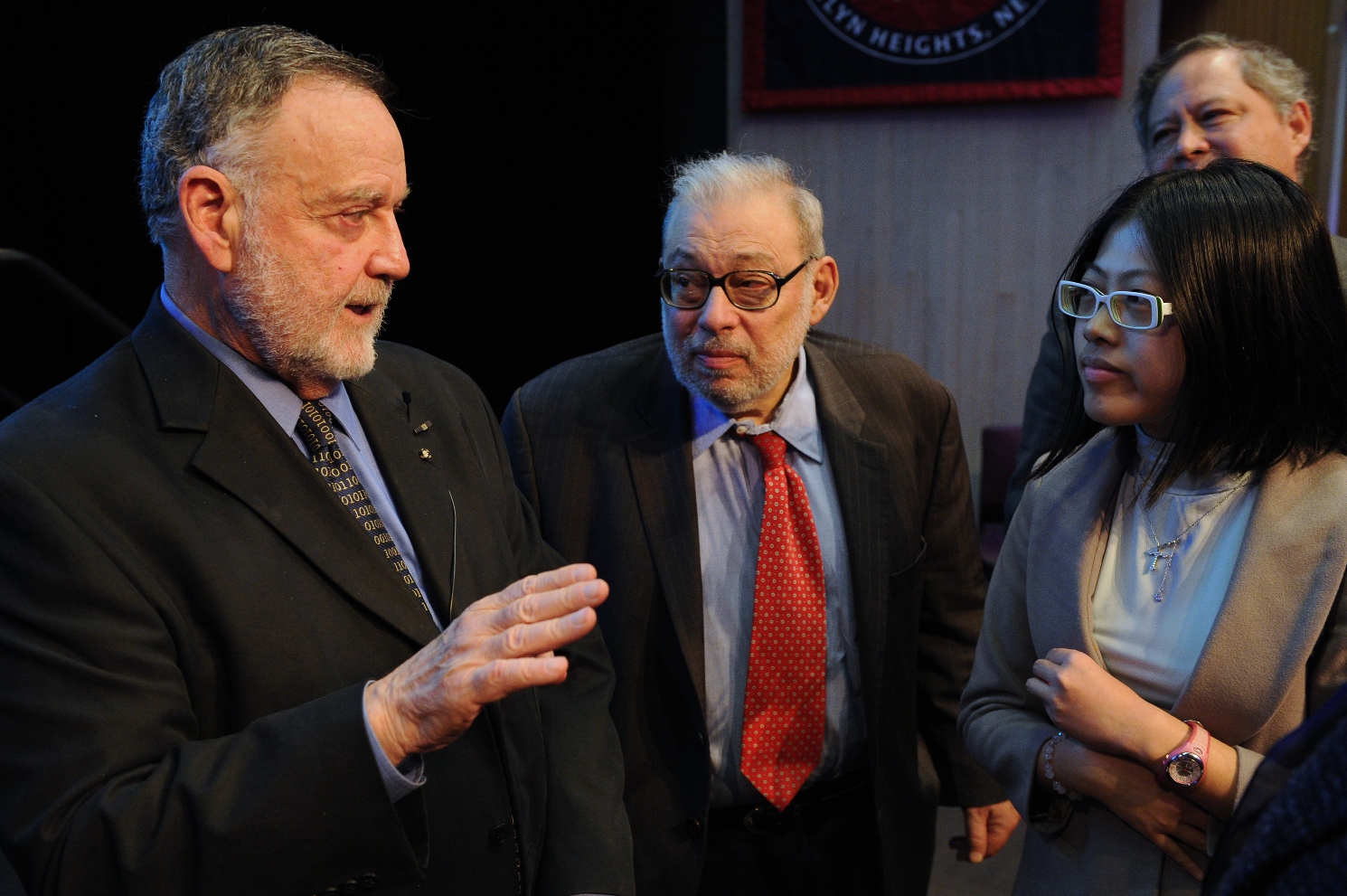 During his speech, Mr. Meyerson, who is a major contributor to cultural and charitable causes, answered the question posed by the title of the forum with an emphatic, "Yes." But he was also clear that standing on the moral high ground comes, "at some substantial cost to yourself and there will be a big price asked of you."

He explained to the audience how his ethical principles and his Jewish beliefs not only helped him to solve business situations, but were the important elements that helped him run a successful business. He presented students with several cases he faced during his career, each time asking students to weigh in with their opinions. Meyerson pressed the students to defend their reactions and dig deeper into their value system to justify their responses. The lively interaction brought out a number of STUDENT solutions to each problem, which was then compared to how Meyerson handled the real-world incident.

One of the examples involved an office worker, a white female, who accused an African American colleague of assaulting and raping her. Meyerson said it was a tough case to handle as a young CEO but after his investigation he found the claims were false and he fired both people involved for having an improper affair in the workplace, which violated the company's code of conduct.

Professor Siegel, Senior Fellow at the Manhattan Institute and author of The Prince of the City: Giuliani, New York and the Genius of American Life, has been instrumental in bringing a number of timely and provocative events to the College. Past forums hosted by St. Francis College include The Tension Between Catholic Schools & Charter Schools, What Happened to All the Good Men?, Is the New York Times Good for Democracy?, and Young Voters and the 2012 Election.
By Alia Kasem '13