Skip to main content
Upload Proof of Vaccination
Reminder: All students, faculty, and staff must be fully vaccinated against COVID-19 and upload proof as a condition of accessing College buildings (including the residence hall) during the 2021-2022 academic year.
Academics
September 17, 2009

It was a celebration of the famous and not so famous men who debated and drafted the Constitution of the United States; presented by 10 members of the St. Thomas More Pre-Law Society at St. Francis College on Thursday, September 17, 2009. The event marks the 222nd anniversary of the signing in 1787.

Eugene Kroner told the story of James Madison, considered the father of the Constitution for his work in expounding his views in favor of a strong central government in The Federalist Papers, while another member of the Society, Hiba Touma talked about Gouverneur Morris who was the most vocal member of the Constitutional Convention and is credited with writing much of the constitution including the famous and inspiring beginning of the Preamble, “We the People, in order to form a more perfect union.” 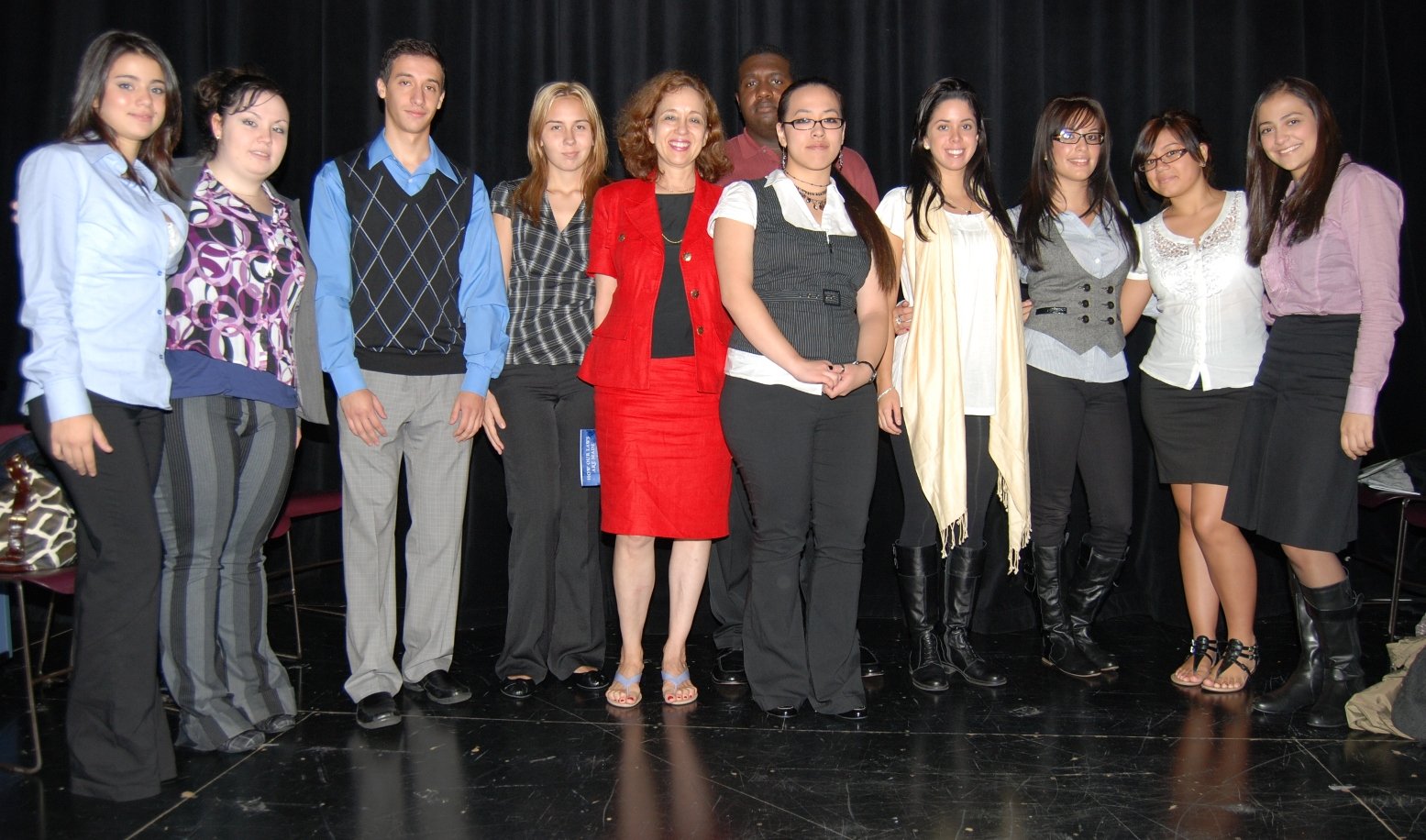 Catherine Canedo spoke about George Mason, who refused to sign the Constitution because it did not include a Bill of Rights. She said that his protest and continued fight led to the establishment of the U.S. Bill of Rights, which was based on the Virginia Declaration of Rights he had crafted a few years earlier. Canedo also recounted the story of Edmund Randolph, the youngest delegate at the convention, who was both passionate and conflicted about where he stood on many issues.

The St. Thomas More Pre-Law Society is moderated by Accounting and Business Law Professor Miriam Salholz. The Society serves to help students interested in law and prepares them for law school through special events like mock trials and guest lecturers.

Constitution Day is federally mandated by the U.S. Congress which deemed that any educational institution that receives federal money must hold an educational program related to the Constitution to commemorate its signing on September 17, 1787.