The maintenance is scheduled to take place on the following days: June 21, June 22, July 11, July 13, August 1, August 3, August 16, and August 17. If you experience any problems accessing any of these applications during these dates, please understand the application may be down for migration. SFC IT will be sending out notifications when systems are back online. Thank you for your support and patience during this process.
Academics
May 7, 2007

The Honorable Nicholas G. Garaufis, United States District Judge in the Eastern District of New York delivered the convocation. He spoke about the role St. Francis College has always played in the community, focusing on the number of recent immigrants that consistently pass through the college's doors. Judge Garaufis also talked about the importance of helping others and that morals and values matter. 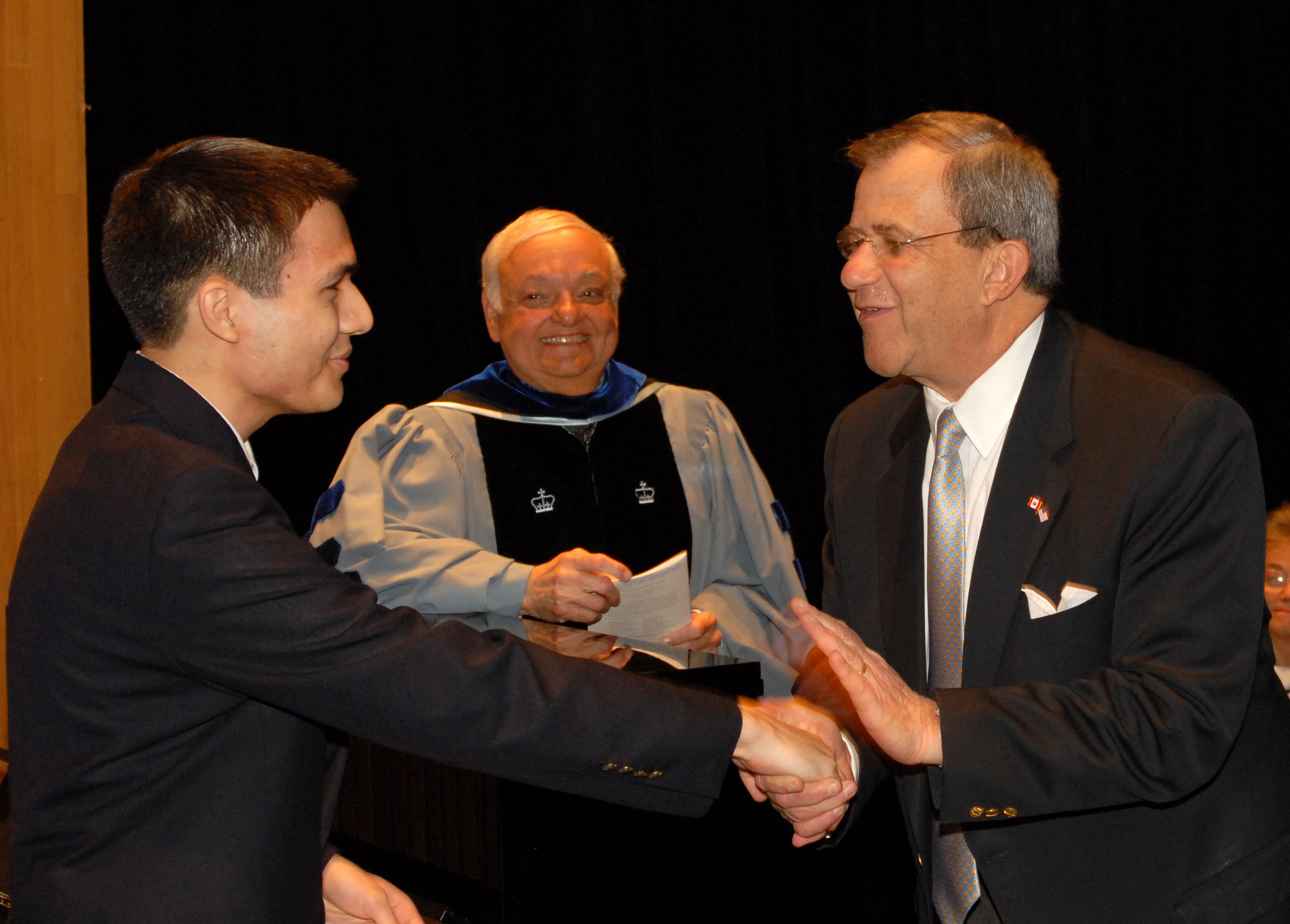 Highlights of the event included the induction of 17 students into the Duns Scotus Honor Society and the presentation of $1,000 Dean's awards to18 students in appreciation of their academic work. Jason Dumont, a Junior in the College's new five year combined Bachelor's / Master's degree in Accounting program, won the KeySpan Scholarship and Internship.

President's Awards and Pax et Bonum Medals also were given out to members of the administration, staff and faculty who have worked or taught at St. Francis for 15 and 25 years.

Following the Charter Day Celebrations, more than 50 Duns Scotus members spanning six decades attended the unveiling of a new, commemorative wall which features individual plaques of all inductees into the society since 1935.

President Macchiarola, a Duns Scotus alumni himself, welcomed attendees and unveiled the Wall along with Dr. Francis Greene, Chairman of Foreign Languages, Fine Arts & ICS and moderator of the

Charter Day is only one event that St. Francis marks in its educational anniversary calendar. Two Brothers were sent to Brooklyn from Ireland in 1858 and a year later in October 159, they opened the doors of St. Francis Academy to educate the borough's working class people, almost thirty years before the Legislature of the State of New York granted an official Charter to the Board of Trustees of St. Francis Monastery on May 8, 1884.

Duns Scotus Inductees
Founded in 1935, the Duns Scotus Society is named for the Blessed Duns Scotus, a Franciscan scholar and champion of Our Lady's Immaculate Conception. Election to membership in the Society is based on scholastic standing, participation in extracurricular activities, evidence of loyalty to the ideals of St. Francis College and demonstration of a true Franciscan spirit.

Dean's Award
The Dean's Award is a $1,000 grant to students who have completed 28 or more credits at St. Francis College with a minimum grade point average of 3.6 and do not already receive a scholarship from St. Francis College, even if they do receive state or federal grants such as TAP or Pell.

President's Award
The President's Award was instituted in 1972 to honor non-instructional personnel and the significant contribution they make to St. Francis College. The award recognizes administration and staff who have 15 years and 25 years of meritorious service.

The Pax et Bonum Medal
Instituted by the Board of Trustees and named from one of the earliest greetings of St. Francis of Assisi, this medal recognizes and honors those members of the faculty who have completed 15 years or more of dedicated, loyal preeminent service at St. Francis College. "Peace and Goodness" is a simple yet meaningful expression of the objective of Franciscan educators.