Juan Negroni '64 was elected Chair and CEO of IMC USA, a professional association that certifies individuals who work as outside consultants for corporate management. The 50 year old organization promotes ethics in management consulting and offers online and in-person resources. Negroni was an executive at Marriott and Hilton International before becoming a consultant.

Dennis McDermott '74 was honored as an Irish Leader who has made a difference on St. Patrick's Day by CPEX Real Estate at McMahon's Public House along with State Senator Marty Golden and TD Bank Market President Peter Meyer.

Vincent A. Gardino '75 and his brother Robert are producing a new TV series called Grave Trippers which the hope will eventually air on PBS. They were featured in The New York Times and keep everyone up to date on their Facebook page. For his day job, Gardino is Vice President and Chief Revenue Officer at Straus News. Article: http://bit.ly/Gardino-NYTimes Facebook Page: https://www.facebook.com/gravetrippers/

Jim Hill '70 recently held a month-long exhibit at the Douglas Stratton Photography Studio in Atlanta featuring his Mosaic Master-Pieces in honor of Black History Month. After graduation, Hill became a model, taught in Fort Greene, where he grew up, and opened his own homeless shelter before moving to Atlanta. Article: http://bit.ly/Hill-Mosaic

Marion White '78, Senior Program Director of the Child Abuse Prevention Program (CAPP), welcomed a group of St. Francis College students to tour a child abuse exhibit at The New York Foundling. She offered advice and help finding jobs to the students once they graduate.

Philip Watson Kuepper '82 published a collection of poems, A Sea to Row By (HTBS), focused on all aspects of rowing. He is a regular contributor to the website heartheboatsing.com and has had previous poems published in Poetry Magazine, The New York Times, The Washingtonian Monthly, RFD Magazine, Promise, and the Mystic River Press.

Rose Marie Lanard '84, Chief Diversity Officer at S&P Global, was the featured guest for one of the Women's Leadership Network Power Breakfasts, an intimate gathering of St. Francis College students with an industry leader. Lanard shared her personal career journey as well as the important lessons she has learned along the way. Student who attended came from a wide variety of majors including; Economics, Psychology, Biology, and Management. The Women's Leadership Network is always looking for more alumnae who want to help the next generation of Terriers. 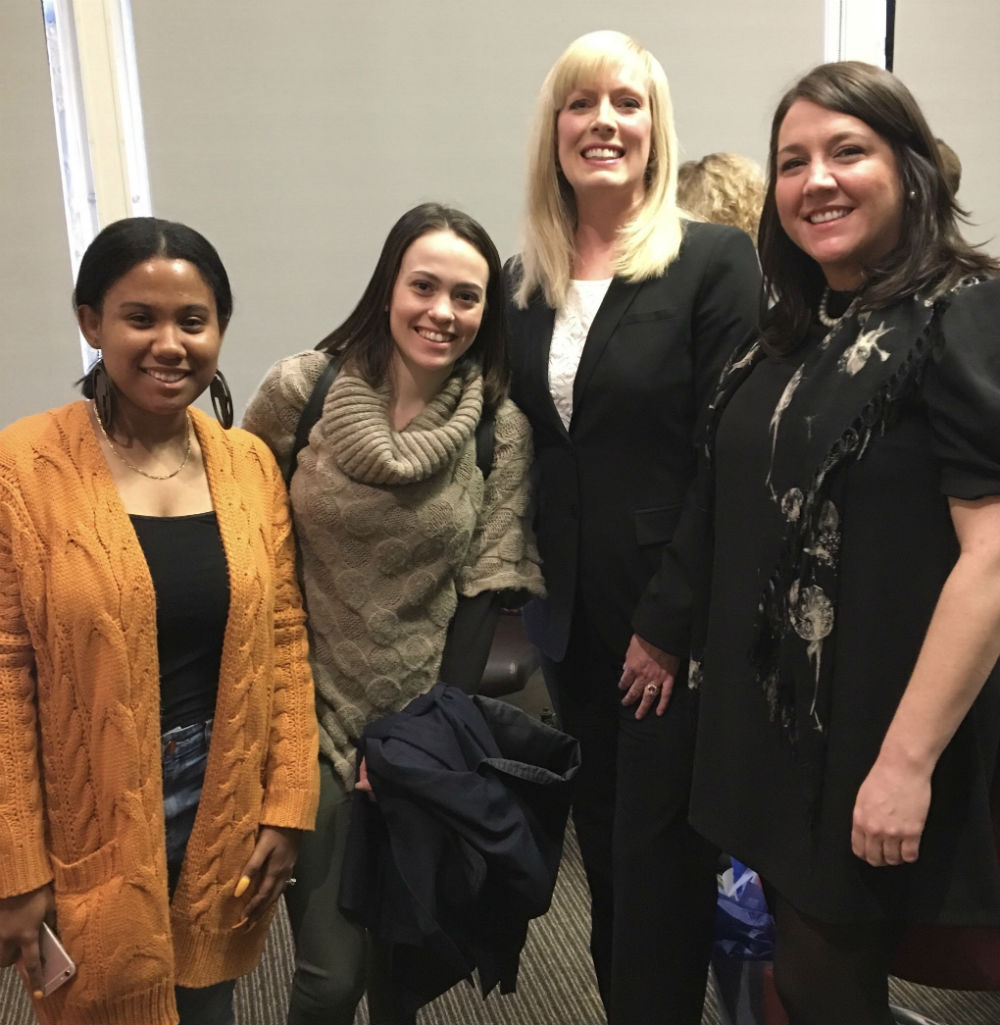 Herbie Morscher '88 and Morscher's Pork Store in Queens were featured in a story about the how the family owned store has changed and thrived since 1955. Article: http://bit.ly/Morscher-Pork-Store

Citi Private Bank named Natalia Murphy '97 new Head of Trust and Wealth Planning for North America. Murphy is responsible for developing and managing wealth planning business strategy and driving business development activities for Citi Trust in the U.S. and Canada, as well as leading a team of wealth planning specialists.

Gustavo Figueroa '00, Senior Producer at SNY (above) has made multiple visits to Communication Arts classes to talk about the work he does behind the scenes. He says he loves the work even though he gets "none of the fame and all of the blame." Gus also welcomed two classes to the SNY studios at 4 World Trade Center. 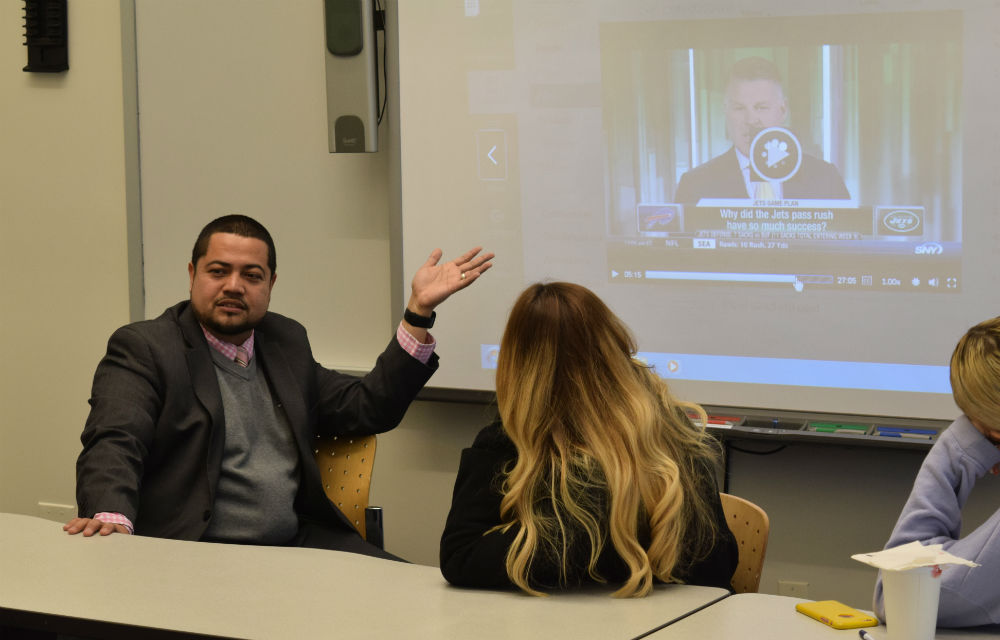 Suriyati Barnes '02 is now an instructional specialist with the UFT Teacher Center, after spending 11 years working as an elementary special education teacher in The Bronx. The position provides teacher centered professional development and support to educators across New York City.

Jessica Boiardi '05 is now the Director of Revenue Operations at Complex Networks, overseeing the pre- and post-sale teams for advertising, working through programming and products. She previously worked for Mashable and CNN.

Aridia Espinal is the latest Terrier to become an elected official, winning the special election to fill the State Assembly seat for the 39th Assembly District, which covers Jackson Heights, Elmhurst and Corona. Assemblywoman Espinal was a District Leader, and Deputy Director of the District Office for Francisco Moya, who previously held the seat. She is proud to fight for immigrants, women's rights, and union laborers. 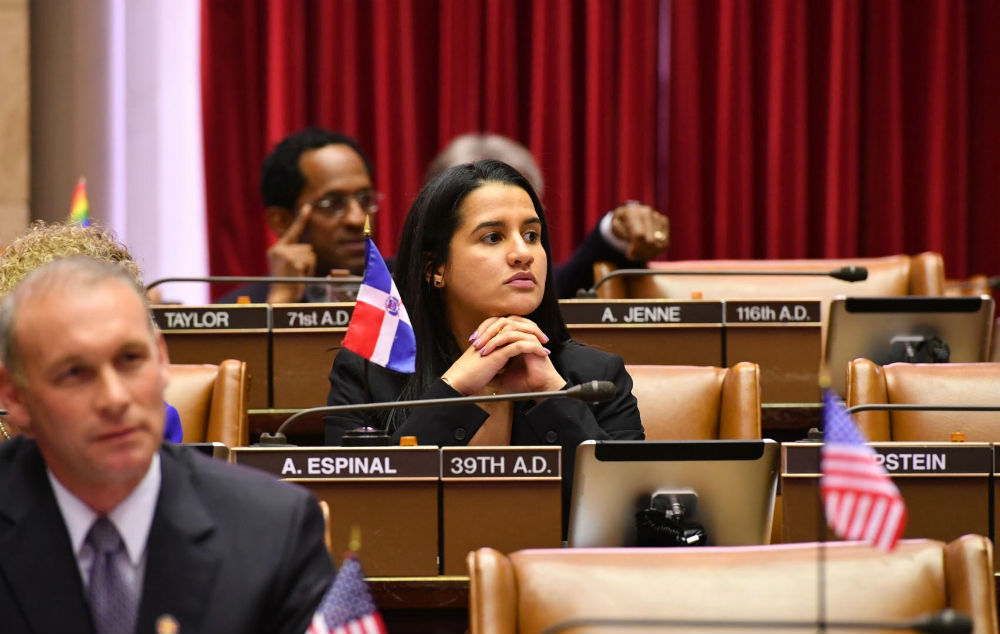 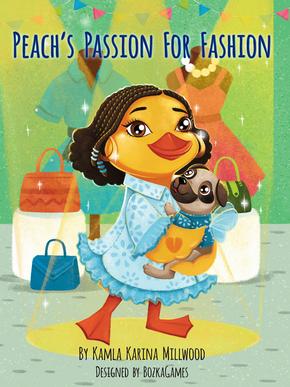 Michael Rogers '06, was recognized by RecruitMilitary.com as one of the Top 40 Under 40 Military class of 2017. The list is put out each year for Veterans Day. 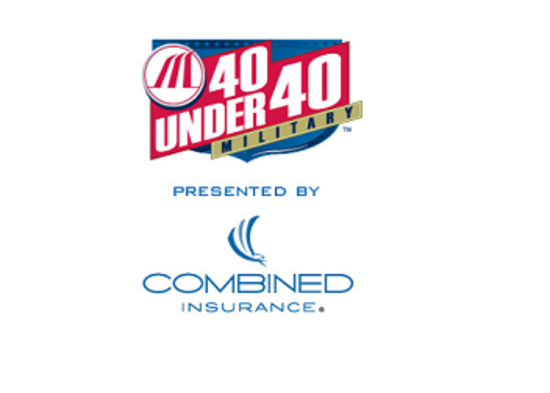 Christie Fischetti '10 and Michael A. D'Esposito '10 will soon celebrate their second anniversary. The couple wed in November of 2016. 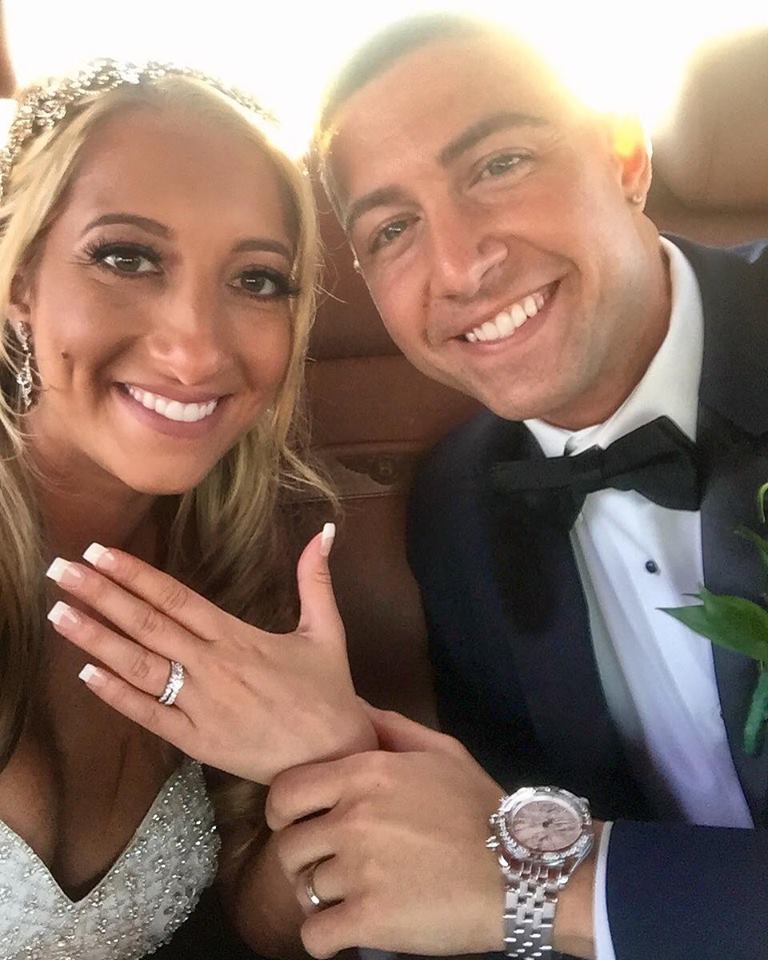 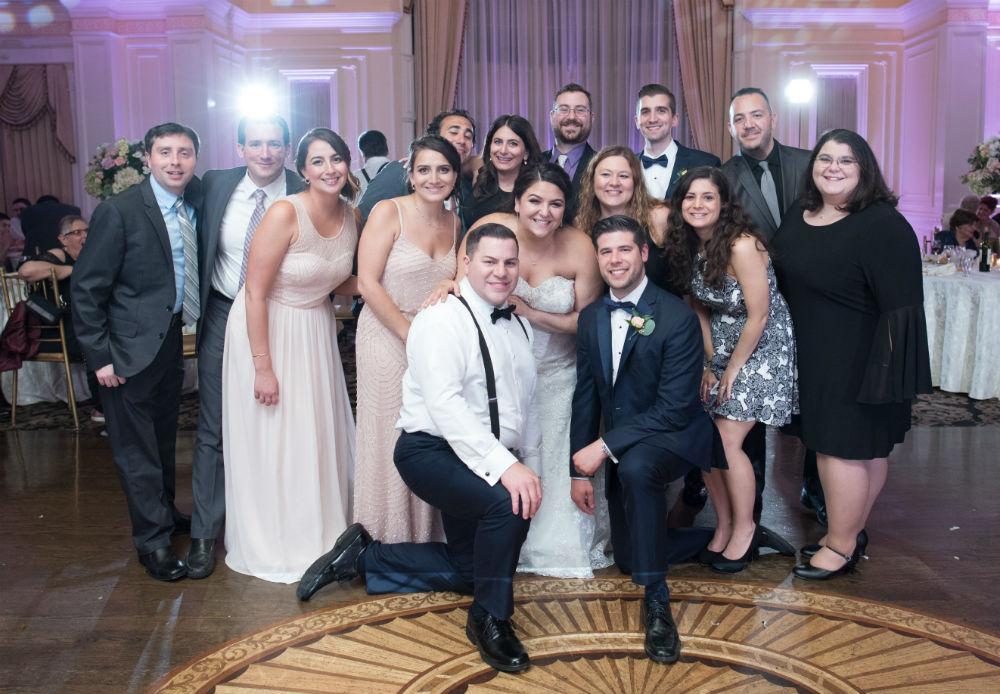 Chandra Persaud '11 received her Master's Degree in Speech-Language Pathology from CUNY Queens College on May 25, 2018. The elite program only accepts 16 students each year, and Chandra is happy to report that she graduated with highest honors. Chandra is excited to embark on her career, using her skills and knowledge to help improve the quality of life for children diagnosed with developmental disabilities. 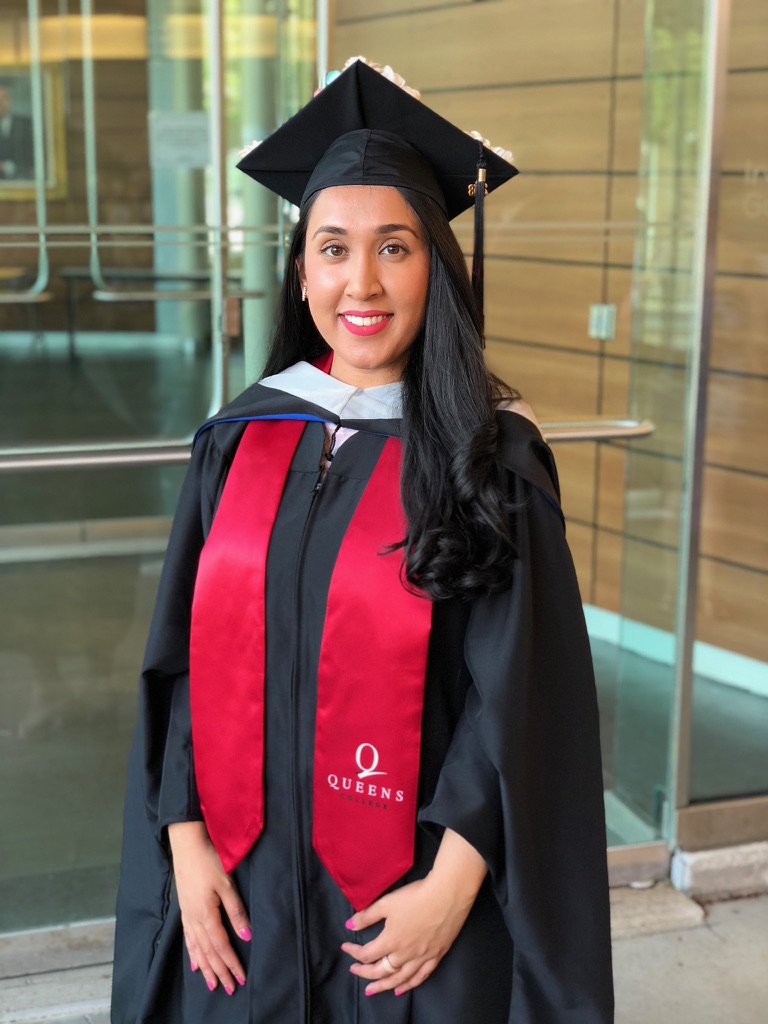 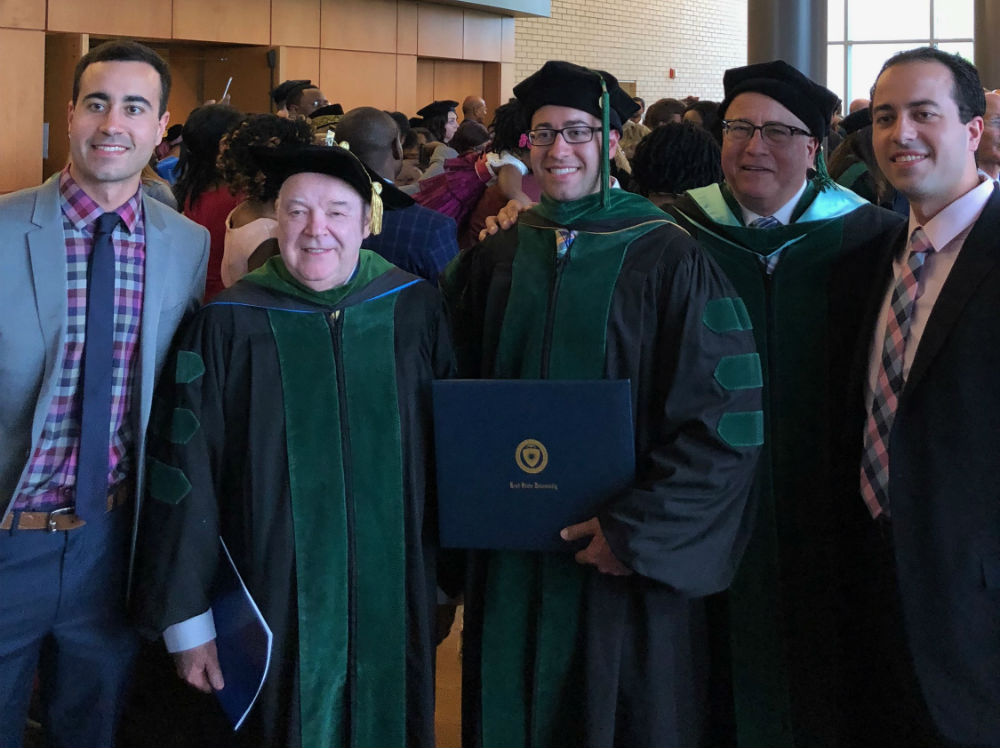 Michael Russo '08 left St. Francis College with the dream of becoming a doctor. He was accepted to Pennsylvania State University College of Medicine and attended, carrying a near perfect GPA while majoring in Biology with a double minor in Chemistry and Information Technology.

"This was something that I truly thought I wanted and worked so hard to achieve," said Russo.

But after two years of medical school, he came to the difficult decision that nursing was his dream profession. Russo came back to New York, enrolled in the accelerated BSN program at Stony Brook School of Nursing and 12 months later, he was on his way.

During this time he met his future husband and moved to California to enter the workforce. His first job, at Children's Hospital of Orange County, came after a grueling two hour interview at a round-table with nine people throwing questions at him. Russo specialized in Pediatrics and found that he loved teaching as well. He attended California State University, Fullerton where he earned a Master's Degree in Nursing with a focus on Education. He also earned certification in Neonatal Intensive Care and as a Lactation Counselor. 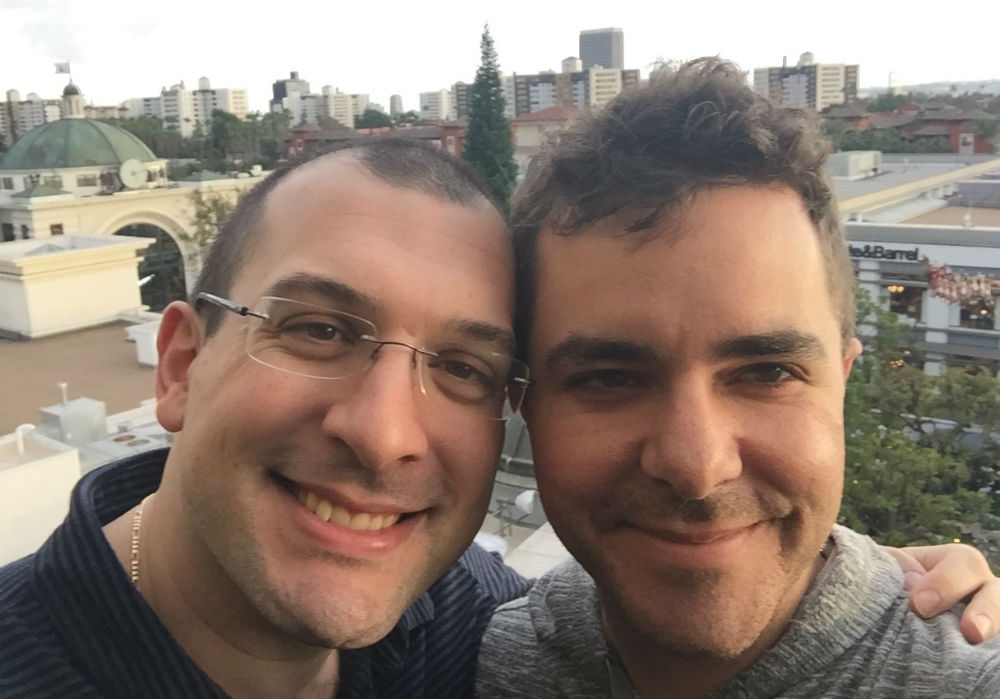 "Breastfeeding and its important properties are so important and I am very much passionate about educating new families about it as well as helping them achieve it effectively," said Russo.

After four years at Cedars Sinai Medical Center in Neonatal Intensive Care, Russo moved back to New York to be closer to his family. But after a year at Lenox Hill Hospital, California came calling again and he returned to the west coast, teaching part-time at Cal State Fullerton in the BSN program.

He is now Clinical Nurse Educator of the NICU at Good Samaritan Hospital in Los Angeles and once a week is a bedside nurse in the NICU at Providence Saint Joseph Medical Center in Burbank.

Russo said he wanted to share his story to show others that the ups and downs, big life-changing decisions, and career twists and turns can all turn out for the best.

"I am the busiest I have ever been but most importantly of all, I feel happy and fulfilled," said Russo. "This is something that has taken me a long time to achieve. I am so happy I made the decisions I have in the past. Nursing is where my heart is and I thank God for all of my guardian angels for helping me reach the path that I am on today."

Next up, Russo will attend California State University Dominguez Hills for a Post-Master's Certificate in the Parent-Child Clinical Nurse Specialist program. He ultimately would like to earn a Doctorate in Nursing Practice.