Skip to main content
Upload Proof of Vaccination
Reminder: All students, faculty, and staff must be fully vaccinated against COVID-19 and upload proof as a condition of accessing College buildings (including the residence hall) during the 2021-2022 academic year.
Academics
November 12, 2013

Discrimination, Even in Death

History Professor Sara Haviland spoke about the role of race and politics in the unearthing of an African Burial Ground in Lower Manhattan in the 1990’s during her lecture for the Fifth American Studies Colloquium held on November 4 at St. Francis College. 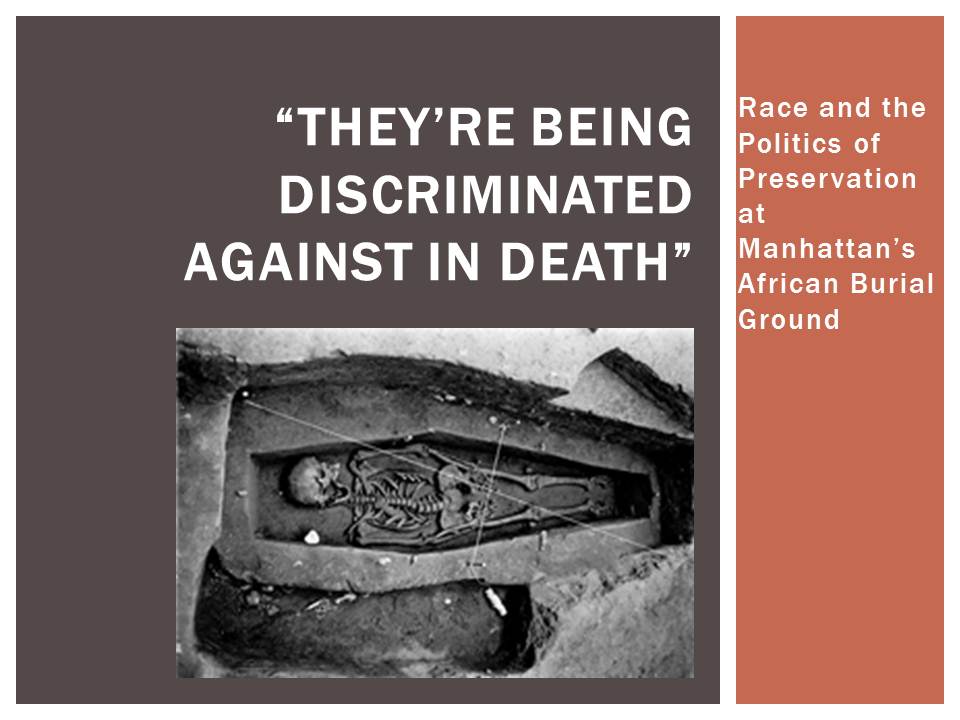 Haviland used the discovery to retell the story of slavery in colonial New York City, where twenty percent of the population was slaves. These slaves were responsible for building the foundation and infrastructure of the city. The burial ground was active for about 100 years until 1795.

She then put the dis-internment of the remains into the recent context of 1990’s race relations and the tensions that had surfaced with incidents like the Rodney King beating and the death of Gavin Cato.

Haviland recounted how developers first attempted to remove the more than 400 remains to continue building a planned pavilion. But pressure mounted, construction was halted, and the site was turned into a memorial and monument space The 419 sets of remains were then reinterred in 2003.

The Certificate in American Studies is an interdisciplinary program bringing together the methods and insights of many departments to give the SFC student a complex, rich and sophisticated understanding of American culture as well as the context for understanding America’s interactions with the larger world. The annual colloquia allows professors to highlight various topics and introduce new courses to students.