Skip to main content
Upload Proof of Vaccination
Reminder: All students, faculty, and staff must be fully vaccinated against COVID-19 and upload proof as a condition of accessing College buildings (including the residence hall) during the 2021-2022 academic year.
Academics
February 19, 2015

Does France Have a Future?

Author Christopher Caldwell, "Reflections of the Revolution in Europe: Immigration, Islam and the West" and Guy Sorman (French Economist) came to St. Francis College February 19, 2015 to discuss the topic, Does France Have A Future?

The deadly attack on the Charlie Hebdo newspaper staff brought to the surface many fears and frustrations of contemporary French Society.

The event was moderated by St. Francis Scholar in Residence Fred Siegel, a Senior Fellow at the Manhattan Institute and author of The Revolt Against The Masses: How Liberalism Undermined the Middle Class. He has been instrumental in bringing a number of timely and provocative events to the College, including: Debating the Common Core, New York's New Digital Media, and Can You be Both a Business Success and Ethically Noble? 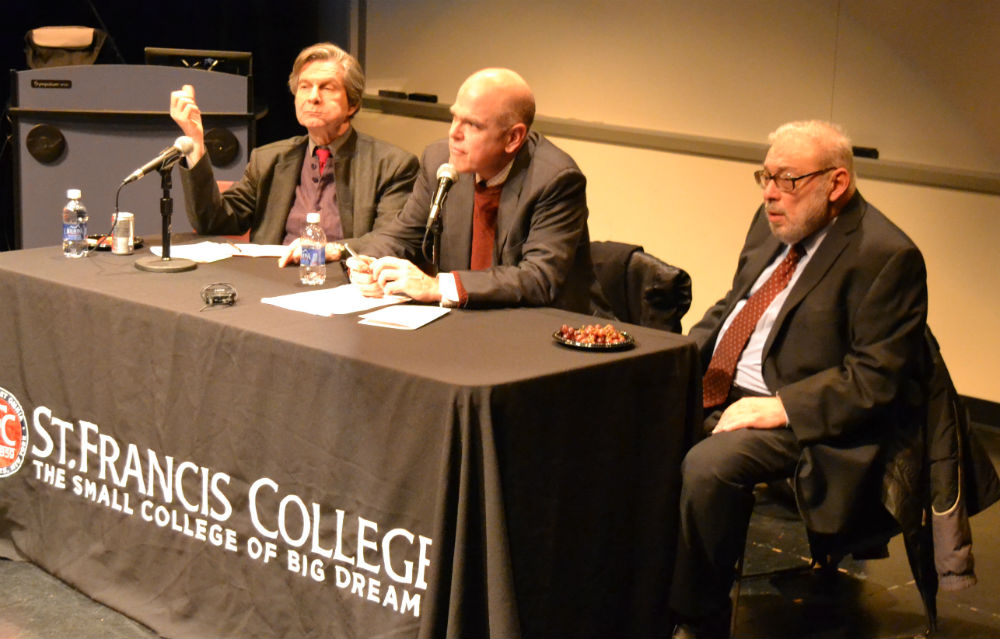 Biographies
Christopher Caldwell is a senior editor at the Weekly Standard. He is the author of Reflections on the Revolution in Europe: Immigration, Islam and the West. In recent weeks has been writing about France for Le Monde and the Wall Street. Journal. 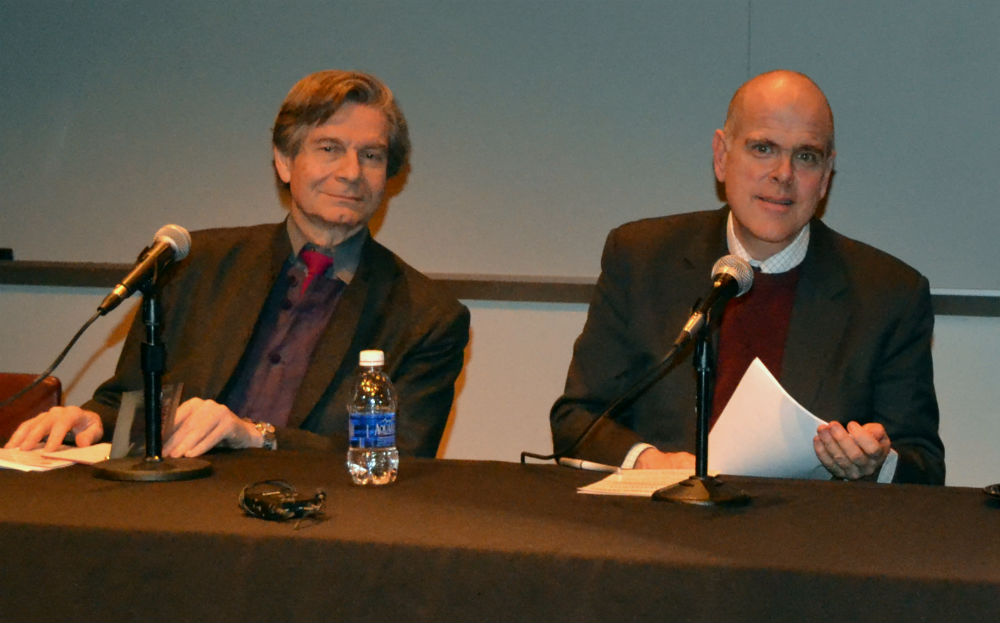 Guy Sorman is a City Journal contributing editor and one of France's leading public intellectuals. He has often written in defense of free markets and the free society in Europe. His work is published in more than 100 newspapers and magazines around the world with frequent op-ed page in The Wall Street Journal. Sorman has authored more than twenty books, and started his own publishing company in Paris.

He is the founder and former president of Action against Hunger and served on the French National Commission for Human Rights. He previously served as deputy mayor of the city of Boulogne-Billancourt, near Paris, where he is now chairman of the city's economic council.

Sorman has taught economics at Paris University and also in China, Russia, Argentina, and the U.S.