Skip to main content
Upload Proof of Vaccination
Reminder: All students, faculty, and staff must be fully vaccinated against COVID-19 and upload proof as a condition of accessing College buildings (including the residence hall) during the 2021-2022 academic year.
Academics
November 4, 2015

Does Liberalism Have a Future?

James Pierson came to St Francis College November 4, 2015 to talk about his new book Shattered Consensus: The Rise and Decline of America's Postwar Political Order and to help answer the question, Does Liberalism have a Future?

He is author of the celebrated book, Camelot and the Cultural Revolution: How the Assassination of John F. Kennedy Shattered American Liberalism (Encounter Books). Piereson is a Manhattan Institute senior fellow and director of the Institute's Center for the American University. Mr. Piereson is president of the William E. Simon Foundation, a private grant-making foundation located in New York City. The foundation has broad charitable interests in education, religion, and problems of youth. Mr. Piereson was executive director and trustee of the John M. Olin Foundation from 1985 through 2005 when, following longstanding plans, the foundation disbursed its remaining assets and closed its doors 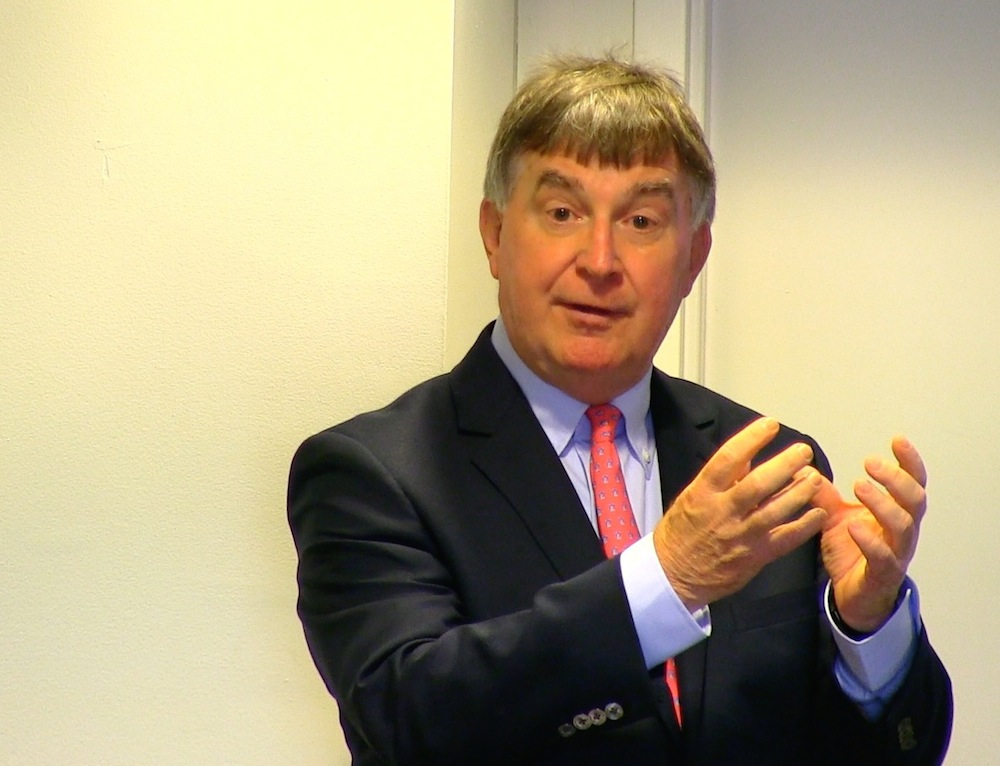 Prior to joining the Olin Foundation, he served on the political science faculties of several prominent universities, including Iowa State University (1974), Indiana University (1975), and the University of Pennsylvania (1976-82), where he taught courses in the fields of United States government and political thought.

In addition to Camelot and the Cultural Revolution, Mr. Piereson is the author (with J. Sullivan and G. Marcus) of Political Tolerance and American Democracy (University of Chicago Press, 1982) and the editor of The Pursuit of Liberty: Can the Ideals That Made America Great Provide a Model for the World (Encounter Books, 2008).