Skip to main content
Upload Proof of Vaccination
Reminder: All students, faculty, and staff must be fully vaccinated against COVID-19 and upload proof as a condition of accessing College buildings (including the residence hall) during the 2021-2022 academic year.
Academics
October 22, 2015

Vargas, a co-founded the Dream Action Coalition, is an undocumented immigrant who has been an outspoken supporter of the Dream Act and had fought for the right to practice law in New York state.

On June 3, 2015 the NYS Supreme Court Appellate Division ruled that Vargas could practice law, making him the state's first undocumented immigrant admitted to the bar. 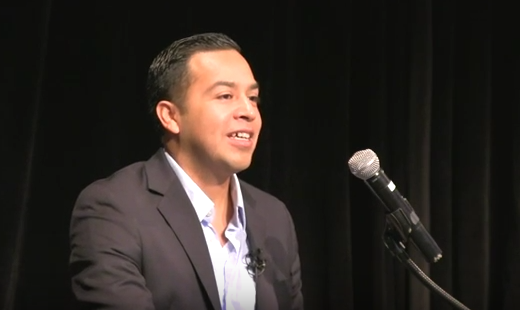 "Knowing that I can now practice law, I can continue my advocacy for immigration reform as a licensed lawyer," Vargas told the Terrier. "I will work to ensure that our community has the best legal services but most importantly to ensure that my law license works towards modernizing laws that no longer serve our community."

Vargas arrived in New York from Mexico with his mother when he was five. He passed the bar exam in 2011 after graduating from CUNY School of Law that same year.

One hurdle remains: Vargas is on probation for trespassing after asking a presidential candidate about immigration reform at a campaign event in Iowa. New York will not admit him while he is on probation.