Skip to main content
Upload Proof of Vaccination
Reminder: All students, faculty, and staff must be fully vaccinated against COVID-19 and upload proof as a condition of accessing College buildings (including the residence hall) during the 2021-2022 academic year.
Academics
April 6, 2018

Dean Baker, co-founder and a Senior Economist at the Center for Economic and Policy Research (CEPR) in Washington, D.C. discussed "The Economic Consequences of Mr. Trump" on April 5, 2018.

(What are the Economic Consequences of Mr. Trump?)

Baker is the writer of several books, including Rigged: How Globalization and the Rules of the Modern Economy Were Structured to Make the Rich Richer (2016). He writes on the highly read blog Beat the Press and is constantly featured in the media giving commentaries on the US economy. Baker has also worked as a consultant for the World Bank, the Joint Economic Committee of the U.S. Congress, and the OECD's Trade Union Advisory Council.

His current research focuses on providing a critique of orthodox monetary theory and policy, and the development of an alternative approach. He also publishes extensively in the areas of full employment policy and, more generally, fiscal policy. Wray's most recent book is Why Minsky Matters: An Introduction to the Work of a Maverick Economist (2016). Professor Wray will also talk about the Levy Economics Institute of Bard College MA and MS Programs in Economic Theory and Policy. 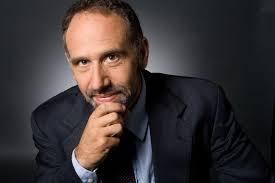 In addition students presented educational posters to share their research on a variety of economic topics.