Skip to main content
Upload Proof of Vaccination
Reminder: All students, faculty, and staff must be fully vaccinated against COVID-19 and upload proof as a condition of accessing College buildings (including the residence hall) during the 2021-2022 academic year.
Academics
May 12, 2015

May 12 is also the birthday of Florence Nightingale, credited with elevating Nursing to a respected and professional field of Health Care. 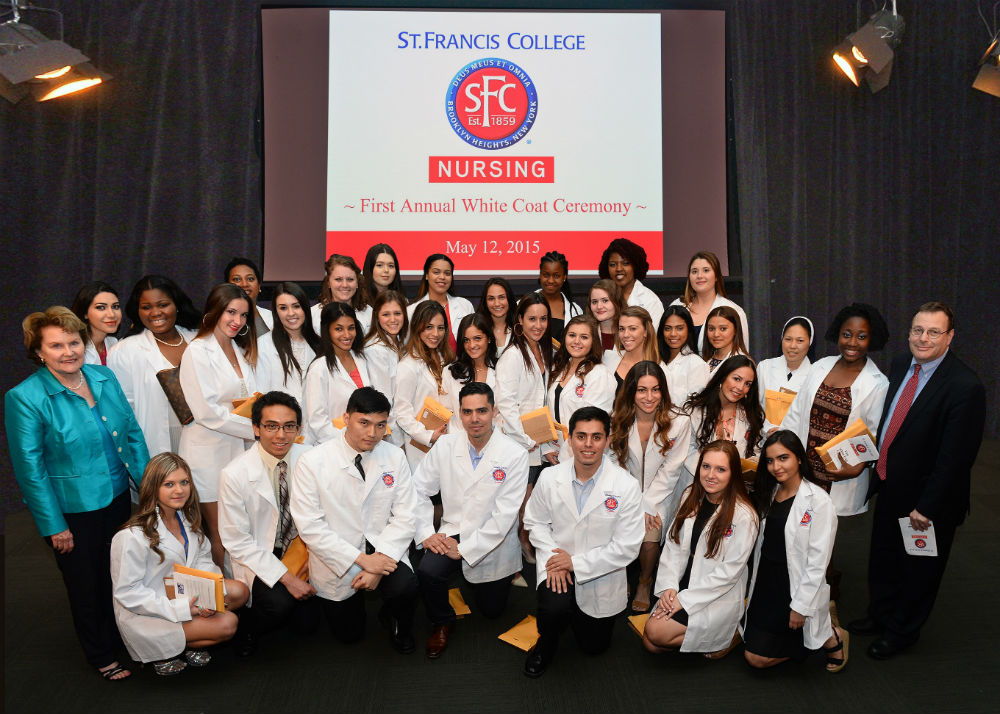 The College places a heavy focus on technology in its four year undergraduate Nursing program as well as its two-year RN to BS program. Each student received an iPad to be used for textbooks and to link with the College’s newly renovated Nursing Lab. The lab features a collection of robot simulators that mimic thousands of symptoms for students to diagnose. All the work is captured on video, giving instructors the opportunity to pinpoint specific areas for improvement.

The Keynote Address at the Ceremony was delivered by Pamela D. Straker, the Program Coordinator for the Brooklyn Health Disparities Center at Downstate Medical Center. Straker talked about some of the programs at the Center including the training of hairdressers and barbers in HIV and AIDS prevention to reach populations that don’t normally access local health care providers. The Disparities Center also encourages people from under-represented populations to seek careers in the sciences.

Ann Bove, MSN, a professor at St. Francis College and instructor at Bellevue Hospital spoke about The Future of Nursing.

White Coat ceremonies first became popular more than 20 years ago and were exclusively for students in medical school. However, as Dean of Academic Programs and Development Allen Burdowski explained, “Nurses today share the same ideals as every other health care professional, so by now including you in this ceremony we hope to establish a stronger sense of community among yourself and other caring health care providers.”