Skip to main content
Upload Proof of Vaccination
Reminder: All students, faculty, and staff must be fully vaccinated against COVID-19 and upload proof as a condition of accessing College buildings (including the residence hall) during the 2021-2022 academic year.
Academics
April 19, 2007

Forgiveness for an Unforgivable Crime

More than a hundred students, staff and community members filled the Maroney Forum for Arts, Culture and Education Monday for the annual Yom HaShoah observance at St. Francis College. The guest lecture, "On the Holocaust and Forgiveness," was presented by Professor Andrew Kelley from Bradley University.

Kelley, an associate professor of philosophy spoke about the work of French philosopher Vladimir Jankélévitch (1903-1985). Jankélévitch was a Jewish professor who taught at the University Of Lille in northern France before being stripped of his privileges during World War II. He went into hiding from the Nazis and was only reinstated several years after the war ended, ultimately he taught philosophy at the Sorbonne in Paris. Jankélévitch never forgave the Germans and Germany for the Holocaust, going so far as to never play music by German composers or to read works by German philosophers. 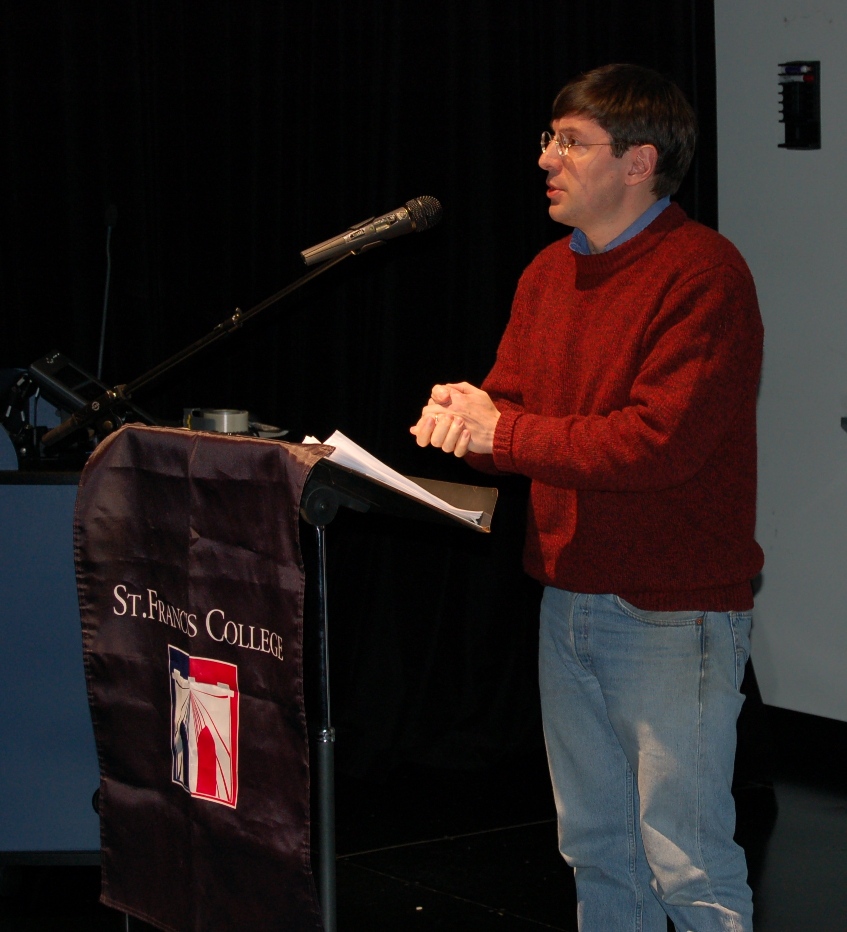 Jankélévitch's writings on forgiveness were the focus of Professor Kelley's talk. He laid out an apparent contradiction at the heart of Jankélévitch's work: on the one hand, that in the end there is nothing that is beyond forgiveness and on the other hand that Germany and the German people cannot be forgiven for the Holocaust.

Kelley said that Jankélévitch's writing place the Holocaust is unique, unlike any other crime ever committed, in that the aim to not just kill Jews but to totally erase Judaism. He says that despite the fact that there were Germans who fought the Nazis and helped save Jews, the crime of the Holocaust was committed by the German people as a whole, not just individuals. Jankélévitch writes thatforgiveness must come from the individual victim and be given freely to the offender and it is impossible for one person to forgive an entire country. He also says that he saw no remorse in Germans as a whole, and to be forgiven, the offender must show remorse for their crime.

Professor Kelley has written extensively on German philosophy, and is the translator of Jankélévitch's Forgiveness (University of Chicago Press, 2005).