The maintenance is scheduled to take place on the following days: June 21, June 22, July 11, July 13, August 1, August 3, August 16, and August 17. If you experience any problems accessing any of these applications during these dates, please understand the application may be down for migration. SFC IT will be sending out notifications when systems are back online. Thank you for your support and patience during this process.
Academics
April 7, 2008

Tips for the First Five Years on the Job

St. Francis College Alumnus and former CEO of Deloitte, Bill Parrett '67 shared some of his 40 years of accounting and workplace skills with a group of current St. Francis accounting and management students Monday, April 7. He focused on dos and don'ts for the first five years on the job.

"When I graduated from St. Francis I was pretty nervous," said Parrett. "I wasn't sure how good my professors were; how good my school was and even how good I was. I wondered, 'what do I have to offer to a major corporation?'" 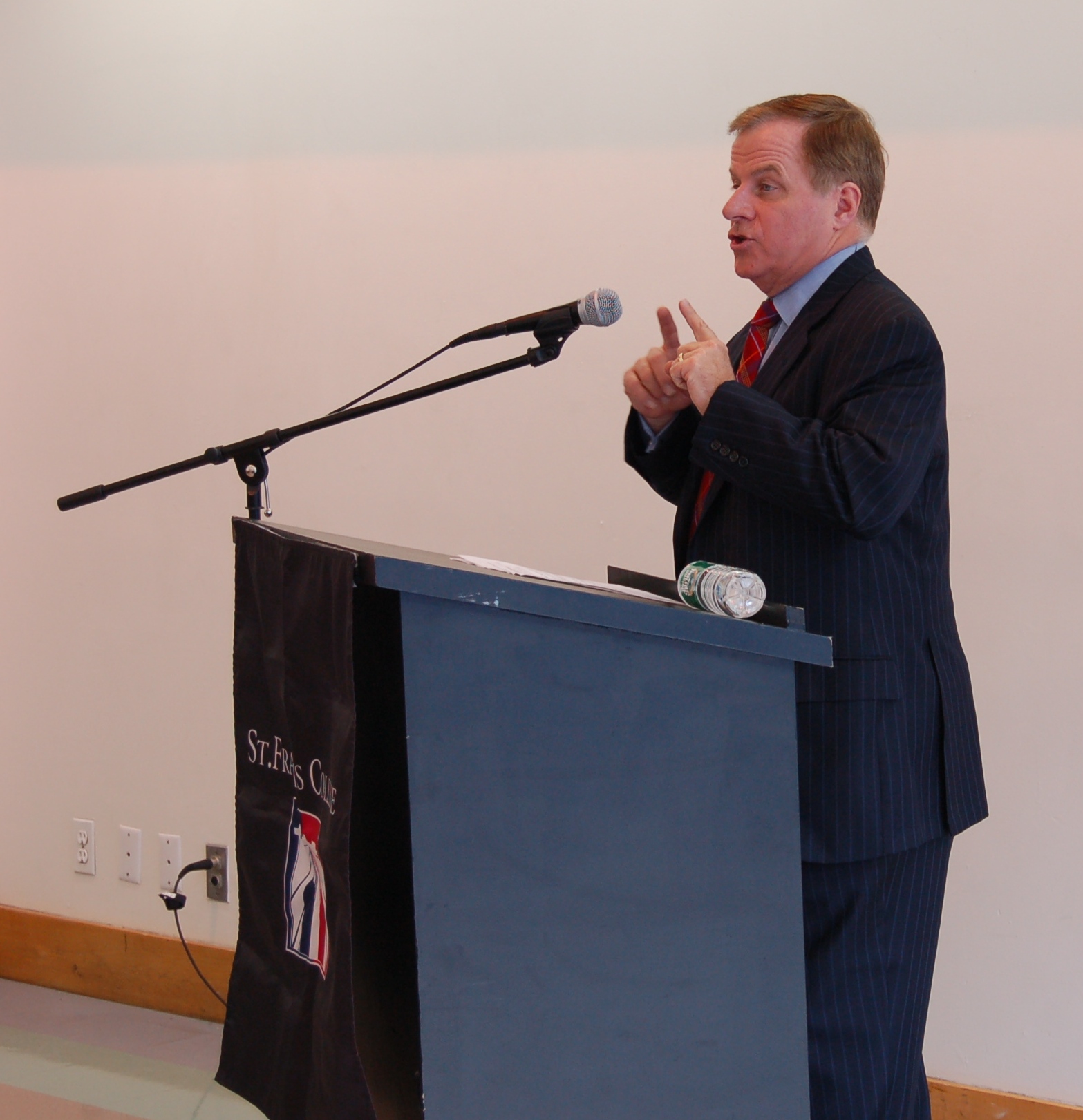 The way Mr. Parrett dealt with his concerns was to take a hard look at his goals in life. He said that by determining his definition of success, he could set those goals and then focus on an objective to work towards. Parrett added that goals can always change and be updated continually as you mature and gain experience. "I never had a goal to be CEO of Deloitte. I wanted to be a Senior Partner and have influence on the company but CEO was never one of my goals."

Among the things to look out for on a new job; "If it sounds too good to be true, it's probably illegal," he said. He also urged students to never mix business with personal life and to never speak poorly about co-workers.

On the positive side, Parrett is a big supporter of mentorships; pointing to the career long mentor he had for more than 30 years at Deloitte. "I always told my mentor, 'Don't tell me what I'm doing well. Tell me what I need to do to do better.'" Parrett also talked about the importance of giving back and helping others.

Among his many accomplishments, Mr. Parrett co-founded Deloitte's Global Financial Services Industry practice and served as its first chairman. He has also led Deloitte's participation in the World Economic Forum's annual meeting in Davos, Switzerland, an event where world leaders in business, government, academia and philanthropy meet to address important issues that impact the world. He is now Chair of the United Way of America, serves on the Board of Trustees of Carnegie Hall and the National Advisory Board of the National Underground Railroad Freedom Center as well as St. Francis College.

This year, for the first time, a group of St. Francis College students will have an advantage that none of their predecessors were able to enjoy. They are graduating with a Master's Degree in Accounting, the first graduate students in the College's 150 year history. The degrees are a result of the new five-year combined Bachelor's and Master's Degree program for Accounting.