Skip to main content
Upload Proof of Vaccination
Reminder: All students, faculty, and staff must be fully vaccinated against COVID-19 and upload proof as a condition of accessing College buildings (including the residence hall) during the 2021-2022 academic year.
Academics
November 1, 2017

A prison cell can dull even the most spirited minds, but for some, creativity is a way to get beyond the prison walls.

On November 1, 2017, St. Francis College student and member of the College's Post-Prison Program, Johnny Perez '18 showed home words led to positive action by hosting Diary of My State Pen, a night of poetry and performances by formerly incarcerated writers.

(Watch Diary of My State Pen)

"Living in prison is like living in darkness, but creative expression is the illuminating light which often eliminated that darkness, not only for me, but for all the writers who will share their journey with us," said Perez. 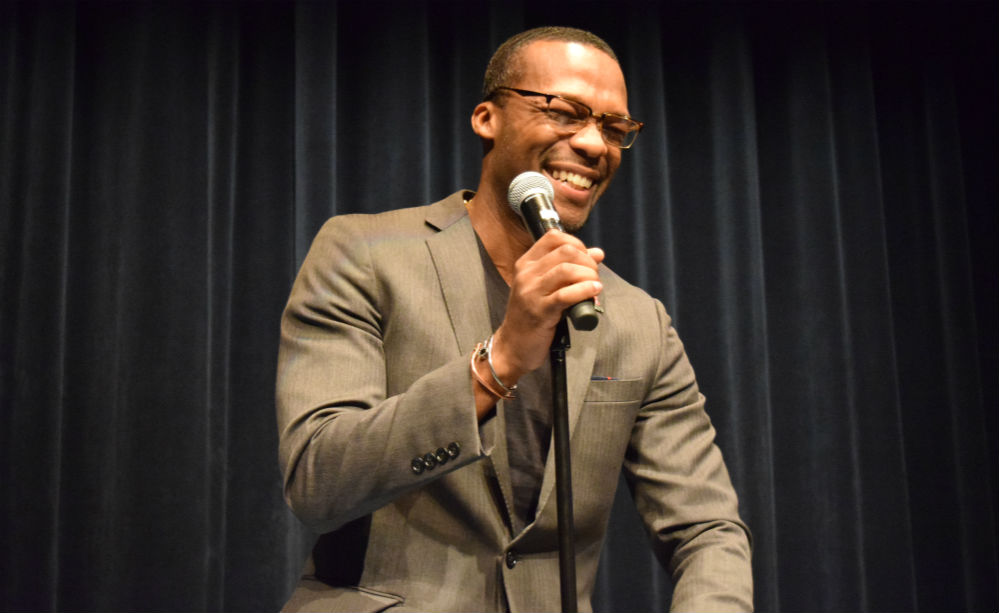 Johnny Perez is a Criminal Justice major at St. Francis. He is a tireless advocate for those facing the challenges of re-entry after prison. He now works for the National Religious Campaign Against Torture as their Director of U.S. Prisons Program where advocates against the use of solitary confinement. He previously worked full-time at the Urban Justice Center as a re-entry advocate since 2014 while attending St. Francis College full-time. Last year, he was appointed to the New York State Advisory Committee to the U.S. Commission on Civil Rights. He has worked to change the status quo of unjust policies and practices as a member of the the Jails Action Coalition and the Campaign for Alternatives to Isolated Confinement (CAIC), as well as on the NY Bar Association's Correction and Reentry Committee.