The maintenance is scheduled to take place on the following days: June 21, June 22, July 11, July 13, August 1, August 3, August 16, and August 17. If you experience any problems accessing any of these applications during these dates, please understand the application may be down for migration. SFC IT will be sending out notifications when systems are back online. Thank you for your support and patience during this process.
Academics
November 6, 2019

Franciscan Brothers of Brooklyn to Speak About Serving Migrants at u.s. Southern Border 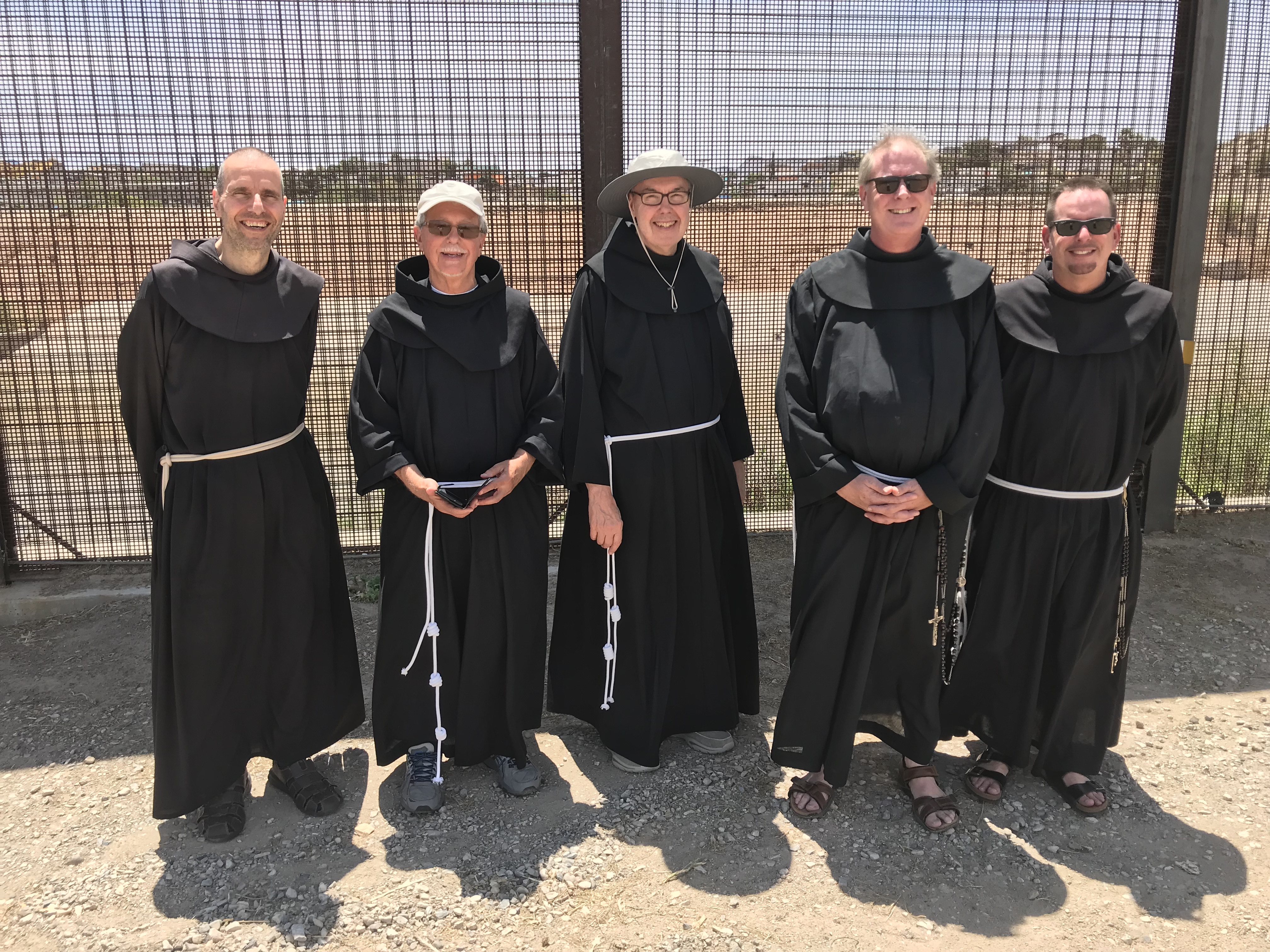 A panel of Franciscan Brothers of Brooklyn will share stories of the migrants they served at the Southern border, in an event that affirms St. Francis College's mission-driven theme this year: The Dignity of the Human Person.

"Brooklyn Brothers at the Border" was originally scheduled to take place on Monday, November 11th.

It has been postponed and a new date and time will be announced soon.

A few of the Franciscan Brothers of Brooklyn who spent a week in El Paso, Texas in August will discuss the plight of women, men and children they worked with during their time there. Their efforts included helping migrants with U.S. government-required paperwork, ensuring they had appropriate clothing, connecting them with family within the United States, and providing solace and comfort in frightening and disorienting circumstances.

"The Gospel calls us to embrace every human being, regardless of race, ethnicity, gender, economic status, or immigration status," said Brother Joseph Bach, Director of Vocations for the Franciscan Brothers of Brooklyn and one of the Brothers who took part in the trip. "Many St. Francis students are immigrants or children of immigrants, and the experience of the people coming across the border today is not all that different than what they or their families experienced. When I talk with students I remind them of those commonalities."

The Brothers traveled to El Paso as part of "The Encuentro Project," a program run by two Marist Brothers in that city and in Ciudad Juárez, Mexico that supports migrants on both sides of the border.

Among the people the Brothers served include a mother who carried her disabled son on foot through Mexico into the United States so he could receive life-saving care, and another who fled her hometown with her young children to escape imminent violence from drug cartels.

"Our service in El Paso is a continuation of our Franciscan tradition," said Brother Joseph. "The Brothers who came in 1858 worked with the immigrant population of Brooklyn. That's why we were sent forth to do this work at the Border. It was a good continuation of our charism."

St. Francis College's Office of Mission, Ministry and Interfaith Dialogue establishes a theme each year around which it develops programming for the College community, particularly during St. Clare and St. Francis Week. This year's theme is the Dignity of the Human Person.

The five Franciscan Brothers of Brooklyn who traveled to El Paso are Brothers Gregory Cellini, Thomas Barton, Padraic Campbell, Geoffrey Clement and Joseph Bach. This event is free and open to the public.