The maintenance is scheduled to take place on the following days: June 21, June 22, July 11, July 13, August 1, August 3, August 16, and August 17. If you experience any problems accessing any of these applications during these dates, please understand the application may be down for migration. SFC IT will be sending out notifications when systems are back online. Thank you for your support and patience during this process.
Academics
January 22, 2018

FROM NEW NATION TO WORLD POWER:

Parts of Brooklyn were once laid waste by federal forces in an ongoing battle that is seldom discussed, the Whiskey Wars of the 1870's.

The story of this escalating tax fight between Brooklyn and the government will be told by author Sarah Lohman in the first lecture of the Spring 2018 Senior Citizen Lecture Series, "From New Nation to World Power: Culture, Politics, and Society in the United States, 1789-1896." 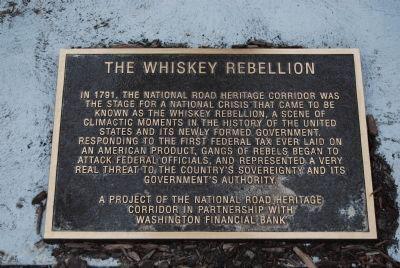 Other topics include the Philadelphia Female Anti-Slavery Society, Pre-Civil War Politics, Maria Edgeworth and Children's Literature, and a history of The Brooklyn Waterfront by Julie Golia from the Brooklyn Historical Society.

All lectures take place on Tuesdays at 11:10 am in Lecture Hall 3213 beginning January 23 and running through April 24. All talks are free and open to the public.

The series is organized by Sara Rzeszutek (History) and is part of the For Seniors program run year-round by St. Francis College.

This combination of senior citizens and undergraduate students creates a mixture of ideas and perspectives that offers a unique learning experience for both groups. The lecture series was started by Dr. John Flynn in the 1960's. It is responsible for hundreds of notable guest lectures and has helped strengthen the bond between the College and members of the community. A number of professors have taken on the mantle of organizing the series over the years including Professors Arthur Hughes, Frank Sorrentino, Arnold Sparr, and Emily Horowitz.

All events are sponsored by the Department of History, the Senior Citizen Lecture Series, and the Center for Women's and Gender Studies. For more information, please contact Prof. Sara Rzeszutek ([email protected]).

St. Francis College thanks the New York City Council and New York State Legislature for their support of the For Seniors program, which is funded under contract with the New York City Department for the Aging and includes free activities like, swimming, yoga, and tai-chi, as well as creative writing classes and movies.

Masters of Social Gastronomy co-founder Sarah Lohman runs the blog, Four Pounds Flour, and her work has been featured in The New York Times and The Wall Street Journal. She appears on the Cooking Channel's Food: Fact or Fiction? and is 1/2 of the Masters of Social Gastronomy with co-founder Jonathan Soma. Her first book, Eight Flavors: The Untold Story of American Cuisine, was published by Simon & Schuster in 2016.

January 30: Film Screening and discussion - Lewis & Clark: The Journey of the Corps of Discovery

Steven Hahn, winner of the 2004 Pulitzer Prize in History, is Professor of History at New York University. He is author of A Nation Without Borders:The United States and its World in an Age of Civil Wars, 1830-1910; The Political Worlds of Slavery and Freedom; and A Nation Under Our Feet: Black Political Struggles in the Rural South from Slavery to the Great Migration.

Author of the groundbreaking Ar'n't I A Woman? Female Slaves in the Plantation South, Deborah Gray White is the Board of Governors Professor of History and Professor of Women's and Gender Studies at Rutgers University. Her other works include: Telling Histories: Black Women Historians in the Ivory Tower; Let My People Go: African Americans 1800-1865; and Too Heavy a Load: Black Women in Defense of Themselves.

Ian Maloney is Professor of English at St. Francis College. An expert on 19th century American literature, he is the author of Melville's Monumental Imagination and several additional pieces on Herman Melville, Walt Whitman, William Apess, and Saul Bellow.

Tyler Anbinder is Professor of History at George Washington University. He has written extensively on the history of New York City, including Five Points: The 19th Century New York City Neighborhood That Invented Tap Dance, Stole Elections, and Became the World's Most Notorious Slum; Nativism and Slavery: The Northern Know-Nothings and the Politics of the 1850s; and City of Dreams: The 400 Year Epic History of Immigrant New York. Five Points was named a Notable Book by the New York Times (2001) and one of "Twenty-Five Books to Remember" by the New York Public Library (2001).

Rebecca Shapiro is Associate Professor of English at City Tech. She studies eighteenth and nineteenth century literature and dictionary writing, and is author of Principles of Applied Lexicography: An Historical Anthology.

Katharine Lee holds a Ph.D. in History from Rutgers University. Her dissertation is titled "'The Young Women Here Enjoy a Liberty': Philadelphia Women and the Public Sphere, 1760s-1840s. She teaches in the Rutgers University Department of History, the Douglass Residential College, and the Rutgers Honors College.

Julie Golia is Director of Public History at Brooklyn Historical Society and is the director of the curatorial team for the forthcoming Waterfront, a long-term exhibition at BHS DUMBO. She is the author of a forthcoming book on advice columns in American Newspapers and holds a Ph.D. in History from Columbia University.

SFC alum and Coney Island historian Mike Quinn researched and resurrected the original Feltman's Coney Island hot dog, which has been named the one of the 12 best things to eat in the summer of 2017 by Zagat's, the #7 best hot dog in the country by the Daily Meal, and "Most likely the best hot dog you'll ever eat in your life," by Gothamist. Quinn will discuss Feltman's and the broader history of Coney Island.

David Reynolds is Distinguished Professor of English at the CUNY Graduate Center. He has written extensively on the literature and history of the nineteenth century, including: Mightier than the Sword: "Uncle Tom's Cabin" and the Battle for America; Waking Giant: America in the Age of Jackson; John Brown, Abolitionist: The Man Who Sparked the Civil War, Killed Slavery, Seeded Civil Rights; and Walt Whitman's America: A Cultural Biography. He is the winner of the Bancroft Prize, the Gustavus Meyer Outstanding Book Prize, the Ambassador Book Award, and has been named to the New York Times notable books list for several of his publications.