The maintenance is scheduled to take place on the following days: June 21, June 22, July 11, July 13, August 1, August 3, August 16, and August 17. If you experience any problems accessing any of these applications during these dates, please understand the application may be down for migration. SFC IT will be sending out notifications when systems are back online. Thank you for your support and patience during this process.
Academics
October 12, 2017

From Utopia to Dystopia With Gregory Claeys

(Watch From Utopia to Dystopia)

Dr. Claeys, from Royal Holloway, University of London, focuses his research on social and political reform movements as well as utopianism and early socialism. He has taught at prestigious universities around the world including the Australian National University, Canberra, Keio University, Tokyo, the University of Hanoi (2008), and the University of Peking. 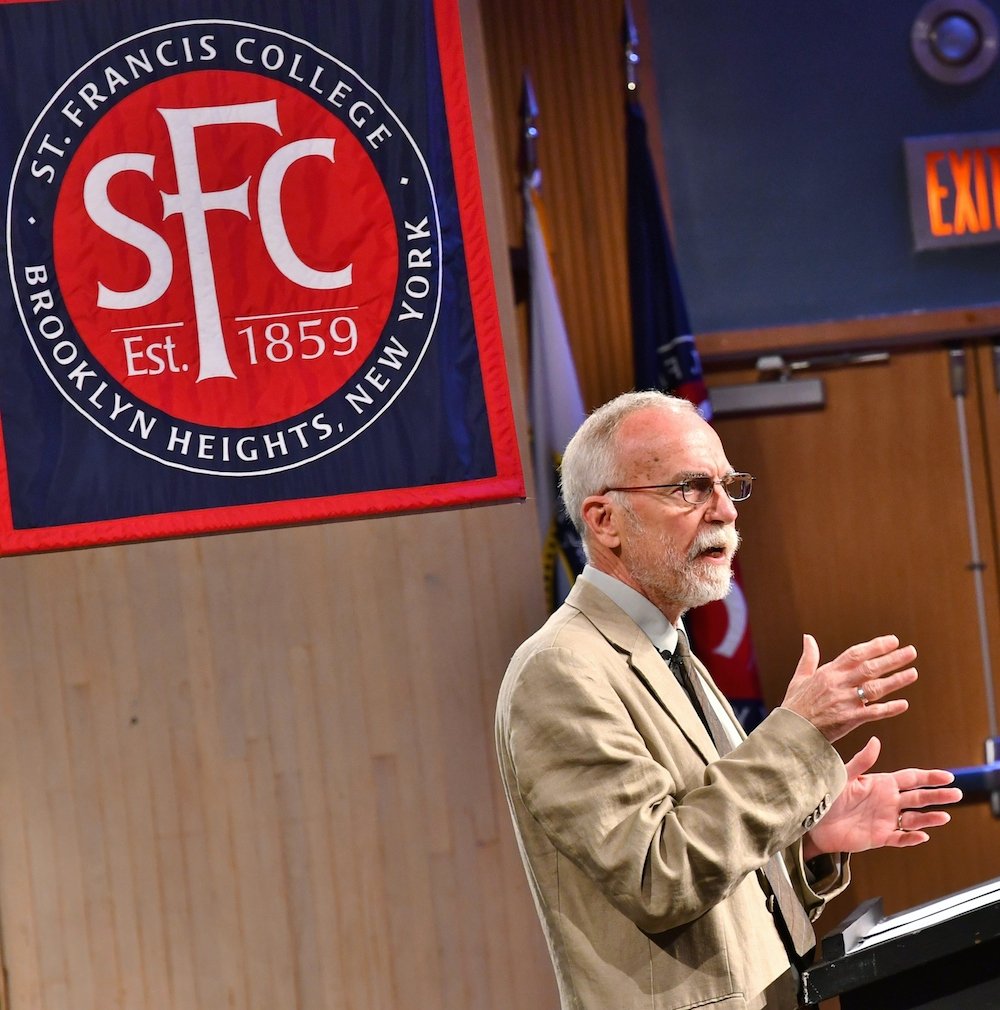 The lecture is named for Dr. Francis Greene, who taught at St. Francis College for more than 30 years before retiring as a full-time faculty member. Professor Greene founded the Honors Program and was the long-time moderator of the Duns Scotus Honor Society and chair of the Department of Foreign Languages, Fine Arts, and International Cultural Studies, where he still teaches. He was also Co-Director of the College's Study Abroad program.

In 2015 Claeys was elected to the Academia Europaea/The Academy of Europe, History Section (one of 237 members). In 2016 he was elected Chair of the Utopian Studies Society (Europe).