Skip to main content
Upload Proof of Vaccination
Reminder: All students, faculty, and staff must be fully vaccinated against COVID-19 and upload proof as a condition of accessing College buildings (including the residence hall) during the 2021-2022 academic year.
Alumni
December 6, 2019 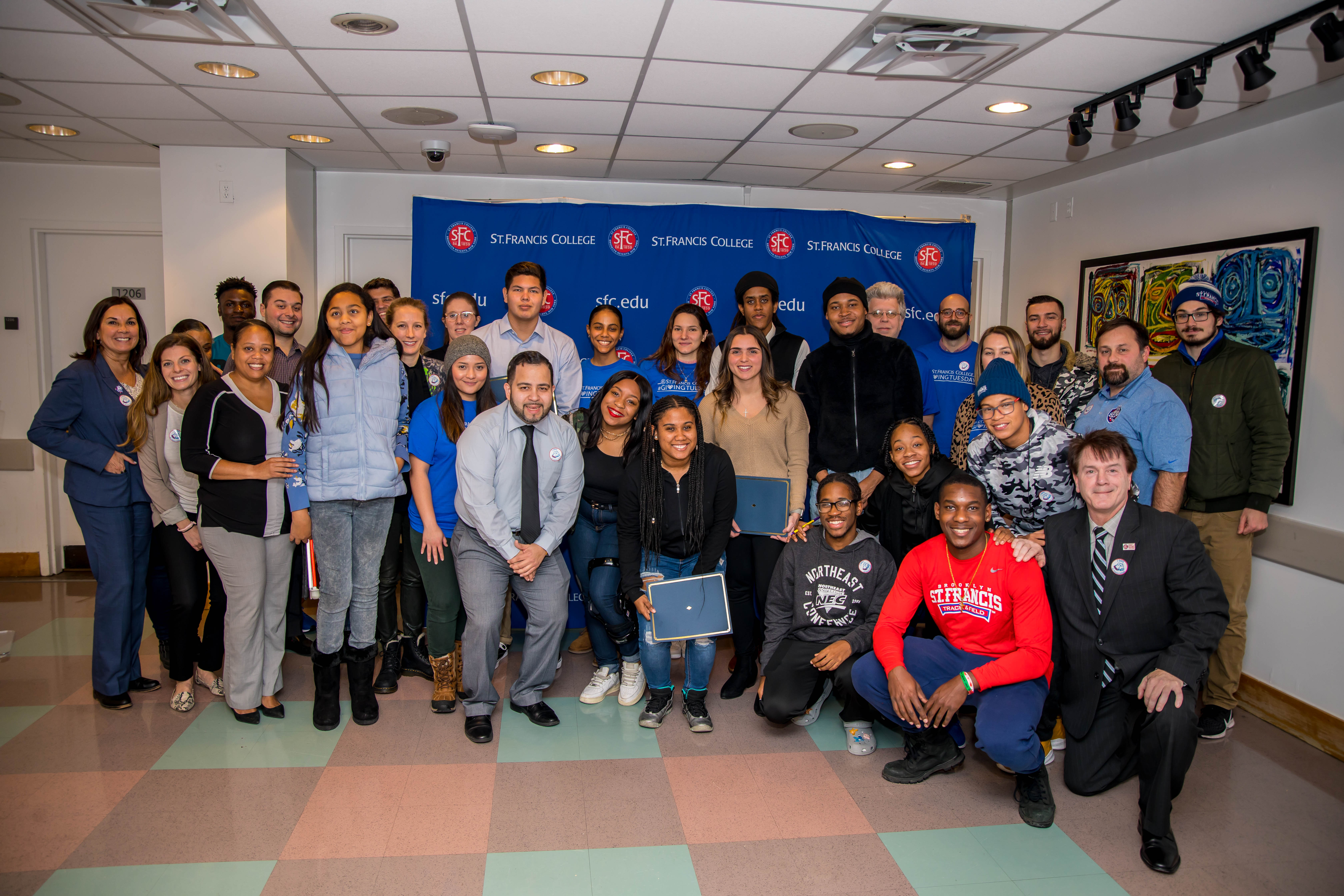 "December 3rd, and the weeks leading up to it, were truly an 'All Paws In' effort," said Kristen Anderson, SFC Director of Engagement and Annual Giving.

The day kicked off in Giving Tuesday's SFC campus headquarters, with coffee, donuts, music, balloons and the College mascot, Rocky, entertaining the volunteers. The energy and participation were high. Students and VIPs, such as Dr. Jennifer Lancaster, Vice President of Academic Affairs and Academic Dean, called alumni throughout the day and into the evening, recruiting their participation in the day's fundraising efforts.

The Advancement team hosted a Happy Hour in the evening to thank faculty and staff and to reveal the new Alumni Center and their new office space, which they moved into in August.

"The day was a success thanks to all the believers of SFC, both on and off campus," said Anderson. "Outside of Advancement, all departments across campus were involved in one way or another, planning, supporting, attending, taking photos, making videos, shared on social media, encouraging others to give, and so much more. St. Francis College is a special place, which is continually made clear by the community joining in for important events like this. Thank you to everyone who participated and helped to advance the mission of SFC on Giving Tuesday and every day."