Skip to main content
Upload Proof of Vaccination
Reminder: All students, faculty, and staff must be fully vaccinated against COVID-19 and upload proof as a condition of accessing College buildings (including the residence hall) during the 2021-2022 academic year.
Academics
December 10, 2010

How a Changing Brooklyn Affects Its Literati

Coming from different backgrounds but all a part of the Brooklyn Literati, five authors and publishers from Brooklyn came together December 10 for an open discussion on how changing neighborhoods are having an impact on the writers’ community of the borough for Brooklyn in Literature, 1855-2010 at St Francis College.

St. Francis College English Professor Ian Maloney began with a look back at nostalgic Brooklyn through the eyes of Walt Whitman, pointing out some contradictions in Whitman’s work like Crossing Brooklyn Ferry. “On the one hand Whitman talks about the beauty of Brooklyn in its current state,” said Maloney. “But then Whitman utters a call for progress and cheers on the burgeoning city.” 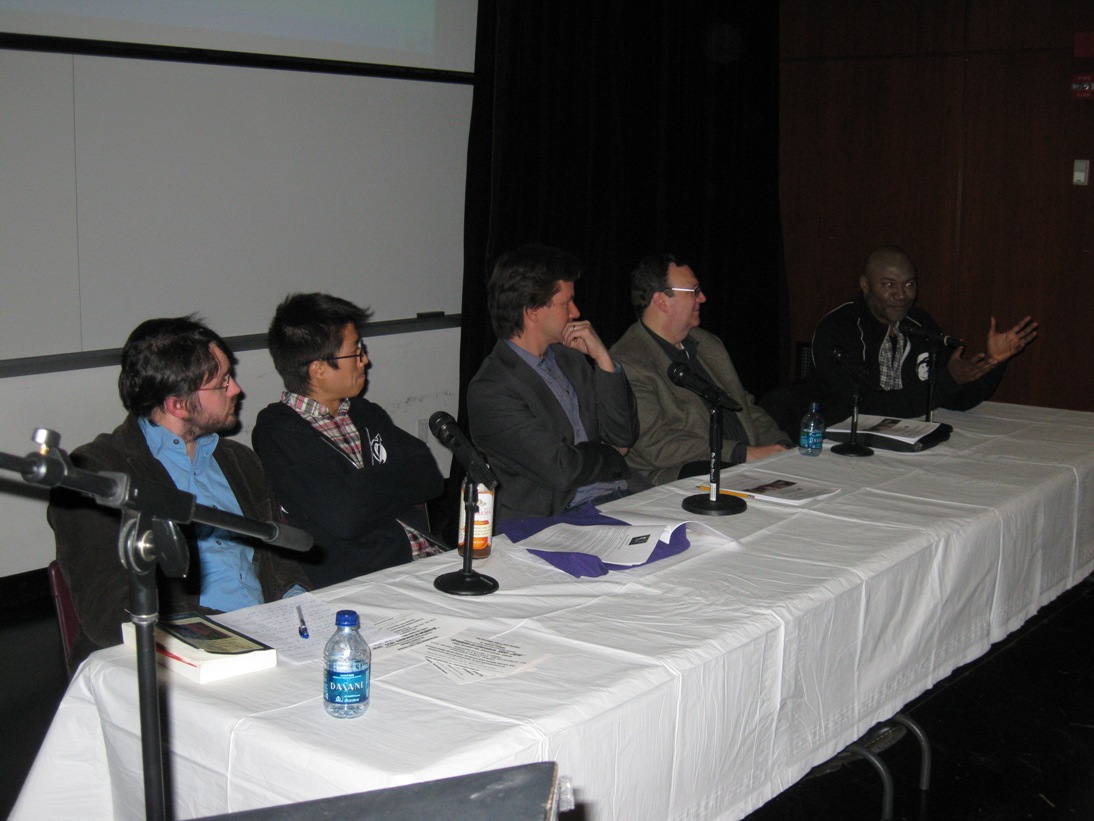 Other speakers, which included Author Nelson George, who wrote the memoir, City Kid; the publisher and editor-in-chief of Akashic Books, Johnny Temple; Tim McLoughlin, author of Heart of the Old Country and editor of the Brooklyn Noir series; and Tao Lin who wrote, Shoplifting from American Apparel.

Nelson George spoke at length about gentrification in Brooklyn, a major topic of the discussion. He spoke about how writers and artists have helped transform communities like Williamsburg, Greenpoint and Fort Greene, but now find themselves being pushed out by higher priced housing. The panelists pointed out that even communities once considered heavily undesirable are now inaccessible to writers.

Another issue raised by several panelists is that the gentrification process may be pushing out native Brooklynites as well and with the exception of Tao Lin a recent transplant to Williamsburg, they were concerned about the disappearing neighborhoods where they once lived, visited and wrote about. The fear is that the Manhattanization of the borough will mean Brooklyn as this generation knows it will only exist in books.

The Brooklyn Film & Arts Festival, under the director of Aziz Rahman, is dedicated to presenting cultural programs about Brooklyn that illuminate the rich history and unique character of Brooklyn’s vibrant past and illuminating Brooklyn happening today.