Skip to main content
Upload Proof of Vaccination
Reminder: All students, faculty, and staff must be fully vaccinated against COVID-19 and upload proof as a condition of accessing College buildings (including the residence hall) during the 2021-2022 academic year.
Academics
January 17, 2008

He's been called "the moralist of a generation," but the legacy of American playwright and icon Arthur Miller took a hit last year after an article in Vanity Fair. Now in the new issue of the Arthur Miller Journal (Vol. II, No. 2, St. Francis College), Christopher Bigsby, the noted Miller scholar, offers a spirited defense of Miller and the relationship between the father, mother (Inge Morath) and their son, Daniel.

Contrary to the portrayal of Miller in Vanity Fair, Bigsby explains: "I had known of Daniel's existence for some seventeen years, as had many of Miller's friends and colleagues." Bigsby asserts, "Parents of learning disabled children know that the choices which confront them are many and not without pain. They want one thing above all else—to do the right thing. The problem is to know what that might be." 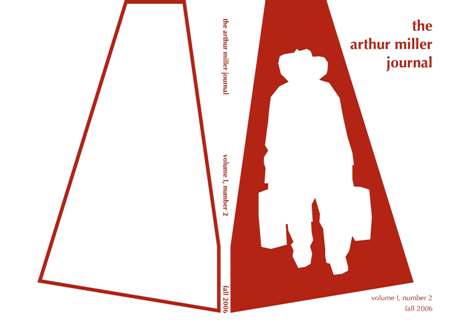 Bigsby proclaims that Miller is still a hero, albeit a fallible one, just as the lead characters in so many of his works from Willy Loman in Death of a Salesman to John Procter in The Crucible. He also reminds us of the old politically motivated attacks on Miller for his refusal to name names to Joseph McCarthy and for his vehement opposition to the Vietnam War.

"The Vanity Fair article impugns the character of Inge Morath and Arthur Miller." said journal editor, Stephen Marino. "As editor of the journal responsible for Miller's legacy, I have been struggling how to respond. As the world's foremost Miller scholar, Bigsby's remarks are most appropriate."

The current issue of the journal also includes articles by Lew Livesay, Leigh Woods, and Carlos Campo, coverage of the opening of the Arthur Miller Theatre at the University of Michigan, and book and performance reviews.

The Arthur Miller Journal provides a lasting legacy to the legendary playwright's significant contributions to American Drama. The journal is published twice yearly under the auspices of St. Francis College in cooperation with the Arthur Miller Society and the Arthur Miller Centre at the University of East Anglia.

Complete text of the article is available to media upon request.