The maintenance is scheduled to take place on the following days: June 21, June 22, July 11, July 13, August 1, August 3, August 16, and August 17. If you experience any problems accessing any of these applications during these dates, please understand the application may be down for migration. SFC IT will be sending out notifications when systems are back online. Thank you for your support and patience during this process.
In the Spotlight
September 12, 2019 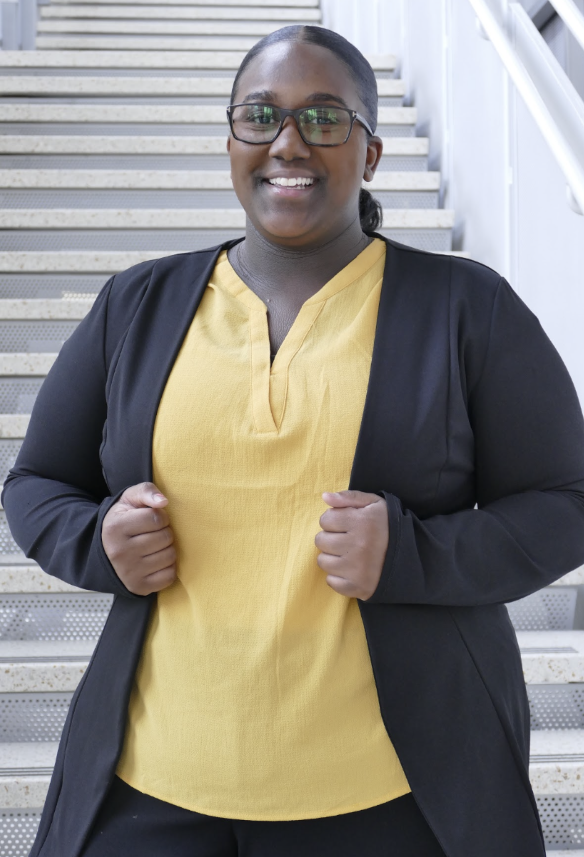 Gabrielle Smalls, known as Gabby, knew she wanted to be a lawyer from a young age.

What she didn't know? That she'd be part of the inaugural class of a new summer program in New York City designed to prepare local college students for the rigors of the law-school application process and the coursework required to earn a law degree.

The Program provides students from underrepresented populations with a dedicated set of opportunities to explore the law and create a pathway to earn their J.D. degrees at NYLS.

The annual program, which launched this year, requires a two-summer commitment and is free to participants.

She completed a Capstone Project as well, for which she had to create an argument on behalf of a "client," using interviews with legal professionals to help build her case.

Gabby reflected on her summer at NYLS and on her life at St. Francis College.

Tell me about your experience at New York Law this summer

The program provided me with a mock law school experience.

The first few days when I started the program, I was really nervous because the professors were actual law professors. They kind of intimidated us because they treated us like we were in law school.

Imagine trying to raise your hand [in front of] a law professor. You want to make sure you're not getting anything wrong. You want to sound as smart as possible. Some of the questions were intense. Especially since they enforced the Socratic method. They wanted to pick your brain because that's what lawyers do

Do you get course credit?

No. It was more of an experience...because now I'm more informed about what law school is, how the process works and what I'm going to be doing in law school.

It was really hard, so yes, some people did drop out. Twenty-three of us got accepted, and finishing it, there were 13. They [the participants] were from colleges all around New York City. I was with my friend Jennifer Vargas- Ruiz, and she goes here [St. Francis College]. She is a political science major. She finished the program with me.

How did you find out about the program and how did you get into it?

Linda [Werbel, SFC Vice President for Government and Community Relations] and Tearanny [Street, SFC Executive Director of Marketing and Communications] actually referred me. [They] each sent me an email [about the program] and they pushed me to apply to it. And then it took about a month to get a response back from the Dean.

The program [asked for] a personal statement, two letters of recommendation, and my transcript.

I was speaking with the Dean [there] and she did say that next summer [in the program] we would be applying to law schools and [it would] be more intense. New York Law School would consider us for full scholarships because we are in the program.

What were some of the big takeaways for you from this program?

They kept giving me more knowledge than [what] I expected. [The syllabus] only included five topics that I would be learning 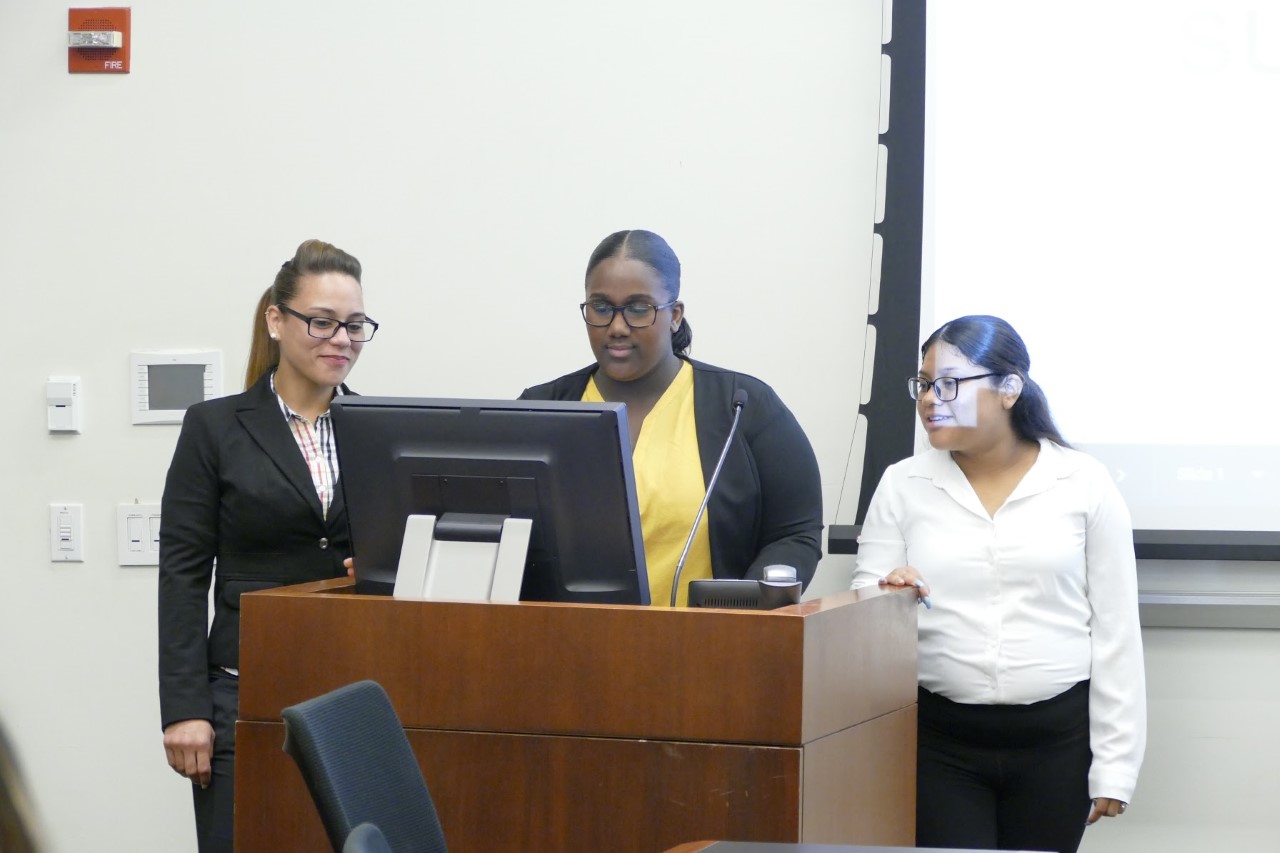 about. But then when I was in the classroom, it was LSAT prep. It was legal analysis, legal writing, drafting out cases and analyzing them. I learned how to properly brief a case. [We] even [took] a trip to Judge Carolyn Walker-Diallo's courtroom [note: Judge Walker-Diallo is Supervising Judge of the Kings County (Brooklyn) Civil Court] and sat in on various hearings.

I also got to do a capstone project where I met with two attorneys: Stephen Lewis, from the Chief Legal Counsel Division of the NYC Law Department and Lisette Camilo, Commissioner of the NYC Department of Citywide Administrative Services. I interviewed them and saw the lawyering process [first hand].

Why did you choose to attend St. Francis College?

I felt like I didn't want to be away from home, and I got accepted here with partial scholarship. When I came to orientation, I just liked the vibe that I got from all the staff.

Everyone really cared. They really wanted to know [about] your wellbeing. The staff, my professors, they really care about you.

Are you involved in any co-curricular activities here?

I'm involved in the Latin American society and I'm the chairman of Pre-Law Journal and the Pre-Law Society.

The Pre-Law Journal is where you express your opinions of many different things, many aspects of what's happening in the world today. So if you feel really strongly about kneeling at football games, you could write about that. Or maybe what's happening with the President. Just strong opinions that people have. I would be the person that would help you broadcast your ideas. The Journal is online. We have a private website [for it] within the Pre-Law Society that I run.

How did you know you wanted to be a lawyer?

It was the small things that triggered me to [want to] become a lawyer.

When I was younger I wanted a puppy. So I wrote my mom a contract [so] that she would get me a dog.