The maintenance is scheduled to take place on the following days: June 21, June 22, July 11, July 13, August 1, August 3, August 16, and August 17. If you experience any problems accessing any of these applications during these dates, please understand the application may be down for migration. SFC IT will be sending out notifications when systems are back online. Thank you for your support and patience during this process.
Academics
September 24, 2019 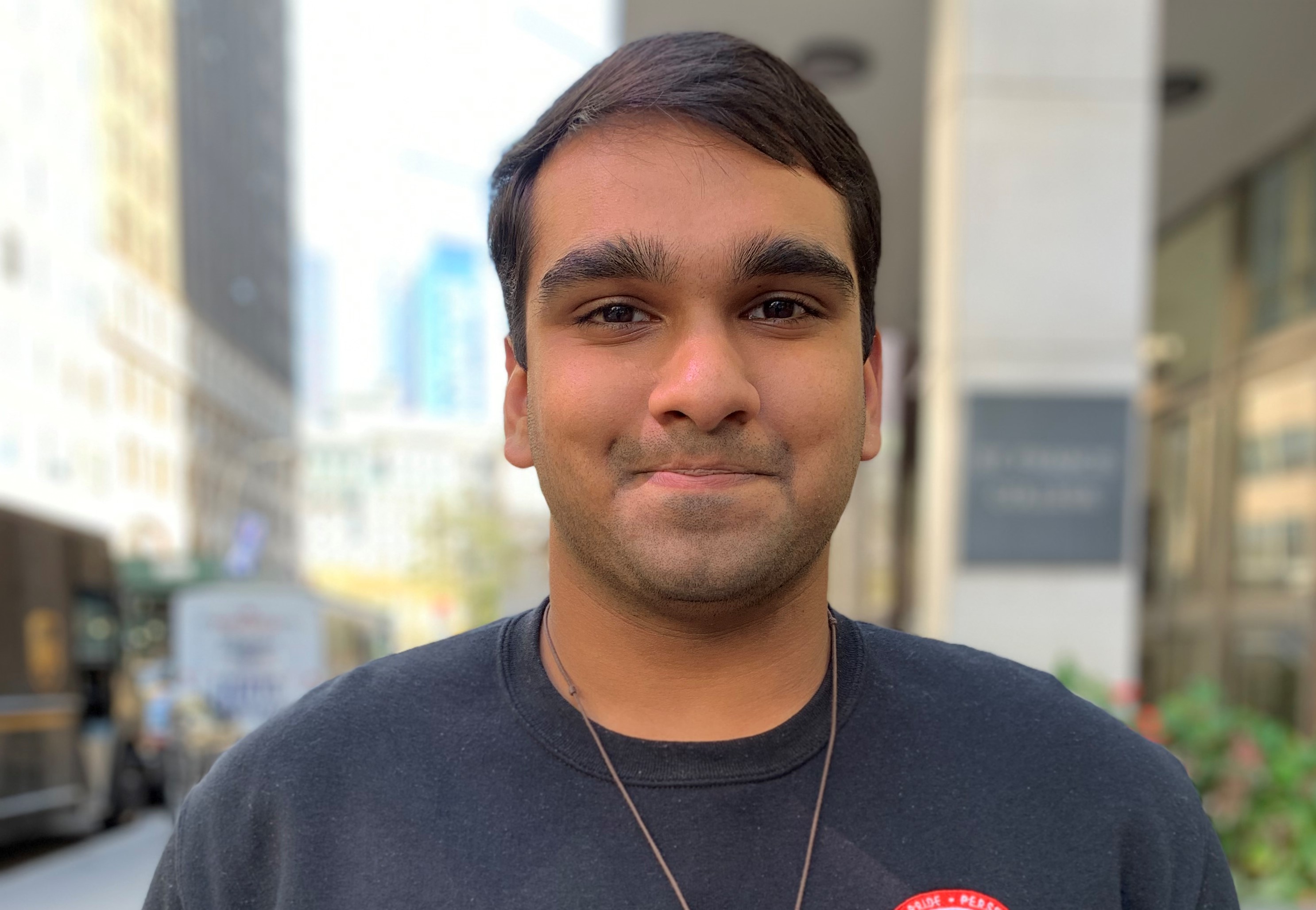 The cornerstone of Isa Khan's vision for his life is public service.

The sophomore Political Science major from Mill Basin, Brooklyn hopes to forge a career marked by military service and, potentially, elected politics. He's making strides in that direction, winning a coveted fall 2019 internship in the Brooklyn office of U.S. Representative Hakeem Jeffries who, as Chairman of the House Democratic Caucus, is one of the leaders in the U.S. Congress.

Isa reflected on his internship, his path to St. Francis College and his goals here and as a citizen.

Internships with U.S. Congressional Representatives are extremely competitive. How did you land yours?

Initially I saw that the Career Center had put up a poster to all political science students, saying that the office of Hakeem Jeffries was offering an internship for the fall 2019 semester. I sent in my resume and, although this is typically an internship that you get when you're a senior or even a graduate student, I was very graciously accepted for an interview.

I interviewed, made a great impression on them, and now I'm here.

I started earlier this month. September 11th to be particular.

Prior to this internship, had you been actively involved with politics?

Honestly, this is my first experience. I do have strong views. However, I don't enforce that on others or expect others to hold to my standards. My only wish is that more everyday citizens would be more aware of what's going on in local government and all levels of government.

Here's an example. I was abroad this [past] summer via a study abroad program in Segovia, Spain. And I was speaking to a German gentleman at a restaurant and he was explaining the course of American politics, the EPA, the Department of Defense, more fluently than an average adult here in New York City. And it kind of shocked me how someone who isn't even in the government, he was a chef at a Hilton in Germany, knew so much about American politics. More than I've seen in average citizens here.

Outside of your coursework, what are you involved with at St. Francis?

I'm involved in the Student Government Association as a Senator. I'm the president of the Model United Nations Club, the secretary for the LGBTQ Alliance, a Student Ambassador and a member of the Diversity Team.

I knew that I wanted to work on myself as a professional while in college because, well, that's the whole goal honestly. But yes, I am the kind of person to get really involved.

At the time [when I was looking at colleges], we believed my grandmother had cancer. As her favorite person in the world, I knew that my being here would support her immensely.

So I started looking at schools in South Brooklyn and I had just gotten fed up with the whole college search process after a while. I had been to so many schools and I'm just like, "it's all the same."

One day my college counselor Ms. Barbara Tolas – she actually used to work here –recommended St Francis saying that they have an Open House for admitted students. And I remembered I did apply here, but it was one of the schools that I didn't check out originally. So I went to the Open House and I fell in love with the school. It was beautiful. The students love being here on campus. They're all striving towards their goals. And really just what sold me on the school was the energy and vibe from the students that I got here.

Are you entirely certain that Political Science will be your major?

I am a Poli Sci major and that is my goal at the end of the day. I decided that my goal in life is to help as many people as possible and public service is the best way to do that.

What kind of public service will you take on?

Hopefully I will go into the armed services soon. But definitely I am considering running for office one day on the local level.

When you say go into the armed services soon, can you describe what your plan is in that area?

Hopefully starting next semester I'll be doing ROTC [Reserve Officer Training Corps] at Fordham University. It's just a matter of if my schedule lines up with their rigorous courses. If not, my secondary option would be to do OCS [Officer Candidate School]. So as soon as I graduate college, I would go into basic training and deploy from there.

Why are you so motivated to go into the military?

I was born in the year 2000. I live in South Brooklyn, where every other street is commemorated for a firefighter or police officer that gave their lives on that day, 9/11. I feel as if it's my responsibility as an American to pay that forward eventually. To protect the same great country that those who served before me did.