Skip to main content
Upload Proof of Vaccination
Reminder: All students, faculty, and staff must be fully vaccinated against COVID-19 and upload proof as a condition of accessing College buildings (including the residence hall) during the 2021-2022 academic year.
In the Spotlight
March 29, 2020 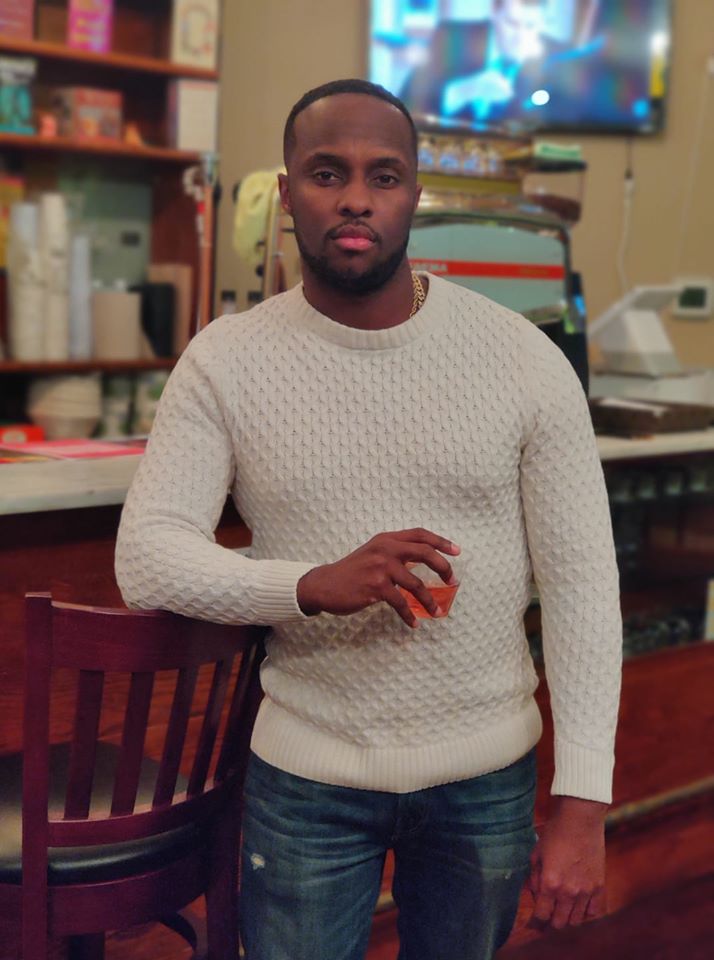 Jose Colon's desire to help others is matched by his zest for entrepreneurialism. These two passions have come together in Stars Café, the new coffee shop he opened in the Bushwick neighborhood in Brooklyn earlier this year.

Stars Café not only feeds its patrons' bodies, but it gives back in important ways. A portion of its proceeds go towards breast cancer causes. And every customer receives a book with every purchase, ensuring the business nourishes minds, too.

Stars Café recently altered its operations to adhere to state and city directives regarding the current coronavirus pandemic. It is offering takeout between 11 a.m and 4 p.m. Before these changes went into effect, Jose, who earned a political science degree from St. Francis College in 2017 and pursued a master's degree in government and politics at Long Island University, reflected on his college years, the obstacles he overcame and what fuels his entrepreneurial and altruistic ambitions.

I found [St. Francis College] through a friend who was on the basketball team. This was back in 2011 I believe. He was telling me about the school, how it's a small college and a great college, and [I] should check it out. So I went over there. I got a brochure. I spoke to a couple of professors and I also spoke to some administrators.

I decided to enroll.

Were there certain professors who really impacted you?

She was the first professor who I opened up to about my disability. My whole life I tried to hide it because I didn't want to feel less than [other people]. I grew up with undiagnosed with dyslexia and ADHD... I struggled with a lot of things when it came to schoolwork. I can give you an example: if I read something, I have to re-read it three to four times to understand it. The fact that I have to do that takes time. There's nothing wrong with that. I tell kids that there's nothing wrong with taking longer to process things than the person next to you.

[Professor Montecalvo] made me feel not only comfortable, but she made me feel good about being able to talk about [my disability]. She helped me understand whatever it is I need, there's always information out there. So she inspired me to open up about it, talk about it. Now I'm going around to schools and having these conversations.

Why political science as your major?

Dr. Frank Sorrentino was my advisor. I fell in love with politics because of him.

Everything we deal with in our lives comes down to policies. Anything you can think of, there's always some kind of policy being made [that affects it]. I was especially interested in education, knowing why we have the policies that we do. Because of St. Francis, I decided to go to grad school to study government and politics.

What inspired you to get Stars Café off the ground?

My mother was my biggest role model in my life, and she was always out there in the community, just caring about our neighbors.

I was also into community organizing. Finding issues, having conversations with people about problems that may be going on in their neighborhoods.

I was speaking with a woman who had breast cancer. She was telling me that she was unemployed, and what she was going through. I felt her pain. This is something that goes on a lot in neighborhoods that we come from, and nobody's talking about it. So I decided to do something about it.

I pitched my idea to certain people and let them know that I'm going to start a coffee shop and some of my profits are going to go to breast cancer. I was able to partner up with NYU.

How did NYU get involved?

I was working as a contractor in the IT department [at NYU Langone Medical Center]. While I was there, I was able to meet a lot of people. I met an amazing lady that worked with breast cancer research. And when I pitched her the idea, not only did she love it, she said she was in. She then pitched it to other people in her department and they loved the idea too. So, because of that, I was able to make it happen.

Your coffee shop also involves getting books into the hands of your customers?

I've been working with an organization called Book Fairies [a non-profit that collects and distributes reading material to people in need]. They're based in Long Island. I know the founder personally. Her name is Amy [Zaslansky], and she's an amazing woman. She inspires me. When I found out what she was doing, I said "hey, I have a coffee shop. I want to work with you." And she said, "let's do this partnership." Now every time somebody comes in for just a cup of coffee, water or whatever it is, it comes with a free book. We also have children in the neighborhood who come in there and they pick a free book every day.

Starting a small business in New York City is challenging. How's it been so far?

I'm not alone in this. I have my wonderful partner, Sharon. I'm the one who has the street smarts and she has the book smart. She basically does operations. I was also able to raise over $50,000 from people I pitched [on the business] who believed in the mission.

The coffee shop has foot traffic, but how we make most of our money is by people putting on events at the location. We have a comedy night there every Friday. We have a lady who does Sunday brunch book club there. So we have had a good start.

What is your message to St. Francis College students who may want to start their own businesses?

Don't be afraid to take a risk. That's my biggest thing. If you don't take a chance, whatever it is that you're thinking about will never happen. What it is you're thinking, go for it.