Skip to main content
Upload Proof of Vaccination
Reminder: All students, faculty, and staff must be fully vaccinated against COVID-19 and upload proof as a condition of accessing College buildings (including the residence hall) during the 2021-2022 academic year.
Student Life In the Spotlights
October 23, 2019

In the Spotlight: Robert Jones; Sociology Major and Transfer Student 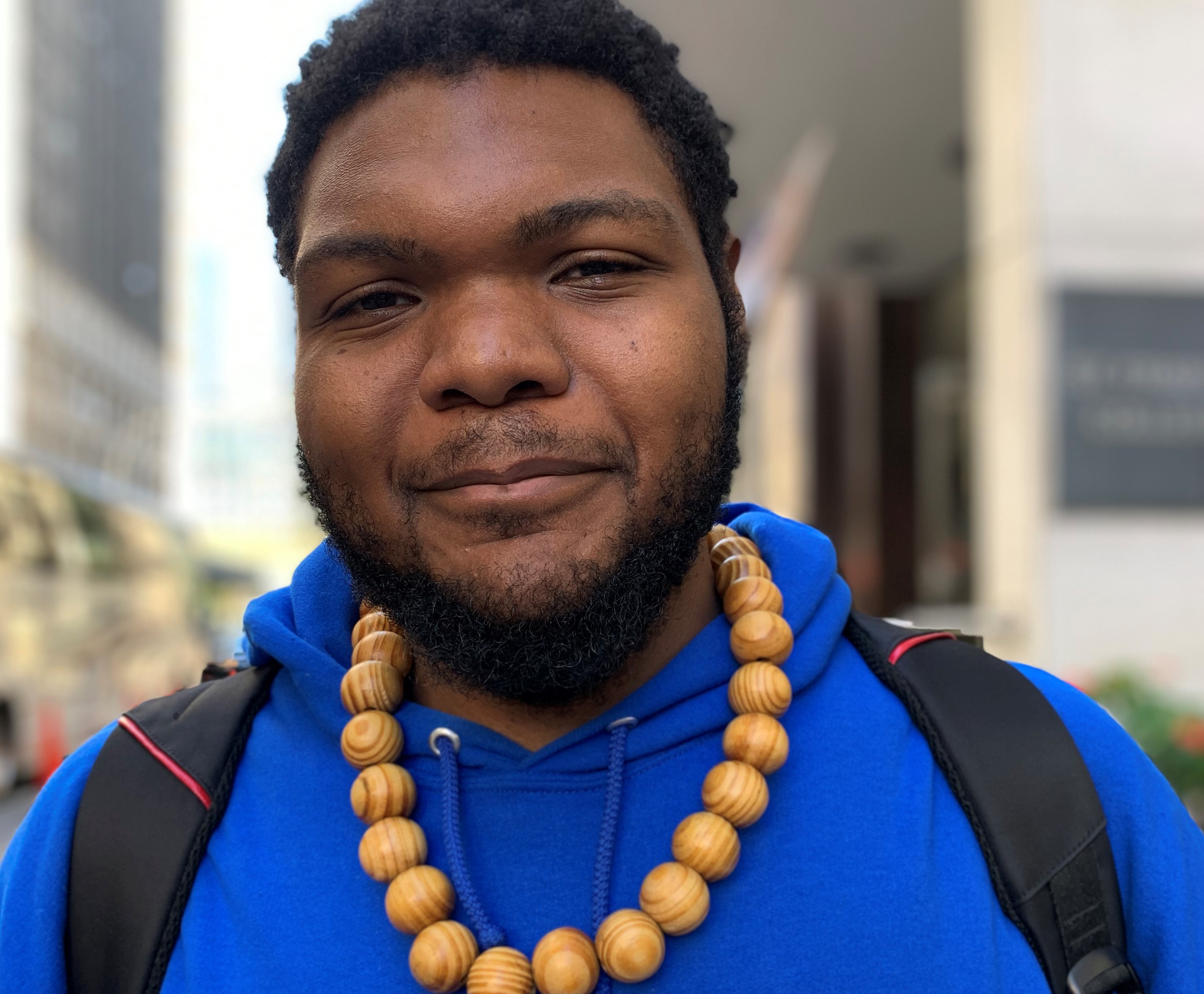 Robert Jones transferred to St. Francis from Medgar Evers College, after receiving his Associate's Degree in Education there several years ago. The Brooklyn native graduated from Brooklyn School of Collaborative Studies in Carroll Gardens in 2009.

Robert recently shared his experiences from his first weeks as a first-year transfer student.

What's the best thing about being at St. Francis College so far?

My first day here as a college student was eye opening. It was a whole different world. I came here because I wanted to switch campuses for new scenery, a new mindset and to come back more focused to graduate.

What are you involved with here?

I ended up re-starting and becoming president of the Video Game and Anime club. My first year here, and I'm already president of a club. The people that I brought into the club, they voted for me because I put in the groundwork. I got the budget, made flyers and recruited members.

There's a lot of anime fans here. I basically have a sixth sense. I could feel that there's an anime nerd culture here. So far we got more than 17 official club members.

What do you want to do after you receive your degree here?

My plan is, once I get my degree, going back to the Japanese Tenri Cultural Institute that I started out in before I came to St. Francis. I was taking Japanese classes there because I plan on maybe relocating to Japan in the next few years.