Skip to main content
Upload Proof of Vaccination
Reminder: All students, faculty, and staff must be fully vaccinated against COVID-19 and upload proof as a condition of accessing College buildings (including the residence hall) during the 2021-2022 academic year.
In the Spotlight
January 9, 2020

In the Spotlight: Tomas De Andrade '19, It Technician, Hitn 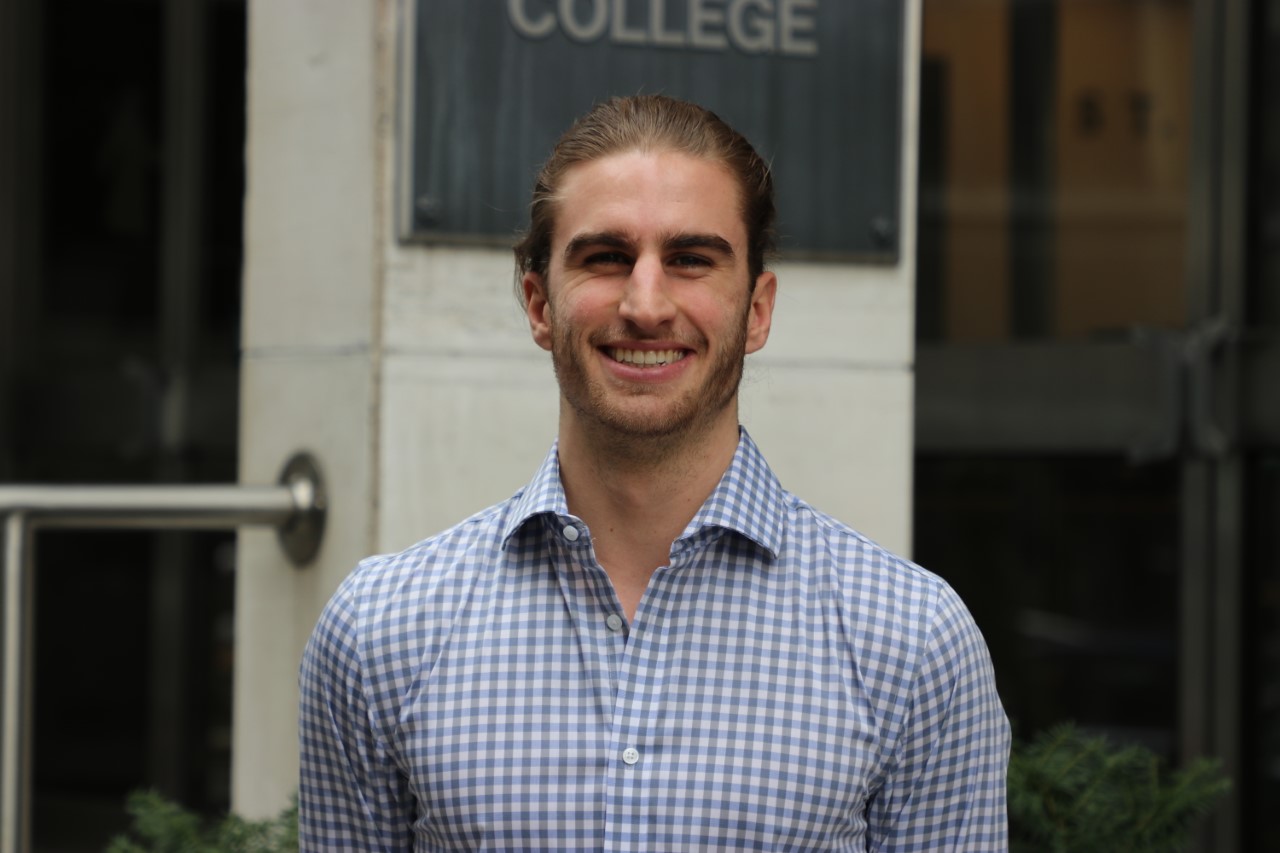 Tomas De Andrade came to St. Francis College from Venezuela, with his eyes on the soccer field. As a stand-out member of the SFC men's team, Tomas played four years under the Terrier banner.

Soccer wasn't Tomas' only passion, however. An Information Technology (IT) major, Tomas learned the ropes of computer systems and programming here, skills that brought him to his first post-graduation job at HITN, the largest non-commercial Hispanic network in the United States reaching more than 44 million viewers in the US and Puerto Rico.

Tomas made his way to HITN via the Brooklyn Navy Yard Internship Program, which places students into positions at Yard businesses.

Tomas recently returned to St. Francis College as part of a team from HITN, to meet with SFC President Miguel Martinez-Saenz and others about the College's growing, collaborative relationship with the network. On his visit, Tomas reflected on his college years and his burgeoning professional career.

How did you get introduced to St. Francis College?

I had a friend here who played on the soccer team. He recommended it to me, told me about it. Then I emailed and texted the coaches and people from the school. It all looked really interesting. The [Brooklyn Heights] Promenade, the field in the middle of the water [Pier 5 in Brooklyn Bridge Park], all of that caught my attention.

What made you decide to attend?

Because of soccer and because it is a really good school. It's a school that helps students be practical [by gaining real-world experience] rather than just learning [in a classroom]. I had a soccer scholarship that helped me through my school years. It [meant I could] go through school without any [financial] problems.

Were there any classes or professors that were particularly important to your success?

Yes, there were a few professors that were really good to me. One was Sandra Wescott. She taught me a lot about databases, SQL, programming, all that kind of stuff. I even took private classes with her when I couldn't take the normal classes because of my [soccer] schedule.

Another was Corinne Smolizza. She showed me all about web design.

What's most memorable about your soccer career at St. Francis?

You work full-time now for HITN. How did you get involved with that company?

It was actually through the [SFC] Career Center. They told me about this program in the Brooklyn Navy Yard. You send your 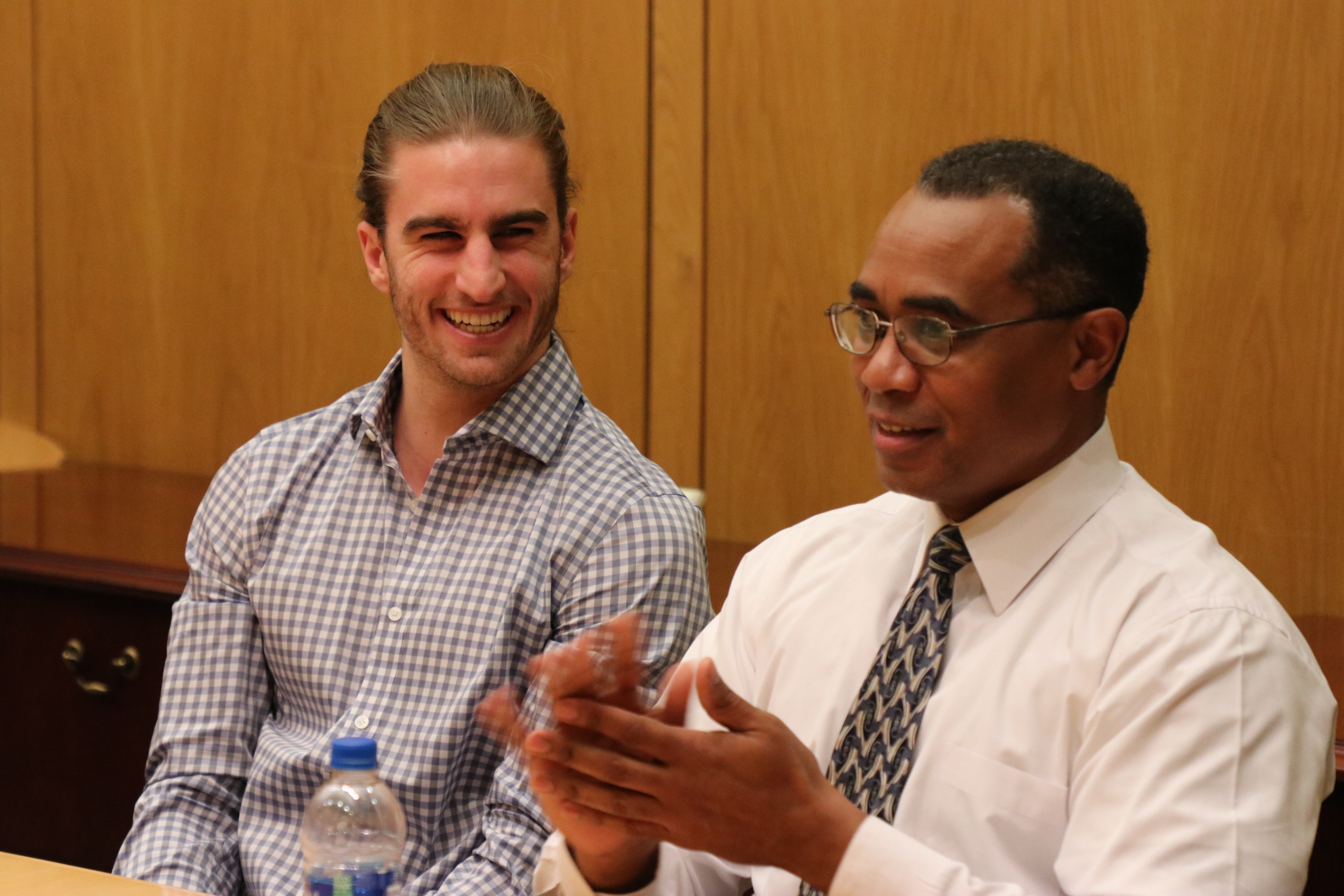 resume and then the Navy Yard gives you as many options as possible [for internships with companies there] that align with your career goals. And one of my options was with HITN. It is a Hispanic [TV] channel, and I'm from a Latin background, so it was a really good spot for me.

I ended up as an intern with HITN through the Navy Yard in July 2019. I was successful in that role. Then HITN took me [directly as an intern] about a month and a half later. Now I'm there full-time.

What are your responsibilities at HITN?

Inside the company, the atmosphere is really good for interns and new employees. [My colleagues] help as much as they can. They give you pointers and they are completely truthful about what you're doing and what you're not, which helps a lot.

From day one, it was really good because I speak Spanish, and everyone there speaks Spanish too. So I could relate on a different level with them. But even if I only spoke English, the relationships [would be] really good. It's an actual team and that's what makes it great.

What advice do you have for students who may want to get into your line of work?

I tell them to focus much more on the classes they actually like and want to take, instead of the ones that they need to take. If they're actually interested in programming, take Programming 1, 2, as many as you can [in that field]. You have to take some other courses to complete your [college] career, but focus on your dreams and desires.