The maintenance is scheduled to take place on the following days: June 21, June 22, July 11, July 13, August 1, August 3, August 16, and August 17. If you experience any problems accessing any of these applications during these dates, please understand the application may be down for migration. SFC IT will be sending out notifications when systems are back online. Thank you for your support and patience during this process.
Academics
November 11, 2019

In the Spotlight: Zaeeda Walters '22; Pre-Nursing Major and Navy Veteran 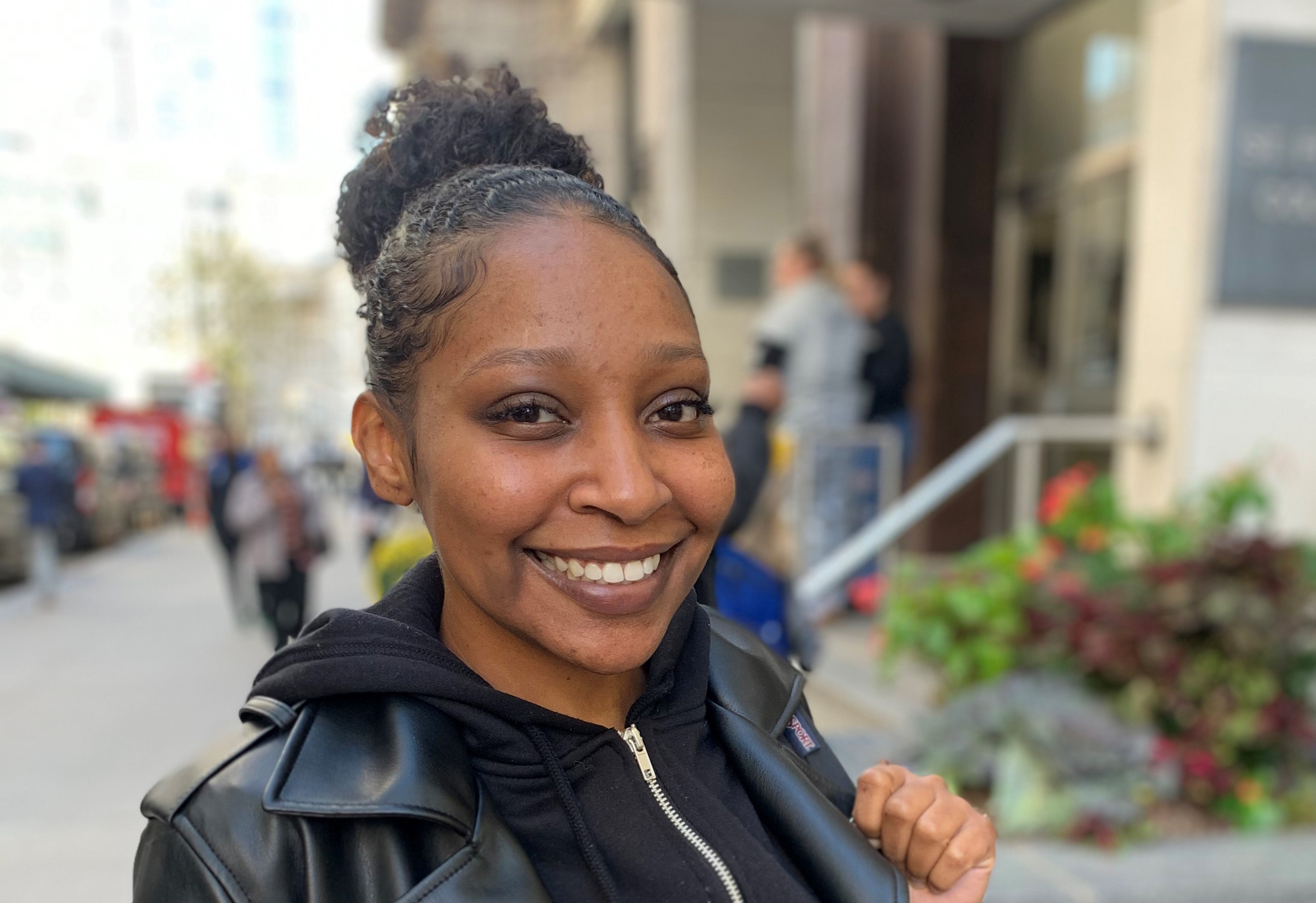 Zaeeda Walters life is one of service. She is a proud Navy veteran, part of a growing number of individuals with military service who enroll at St. Francis College. And she aspires to continue to serve, through a nursing career focused on pediatrics.

St. Francis College supports veterans like Zaeeda in several ways. It participates in the federal Yellow Ribbon Program, meaning veterans can receive supplementary financial support to attend. It offers several scholarships earmarked exclusively for veterans. And St. Francis is home to New York State's only Troops to Teachers office, where, in collaboration with the New York City Department of Education, it helps transition veterans into teaching careers.

St. Francis is now a designated Military Friendly™ School, based on an evaluation of the College's success in ensuring its student veterans graduate and go on to good jobs

In recognition of Veterans Day, Zaeeda, who was born in Brooklyn and graduated from Pine Ridge High School in Deltona, Florida, recently discussed her military background and her path to St. Francis College.

Tell me about your military service.

I was in the Navy for six years. I enlisted in 2012. I was first stationed in Japan for about three years. And then, after that, I was stationed in Virginia.

I left the military because I felt like my service was done, that I didn't have anything else to give and it was time to focus on myself and come home and get my education.

What did you learn from your military service?

I thank the service for everything I got out of it. It gave me stability. It grew me up. I traveled the world. I saw things I never thought I'd see. I learned more things than I ever thought I knew. I learned about integrity and hard work.

It was the best thing for me. It was my path.

What was it like traveling the world at such a young age?

Traveling with people, you build bonds. [Your fellow service members] become your family away from your family. Most people go into the military when they're young. So you're pulled from home at 18, 17, 20, and you're out in the world. Those people are there for you. They help you, because it's hard being out there. In the Navy, you're on the water for months out of the year, and you just have each other's back.

As far as places I visited, Thailand was the most fun I've ever had.

What prompted you to enlist?

I'm the first person within my family to go to the military. I was in my first semester in college at City Tech and it just wasn't right for me at the time. I was presented with an opportunity to not only travel the world but, after enlisting and serving, I would receive benefits for school. So I thought to myself that I'd be able to travel and figure out what I want to do [with my life]. That's what I got out of it. I figured out I wanted to do nursing. I wasn't ready when I was younger, but now I am.

What brought you to St. Francis after your service?

I was searching for a school that fit all my needs. I wanted a nursing program. I wanted something small, intimate. Something close and accessible. I wanted to be in Brooklyn. My family's here.

I did a walk-through at St. Francis, and fell in love immediately. The staff here was very open and inviting. I walked in and there were four or five people in the lobby and they're like, "let's take you on a tour, we want to work with you. You're a vet. We love that." Out of the gate, St. Francis was here to help me succeed.

It sounds so corny, but I want to help people and I want to be the change that I want to see. My grandmother got sick and she was in the hospital for about three weeks. There was a team of nurses around the clock. Not only were they there for her, but they supported us as a family. It was amazing to see. Heartwarming actually. I want to be part of that.

What professor or class really stands out to you during your time so far at St. Francis?

Mark Donnelly [Adjunct English Lecturer]. I had quite a few writing assignments from him that really resonated with me. He taught me how to go inside myself, pull out my experiences and put them on paper. Writing is a passion of mine. I like to write poetry and short stories.

What would you say to other veterans about St. Francis College?

St. Francis is accommodating to veterans. It's welcoming. It has a lot of really good programs.