Skip to main content
Upload Proof of Vaccination
Reminder: All students, faculty, and staff must be fully vaccinated against COVID-19 and upload proof as a condition of accessing College buildings (including the residence hall) during the 2021-2022 academic year.
Academics
September 17, 2012

The St. Francis College Honors Program honored the group’s long time moderator Dr. Francis Greene at its opening event of the fall semester with the inaugural Francis J. Greene Honors Lecture on Monday, September 17. Scholar Michael Pierson, a Civil War historian opened the lecture by asking questions about the Civil War and by describing the great impact the war had on our lives today. He focused on the 13th, 14th and 15th amendments then spoke about his upcoming biography about Civil War soldier Lt. Stephen Spalding of Vermont. Spalding wrote an unusually candid and celebratory seven page letter about a night of carousing in New Orleans. Pierson uses that letter to talk about different aspects of society during the 1860’s, from race relations to masculinity to death. (Watch the Civil War Lecture) 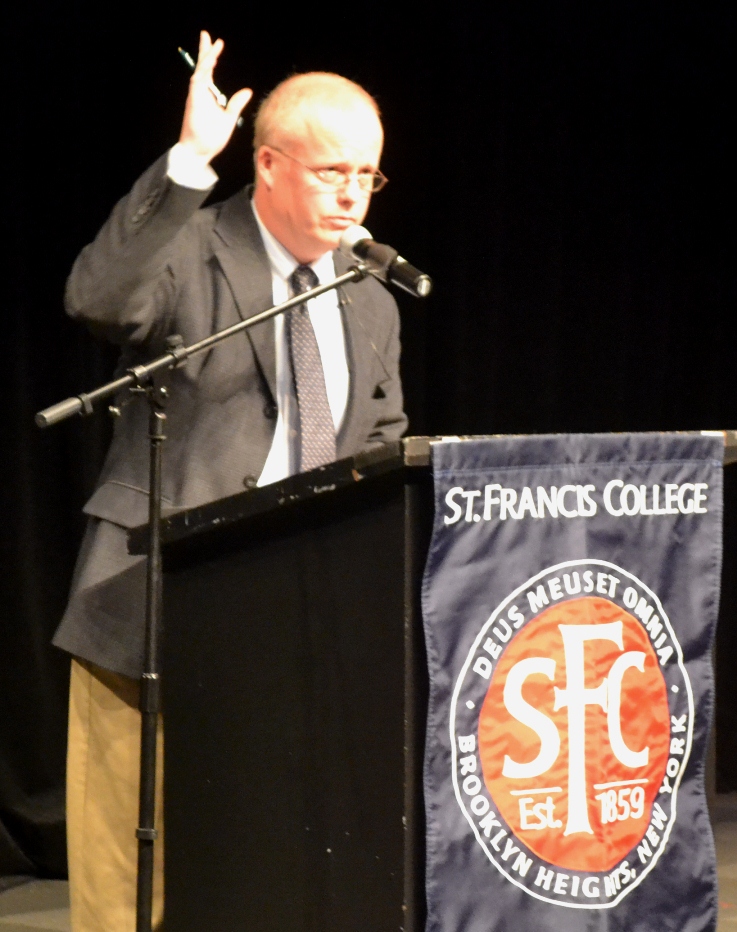 Dr. Greene has been a professor at St. Francis College for more than 30 years and was the long-time chair of the Department of Foreign Languages, Fine Arts, and International Cultural Studies where he still teaches. In addition, he is moderator of the Duns Scotus Honor Society and Co-Director of the College’s Study Abroad program.

Pierson, an associate professor of history at the University of Massachusetts, Lowell, is the author of two book on the Civil War; "Mutiny at Fr. Jackson: The Untold Story of the Fall of New Orleans", and "Free Hearts and Free Homes: Gender and American Anti-Slavery Politics".