Skip to main content
Upload Proof of Vaccination
Reminder: All students, faculty, and staff must be fully vaccinated against COVID-19 and upload proof as a condition of accessing College buildings (including the residence hall) during the 2021-2022 academic year.
Academics
April 15, 2010

Independent Voices on the Middle East: A Panel Discussion

St. Francis College & the Manhattan Institute Host Focus on Affects of Islam and Arab World on the West

Islamic taboos, the struggle for control of Islam and a hard look and modern Islamic thinkers were just some of the topics covered in the panel discussion, Independent Voices of the Middle East, co-hosted by St. Francis College and the Manhattan Institute on Thursday, April 15 in St. Francis’ Founders Hall. (Watch Middle East Voices Lecture)

Frank J. Macchiarola ’62, St. Francis College Chancellor offered a brief introduction for the panel which was moderated by Visiting Professor Fred Siegel, who is currently on sabbatical from Cooper Union for Science and Art and is a senior fellow at the Manhattan Institute and contributing editor to City Journal. 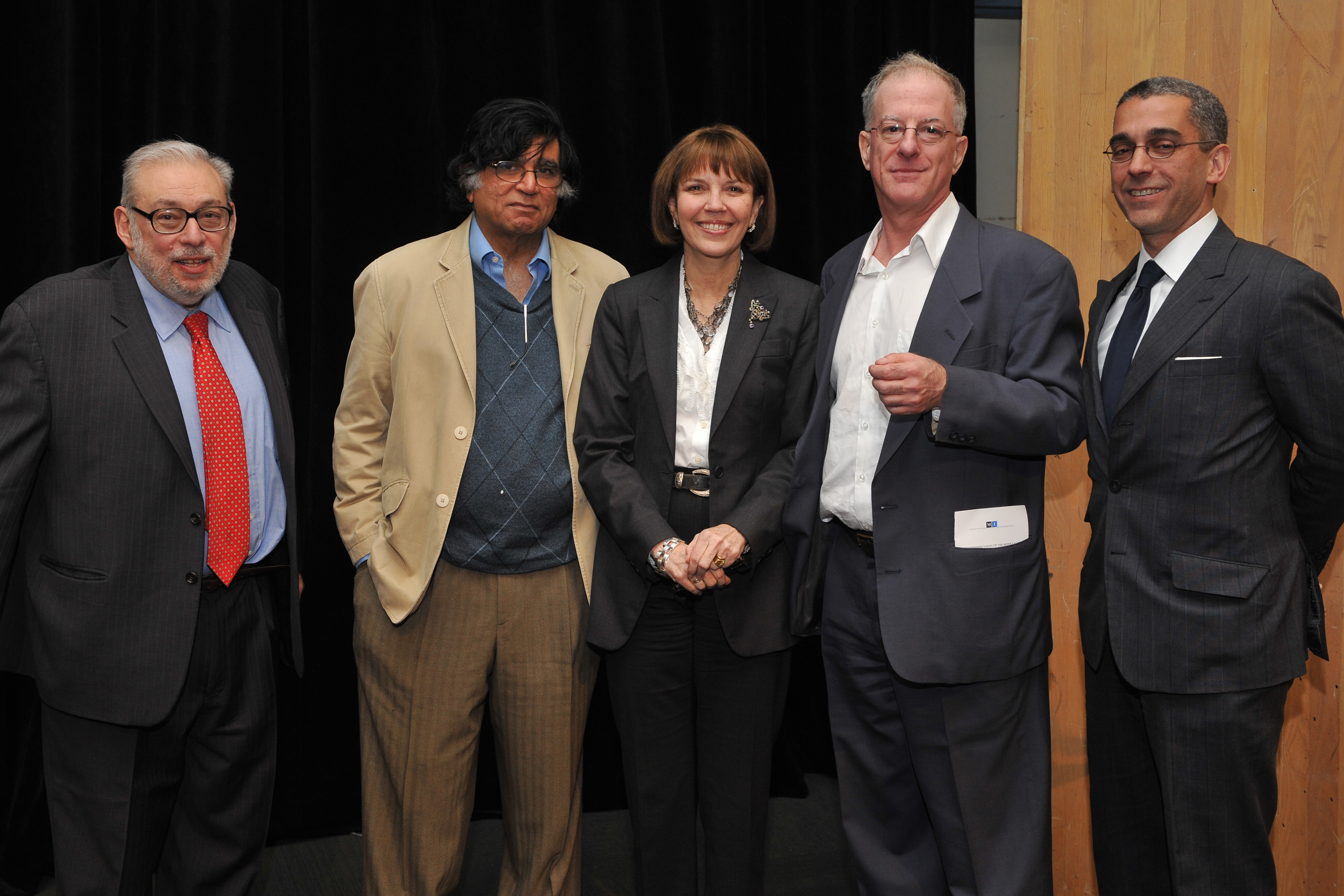 On the panel were: Judith Miller, former New York Times reporter, Adjunct Fellow at the Manhattan Institute and Contributing Editor to the City Journal; Paul Berman, Author of Terror and Liberalism, Power and the Idealists and the Flight of the Intellectuals and Writer in Residence at NYU; Lee Smith, Author of The Strong Horse: Power Politics and the Clash of Arab Civilization and Visiting Scholar at the Hudson Institute and Ibn Warraq, Author of Virgins? What Virgins? and Other Essays and Senior Research Fellow at The Center for Inquiry in Amherst.

Lee Smith began the talk by focusing not on Islam but on Arabism, looking at terrorism under the wider umbrella of Arab nationalism and not on a country by country issue. He said that Islamic terrorism endures as a result of nation states that are friendly or supportive of terrorists and that we do not do enough to try to make this clear to the world.

The response by intellectuals to the fatwa declared against Salman Rushdie was a call to action for Ibn Warraq, who says that he took issue because so many thinkers blamed Rushdie for bringing the fatwa on himself. Warraq says that when dealing with Islam and the Koran, he now sees those same intellectuals and others refuse to speak out for basic rights like freedom of expression, some using the excuse of political correctness.

Paul Berman took issue with the way Swiss born philosopher Tariq Ramadan is handled by the media and critical thinkers, saying that while Ramadan calls himself an Islamic liberal, many of Ramadan’s far more conservative views are dangerously glossed over or ignored.

Looking for a larger context, Judith Miller painted the issues of terrorism as a struggle among Muslims for control of their own religion. She said that the militancy that she covered had little to do with the U.S. or even Israel, but rather it was small groups of Muslims who used the Koran as a weapon to try to silence supporters of tolerance and pluralism. Miller also sees the tide turning against extremism, pointing out that the three books published by the authors on stage with her were able to put out their books without the fear of fatwas being issued and without having to travel with bodyguards. Miller admitted, though, that just because extremism may be ebbing, it does not mean that social reform in the Arab world is on the rise.

After the on stage portion of the panel, several students from St. Francis College, including many members of the Muslim Student Association spoke directly with the panelists about their ideas and philosophies.

This is the fourth panel organized by Professor Siegel and co-hosted by St. Francis College and the Manhattan Institute, the first three were Journalism in the Age of the Internet, Can New York State Government be Reformed? and Keeping New York in the Black, Our Current Fiscal Woes In Light Of The 1975 Fiscal Crisis.