Skip to main content
Upload Proof of Vaccination
Reminder: All students, faculty, and staff must be fully vaccinated against COVID-19 and upload proof as a condition of accessing College buildings (including the residence hall) during the 2021-2022 academic year.
Alumni
November 25, 2019 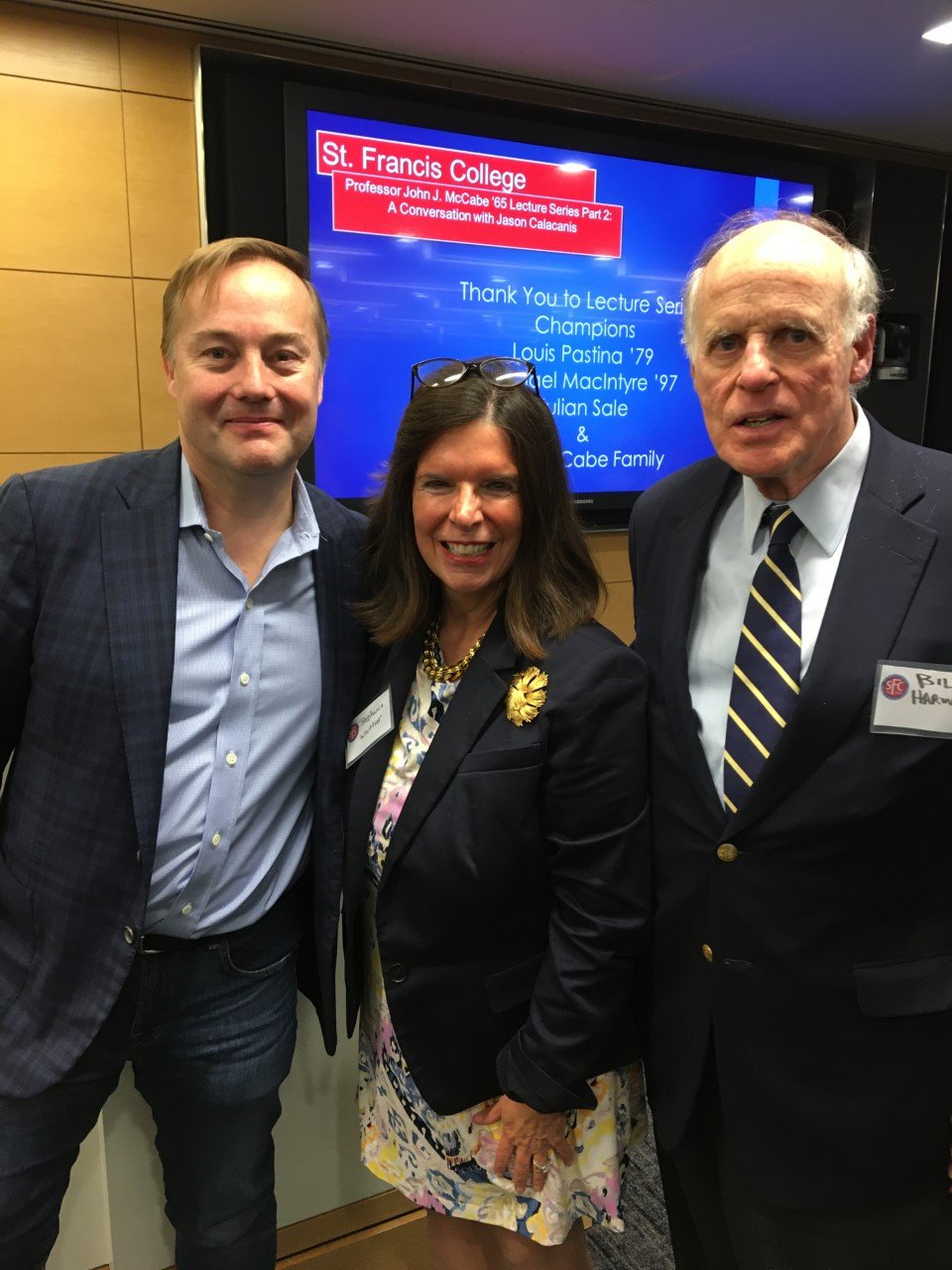 The Professor John J. McCabe '65 Lecture Series Part 2: A Conversation with Jason Calacanis took place on Tuesday, November 19, at Morgan Stanley's headquarters. The lecture series exposes the St. Francis community to perspectives on financial topics from leaders and innovators in the world of finance and economics.

The featured speaker for part two of this lecture series was Jason Calacanis.

Jason is an angel investor, technology entrepreneur, and the host of the popular podcasts, such as: This Week in Startups, and Angel. Jason discussed his path to becoming an angel investor, as well as a couple of misses he has had in his career.

Some of the highlights from Jason's career is being one of the first investors in Uber Cab, now known as Uber Technology. Jason has also invested in Unicorn companies, otherwise known as startup companies who's valuations are over 1 billion dollars, including Thumbtack, Desktop, Calm, and Robinhood.

Finally, Jason explained how he came to write his book and some of the highlights it includes.

"I thought I shouldn't write a book until I was an expert at something." After investing in over 150 companies, Jason decided to take the plunge. His book discusses the parameters around accreditation and insight into what Jason looks for in an investment. Jason's book Angel: How to Invest in Technology Startups: Timeless Advice from an Angel Investor who Turned $100,000 into $100,000,000" was published in 2017 by Harper Collins.

The third installment for the Professor John J. McCabe '65 Lecture Series will be announced soon.