Skip to main content
Upload Proof of Vaccination
Reminder: All students, faculty, and staff must be fully vaccinated against COVID-19 and upload proof as a condition of accessing College buildings (including the residence hall) during the 2021-2022 academic year.
Academics
October 21, 2017

Actress Jessica Hecht (The Price, Friends) came to St. Francis College October 21, 2017 for an Arthur Miller Birthday Celebration marking what would have been the author's 102nd birthday.

The event, sponsored by the Arthur Miller Society, celebrated the playwright's birth on October 17, 1915. Miller lived in Brooklyn Heights in the 1940's and 50's when he wrote notable works, All My Sons, Death of a Salesman, The Crucible, and A View From the Bridge.

Jessica Hecht was interviewed by Janet Balakian (Kean University) and Stephen Marino (Editor, The Arthur Miller Journal) about what it's like to perform in a Miller play; she's appeared in three of them on Broadway. 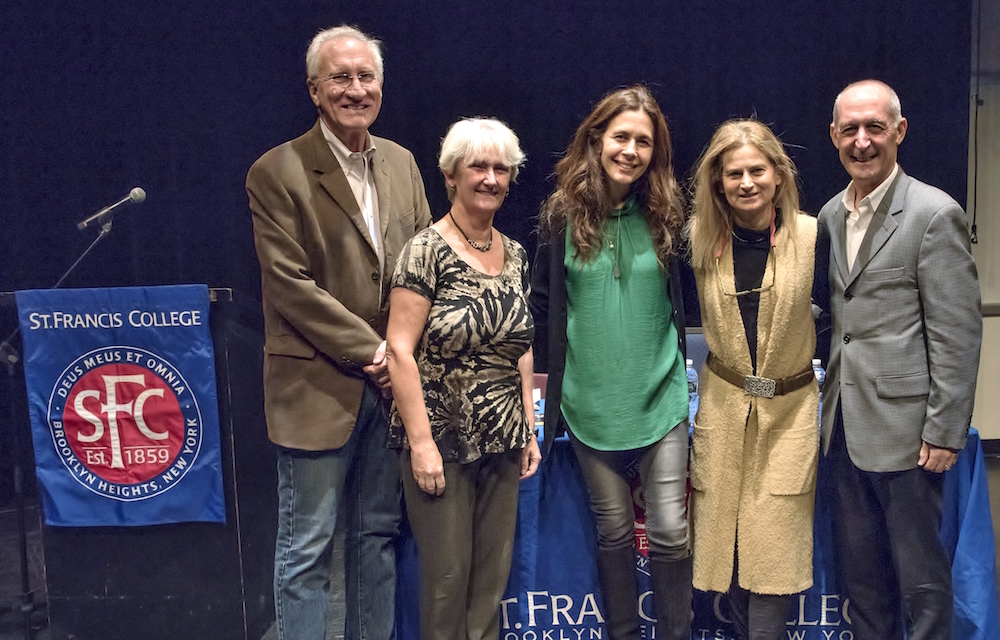