The maintenance is scheduled to take place on the following days: June 21, June 22, July 11, July 13, August 1, August 3, August 16, and August 17. If you experience any problems accessing any of these applications during these dates, please understand the application may be down for migration. SFC IT will be sending out notifications when systems are back online. Thank you for your support and patience during this process.
Academics
February 28, 2011

Admitting that from the outside, societal changes in Saudi Arabia may not look like much, Saudi Arabian Diplomat Tariq Allagany told the audience in St. Francis College’s Maroney Forum for Arts, Culture and Education on February 28, that great changes have, in fact, been made and that the country is on course for more, though at a pace that will be slow, steady and preserve the safety and security of the country and its citizens.

After showing a video about Saudi Arabia and a short lecture on the country, Allagany, who is the Information Supervisor at the Saudi embassy in Washington, D.C., took questions from the audience over a wide range of issues. Among the topics were: the role of Saudi Arabia before and after 9/11 in rooting out and preventing terrorism, the emerging role of women in Saudi Arabia at the university level as well as in professional careers and medicine and using the text of the Koran to urge peaceful respect for all people who believe in God. 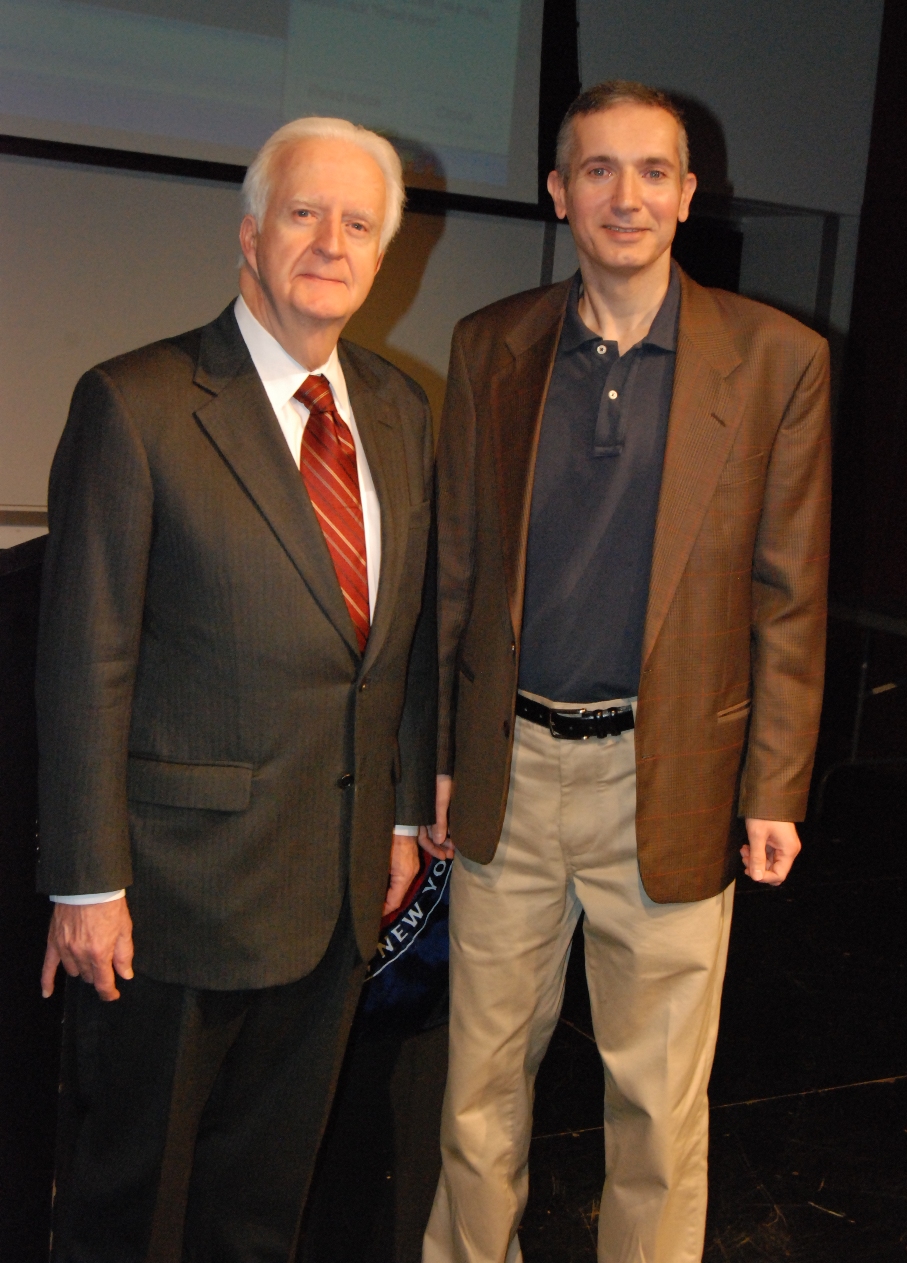 Allagany said that while Saudi Arabia wanted to modernize, that did not necessarily mean westernize. He pointed to building a new hotel as an example saying that while they would build a 5 star hotel, unlike in the U.S. they would not include a bar or dance club. Likewise, if they added a fitness center it would have two, one exclusively for men and one exclusively for women.

One reason for this, he said, was the example set in Iran in the late 70’s. Allagany said that under the Shah, Iran tried to rapidly westernize and the result was the Islamist revolution. He said Saudi leaders are more focused on a steady, controlled pace of change that will not bring shock to their society.