The maintenance is scheduled to take place on the following days: June 21, June 22, July 11, July 13, August 1, August 3, August 16, and August 17. If you experience any problems accessing any of these applications during these dates, please understand the application may be down for migration. SFC IT will be sending out notifications when systems are back online. Thank you for your support and patience during this process.
Academics
May 21, 2013

St. Francis College Management Majors proved their mettle on an international stage, with every team of students ranking near the top for the spring semester Glo-Bus, business simulation competition. 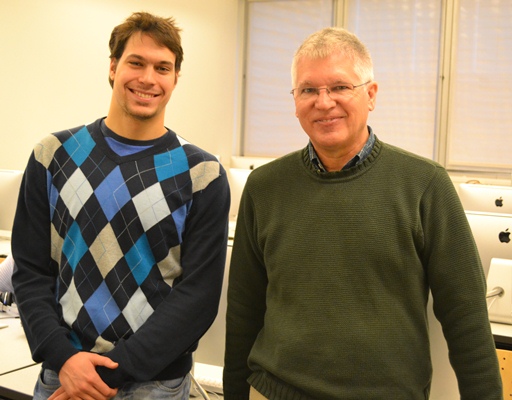 Out of almost 1,500 teams spread across 85 countries, all three teams placed in the Top 50 for at least one category.

“I've never had a class where all of the teams ranked in the top 100,” said Professor John Dilyard who teaches the capstone course, Business Policies, to graduating Management Majors. “Each of the students should both be proud of and congratulated for their outstanding work.”

For the Glo-Bus simulation, students are divided into teams to manufacture and sell cameras globally. They make all the decisions for their respective companies for 10 years, and while they compete against each other, they also are ranked each week against all other teams at all other schools using the simulation.