Skip to main content
Upload Proof of Vaccination
Reminder: All students, faculty, and staff must be fully vaccinated against COVID-19 and upload proof as a condition of accessing College buildings (including the residence hall) during the 2021-2022 academic year.
Academics
June 19, 2018

Men's Volleyball Gets Set at SFC

BROOKLYN, NY. – The St. Francis College Athletic Department announces the addition of men's volleyball to the stable of NCAA Division I teams sponsored by the college for intercollegiate athletic competition. Director of Athletics Irma Garciawill make the official announcement alongside the program's first ever Head Coach Andy Mueller, and CEO of MotorMVB Foundation, Inc., Wade Garard at a press conference held on the campus of St. Francis College tomorrow, Wednesday June 20th at 2pm. 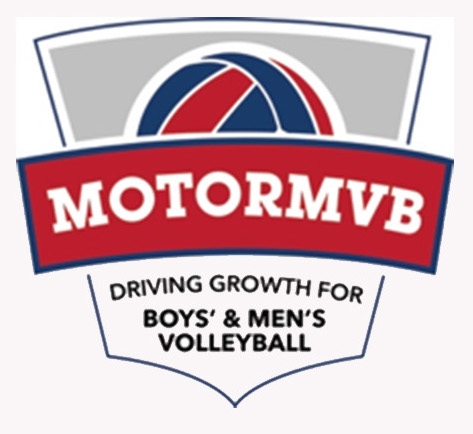 In addition, MotorMVB Foundation is providing a $100,000 grant to help establish the St. Francis program. The MotorMVB Foundation (www.MotorMVB.com) is a non-profit organization with a mission to stimulate the growth of boys' and men's volleyball at all levels in the United States. While there are presently 218 announced collegiate programs nationwide, the organization's goal is to accelerate the pace of growth and through philanthropic giving, increase that number to 380 programs by the start of the 2026-27 academic year. The MotorMVB Foundation's $100,000 grant will be dispersed over a four-year period.

Director of Athletics Irma Garcia is excited to bring a competitive Men's Volleyball Program to Brooklyn Heights. "Providing an opportunity for competitive NCAA Division I Volleyball right here in New York City is something we are very excited about. The support from the St. Francis College Administration to add this program shows our commitment to our student-athletes and the growth of Collegiate Men's Volleyball."

"Thanks to the generosity of passionate volleyball donors, we are pleased to provide support to St. Francis College. The leadership at SFC has really impressed us and we are convinced that Irma and Coach Mueller will guide a thriving men's volleyball program for many years to come," said Wade Garard, CEO of MotorMVB Foundation. "Our foundation board chairman John Speraw always says there is nothing more important than providing opportunities for young people. We are pleased to be able to help do this for boys who will now be able to come to Brooklyn for college and enjoy a meaningful volleyball student-athlete experience."

"We have a fantastic leader in Andy Mueller. His connections within the national volleyball community, as well as right here in the Tri-State area will bring a sustainable foundation for the growth of our program," stated Garcia. 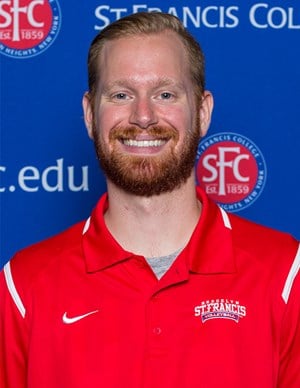 "I want to thank Irma Garcia, Dr. Miguel Martinez-Saenz, Wade Garard, the Motor MVB Foundation and the entire St. Francis College community," stated Andy Mueller. "It is a very exciting time to be starting a collegiate men's volleyball program! I have been lucky enough to work with Head Coach Abra Rummelfor the past two seasons on the Women's side, and am eager to continue that while building up our Men's program at SFC. To be able to start this program and lead this team will be the highlight of my career. The sport has continued to grow in the last decade and we are thrilled to bring Collegiate Men's Volleyball to Brooklyn. We will work tirelessly to provide fantastic experiences for our student-athletes and put New York City volleyball on the map!"

"We are experiencing an incredible growth period for boys' and men's volleyball in America and in the sport of volleyball in general," said MotorMVB chairman John Speraw who also serves as Head Coach of USA Men's National Volleyball team and Head Coach of UCLA Men's Volleyball. "Adding another DI program to the ranks of NCAA Division I is a significant achievement and I am proud it has happened in the first eighteen months of the MotorMVB campaign. We expect the momentum to continue as more and more schools look at men's volleyball. It's rapidly growing at the youth level, a dynamic spectator sport and has a buy in of only 4.5 scholarships. As such, men's volleyball can be viewed in an enrollment model and not just through a revenue model. St. Francis adding is a great moment for our sport!"

A formal announcement and press conference will be held in the Franciscan Brothers Conference Center on the campus of St. Francis College on Wednesday June 20th at 2pm. Media requests to attend the Conference should contact Maggie Martini, at mm[email protected].