Skip to main content
Upload Proof of Vaccination
Reminder: All students, faculty, and staff must be fully vaccinated against COVID-19 and upload proof as a condition of accessing College buildings (including the residence hall) during the 2021-2022 academic year.
Academics
November 10, 2014

Mental Health and Well-Being of Refugee Children and Adolescents

The St. Francis College Institute for International and Cross-Cultural Psychology welcomed Visiting Scholar Tahereh Ziaian, Ph.D. for the talk Mental Health and Well-Being of Refugee Children and Adolescents on November 10. 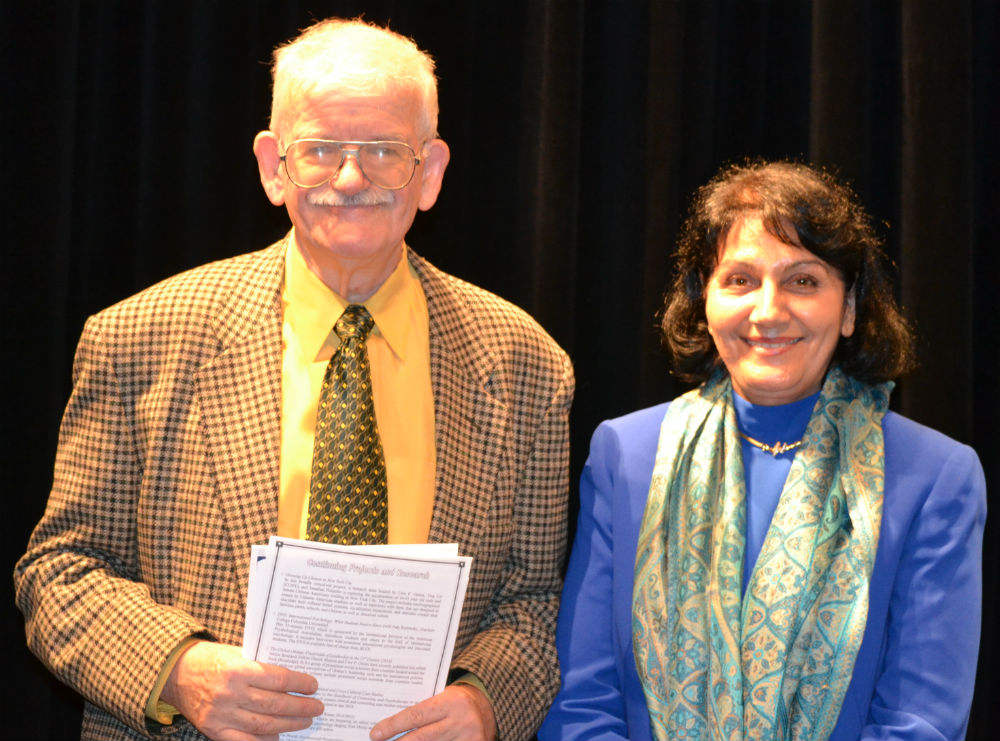 Ziaian is a professor at the University of South Australia who has focused her research on the plight of the growing number of child and adolescent refugees coming to Australia. Her extensive research is policy oriented and supported by a variety of academic and governmental institutions in Australia.

The majority of these refugees come to Australia from places as diverse as the Balkans, the Middle East, Afghanistan, and Africa; more than half are adolescent or younger.

Zianian says that in the past, international and Australian studies have found that refugee children are at a greater risk for developing mental health problems like Post-Traumatic Stress Disorder (PTSD) and Depression.

Among her findings, Zianian says she found adolescent women were more resilient than their male counterparts and that overall very few refugees sought or received mental health services, either professionally or from family and friends. Many of the children reported that things were much worse before they got to Australia and Zianian says the population as a whole was coping remarkably well.

She did add that fighting the stigma associated with mental health was an important barrier that needs to be overcome and delivery of services needs to be improved.