Skip to main content
Upload Proof of Vaccination
Reminder: All students, faculty, and staff must be fully vaccinated against COVID-19 and upload proof as a condition of accessing College buildings (including the residence hall) during the 2021-2022 academic year.
Academics
December 17, 2007

St. Francis College is the recipient of a major pre-holiday treat from alumnus John '51 and Mary McCarthy. The McCarthys pledged 1 million dollars to the College to help St. Francis continue its educational mission.

"A gift like this might not look that big compared to other larger institutions, but for our small college of just 2,300 students, this is a huge show of economic support and devotion to the college," said President Frank Macchiarola '62. 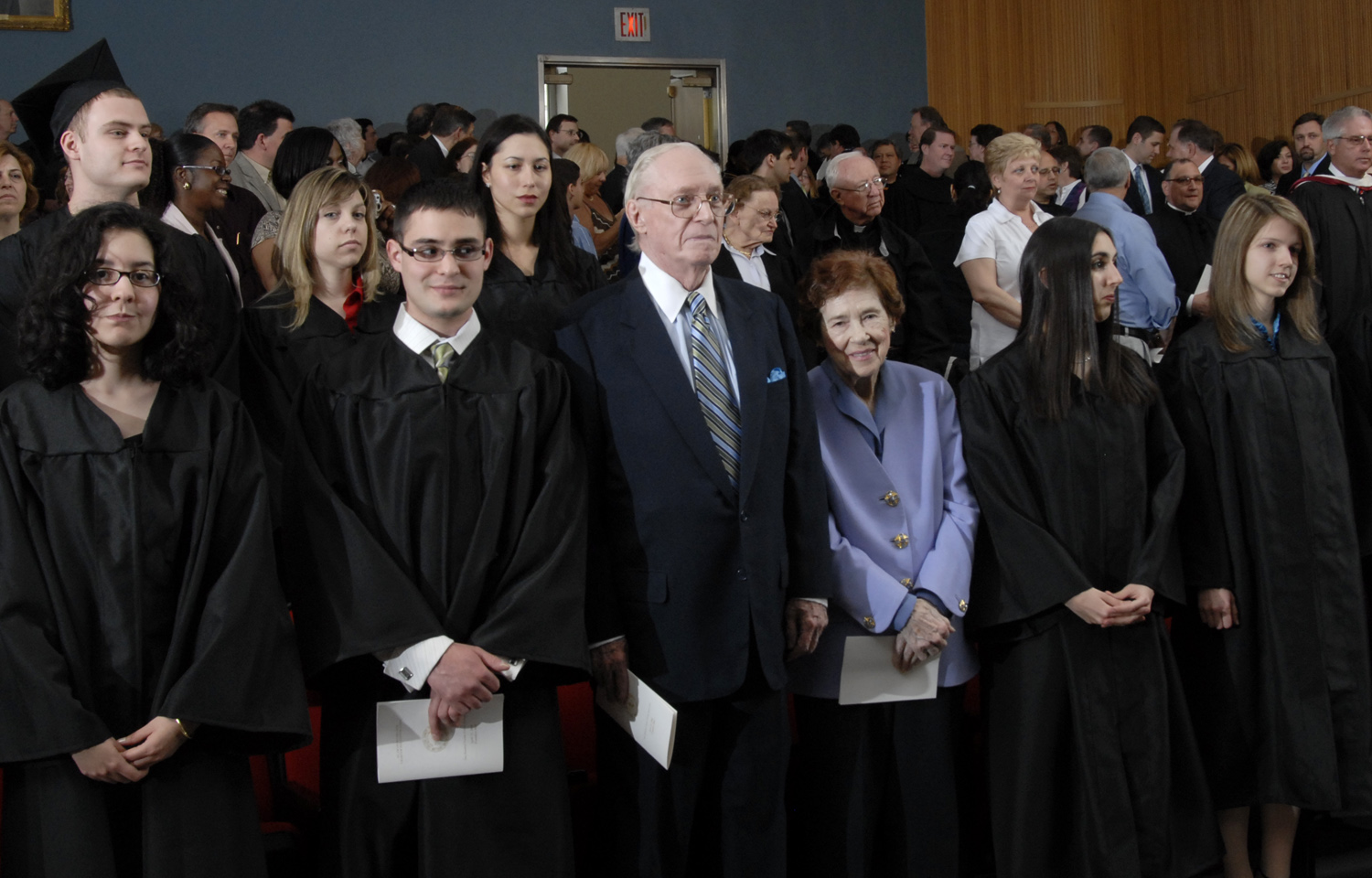 The McCarthys have been generous supporters of St. Francis College for more than twenty years. They have endowed twelve full scholarships for students, the first of which was awarded in 1987.

"With someone like Frank Macchiarola at the helm, I know that our money will be used where it can have the most impact on the students," said Mr. McCarthy. "Right now we are humbled knowing that our name sits on scholarships that allow twelve students a year to get a sound education they otherwise may not have been able to afford. We know Frank will take this new gift and use it in a way to help all students and the campus as a whole."

Beginning in 2008, St. Francis College will celebrate its 150th Anniversary. Among the special events and milestones to be recognized are the Charter Award Dinner on April 8, as the College honors President Macchiarola and in May, the College's first graduate students will receive their Master's Degrees in Accounting as part of the new five-year combined Bachelor's/Master's Program.