Skip to main content
Upload Proof of Vaccination
Reminder: All students, faculty, and staff must be fully vaccinated against COVID-19 and upload proof as a condition of accessing College buildings (including the residence hall) during the 2021-2022 academic year.
Academics
November 8, 2016

Locker room talk, catcalls, and public shaming of sexual abuse victims sat front and center in the 2016 race for President. Much of that public conversation on sexuality is focused on women and how they need to behave, but playwright Katie Cappiello (Slut: The Play) turns the talk back on men, speaking directly to them with her new play, Now That We're Men, which was performed fives time at a special engagement at St. Francis College in October and November in the College's Maroney Forum for Arts Culture & Education.

Presented by The Feminist Press, Now That We're Men wrestles with misogyny, double standards, and harmful expectations of masculinity told by boys on the cusp of adulthood. This urgent, insightful intervention brings to light how sexist culture harms all young people. 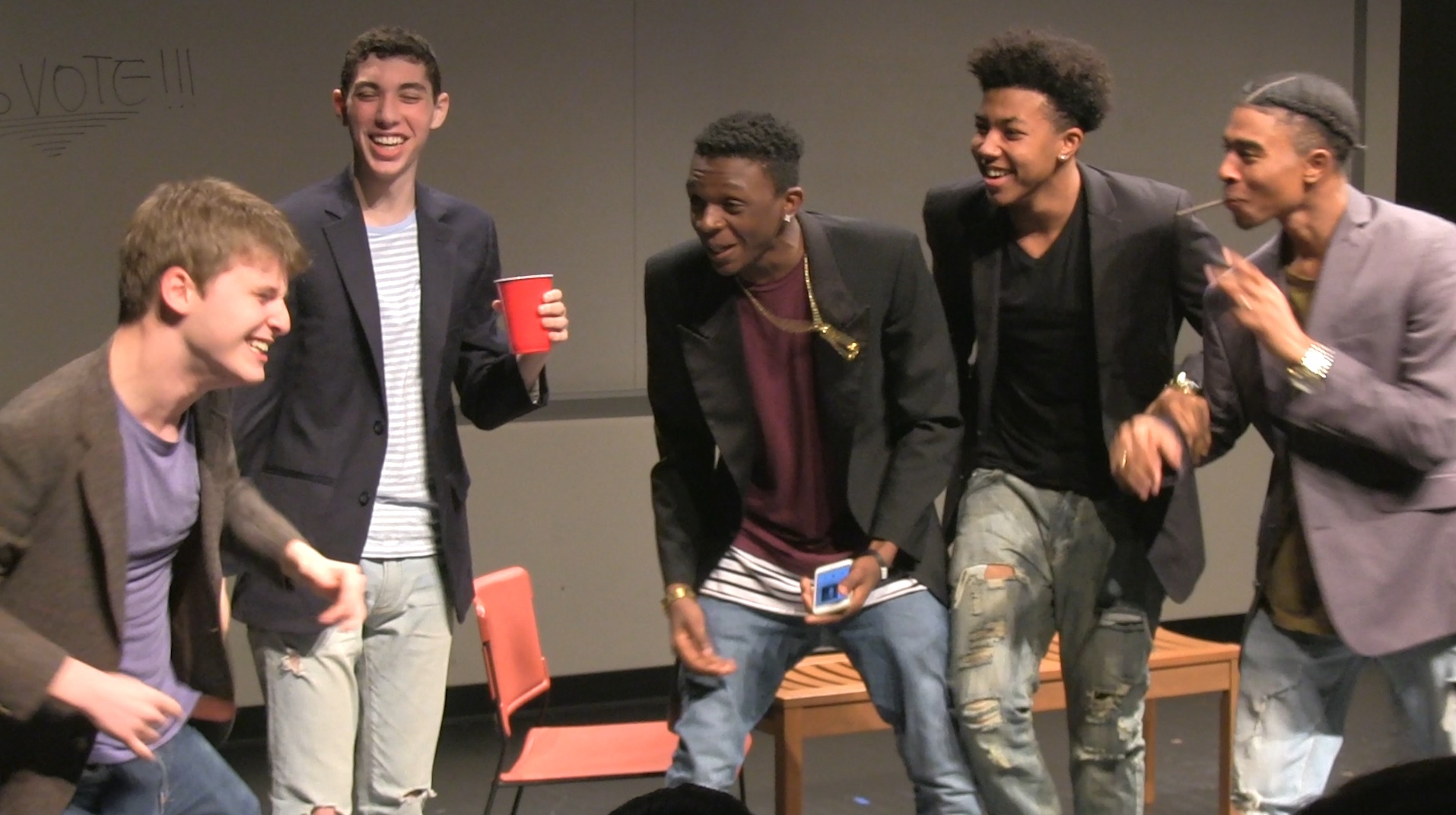 "If we are serious about changing rape culture, we have to be curious about the experiences of young men as well as young women. This play electrified me—and enabled amazing conversation with my 11-year-old son," said Jennifer Baumgardner, Executive Director of the Feminist Press and publisher of Now That We're Men.

Each performance was followed by a minute talkback with the creator & cast members.

The Feminist Press is an educational nonprofit organization founded to advance women's rights and amplify feminist perspectives. FP publishes classic and new writing from around the world, creates cutting-edge programs, and elevates silenced and marginalized voices in order to support personal transformation and social justice for all people.